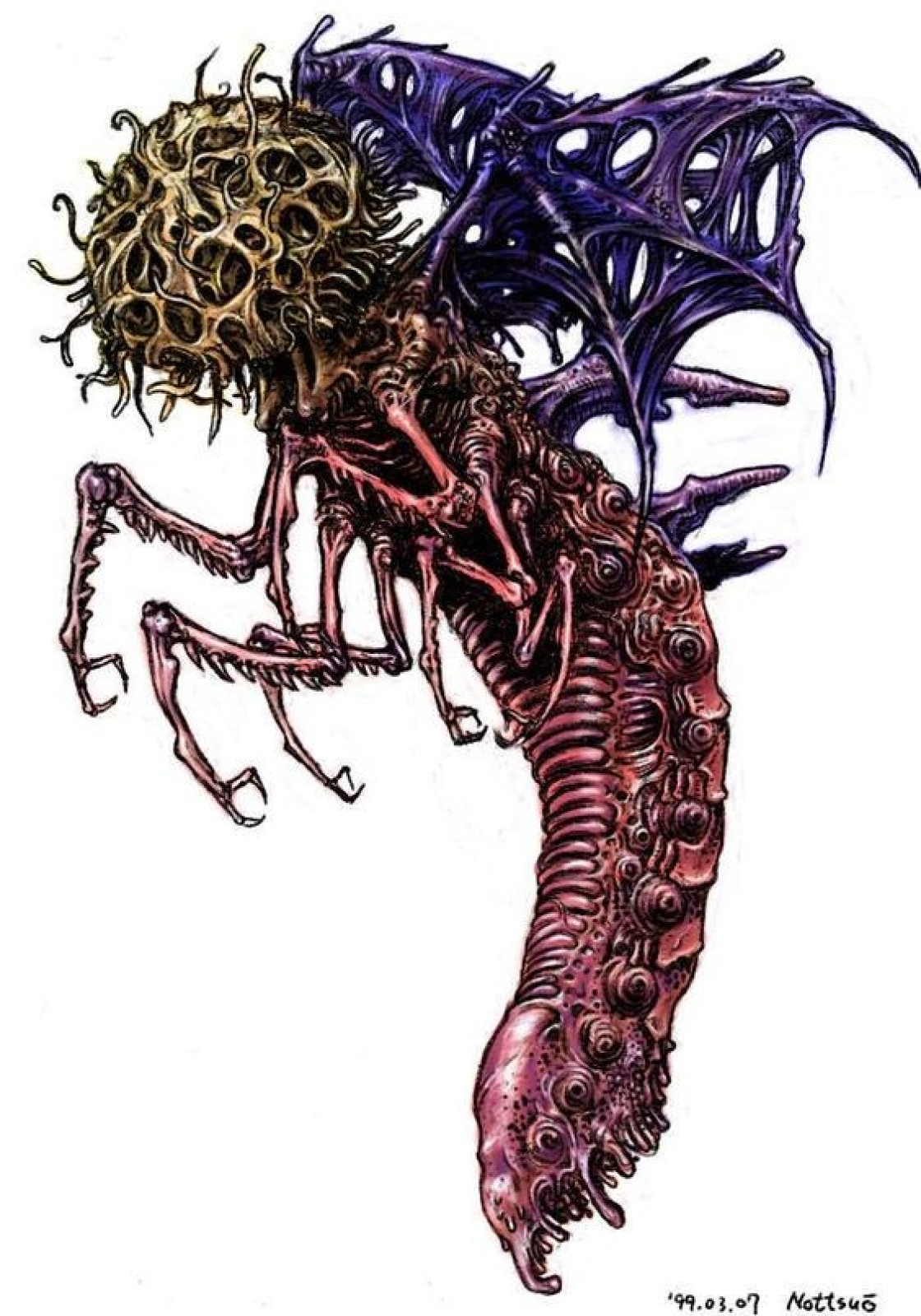 It's a face only a mother could love... If they had one.
— Imari, Dhanû Clan-Warrior

Duǎn-Kah, also known as Fungi-Eel, are amphibious creatures that combine elements of fungi, animal and aquatic creature into one amalgamated whole. While not exactly domesticated, they are tame enough to see regular use along the rivers of Sheoin by the Dhanû people. Not quite animal and not quite fungi, the Duǎn are able to survive in places where either might falter.

Duǎn are large, long animals with a centipede-like lower body covered by a soft, rubbery chitin. It has between four and six longer arms at the front of its body, tipped with pincer-claws. Smaller claws line the rest of its body, which it uses to either swim or skitter along the ground. The bottom of the Fungi-Eel's body terminate into soft mass, which is the creature's external stomach. On the other end, the Duǎn has a large sponge-like bulbous growth as an head, pockmarked with holes and lined with wiggling tendrils. Most Duǎn are about one to two meters long, with a few larger specimen reported.

by Rock Cafe.info
The Duǎn's carapace is range in color from dark purple to psychedelic pink, with swirls, knots and crenelated ridges. It covers the creature's back, leaving the front exposed to show thick banded flesh with a similar consistency as an eel. Although soft, the carapace of a Duǎn is tough and durable.
Parasites and disease often cause ridges of hardened carapace to rise from the Duǎn's back and sides. These misshapen and discolored patches of growths can come to cover as much as half of the creature's body in an elder specimen. These unfortunates rarely live much longer, as the combined strain of parasitic infection and added weight make them easy prey. Some parasites in particular are even known to shed bioluminscent light - making the Duan easy prey.

Fungi-Eel are scavengers and opportunistic predators. Most of their diet come from filtering water for bits and pieces of edible matter, scavenging corpses or drowning animals (or people) who come too close to the waters. While they lack claws or fangs to savage victims with, Duǎn are surprisingly strong and can with little trouble wrap around and crush their prey. Animals are dragged below and usually set upon by several Fungi-Eel to be crushed and mangled.
The eels of the same brood often share the same water. Conflicts over food or mating are common, but rarely lethal. In these struggles, the Duǎn try and grapple with one another until the stronger can force the other to submit.   When resting, the Duǎn will coil together in a writhing mass with a few members awake and ready to alert the others.

by Rock Cafe.info
Duǎn feed through their tail end, pressing the squiggly end against their prey to dissolve and absorb them at the same time. Smaller prey are pushed into the animal by contracting muscles, while larger ones slowly consumed from the outside in.

Fungi-Eel are hunted by any number of monsters both on land and in the rivers. Nebiri-Shi will sometimes swim up the river from the Abyss to murder and eat entire broods.

Duǎn are birthed in broods from spawning-hives. These hives are the final stages of a fungi-eels life, should they survive predator and disease. Once a Duǎn becomes too old to hunt, it begins to undergo a metamorphosis, molting and mutating until it has swollen to become several times its original size. These immobile creatures are still alive and emit a constant cloud of spores into the waters around it, calling for other Duǎn to feed and defend it. In turn, the old Duǎn fill with eggs that the others fertilize. Fungi-Eel spray the entire nest with spores and leave the hive to do the rest. 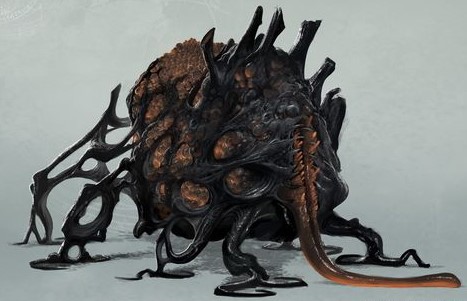 by Loïc Muzy
These hives can birth generations of fungi-eel, with only death by either predator or disease ending the process. Eggs are fist-sized and semi-transparent orbs of amber color, fragile and prone to bursting apart if handled without care.   Hatchlings resemble colorful and chitin-covered lamprey eels, going through a series of molts where they cover themselves in a mucous cocoon before reaching their adult stage.

They might be hideous, foul-smelling, mean-tempered and disgusting bastards... But that just reminds me of my sisters, bless them.
— Imari, Dhanû Clan-Warrior

Dhanû use the partially domesticated Fungi-Eel as aquatic draft animals, pulling rafts and boats. Though clumsy and blind on land, they sometimes see use pulling heavy loads in straight lines across cavernous grounds. They are most commonly found in and around the Fortress-Garden and smaller farms along the river. In the fortress particularly, they are harnessed with nets to dredge fertile slime from the river. Despite their size, they are able to pull considerable loads. They are usually used in pairs, connected by an harness and axle. 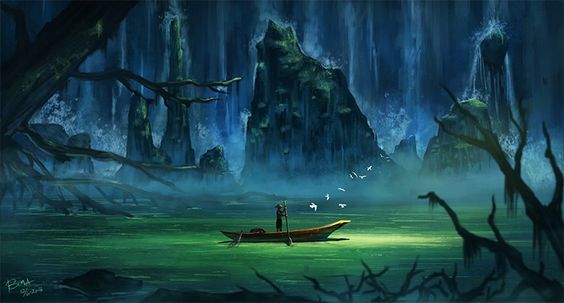 by Bima
Duǎn are not pleasant animals to work with. They are half-feral and careless handlers can with little trouble be pulled under and drowned. Such animals are always killed and the hives seem to possess some sort of generational memory. Broods from hives that have witnessed such punishment seem less inclined to indulge in human flesh. It is this structure and reliance on the hive that make them relatively easy to control, though they should never be mistaken for tame.

Sheoin Region   The Duǎn-Kah are native to the black rivers of the Sheoin Region, a cold and hostile part of the Inner Shell. In these caverns, the land is it was with itself as competing eco-systems battle for supremacy. The fungi-eel stay to the rivers, the greatest of which is the Writhing Dragon River.   Read More About Sheoin

It isn't entirely clear to Dhanû how the Duǎn see through the black waters of their home. The creatures have no recognizable eyes or ears. The best guess so far is that the writhing tentacles that cover the entirety of its head somehow allows it to sense the world around it.   For this reason, domesticated Duǎn are often fitted with crude helmets that smother the tendrils' range in all directions but forward.

The Duǎn can survive the loss of most its head, though it renders them effectively blind.. It has given rise to the Dhanûian expression of "head like an Duǎn" when speaking of especially dim-witted individuals.

Duǎn communicate with each other by releasing sprays of spores into the water and are able to modify the exact composition for different purposes. As best scholars have been able to determine, different spores have different tastes and that may be the key to how the eels communicate.   Such spores can also be used to hunt or escape. Duǎn can release a large cloud of glue-like spores to smother prey or mask a quick escape, through these quickly lose cohesion outside of water.

The eggs from a Duǎn hives are sometimes eaten by starving fungi-eel, the only case where the animal will eat their own. Humans find the eggs salty and phlegm-y, which have barred their entry into Dhanû cuisine at any scale other than the occasional experimental chef.

Strong spirits disorient and confuse the Duǎn, causing them the writhe and thrash about haplessly. It is sometimes used to control or disperse a swarm in the water and sometimes used for entertainment.   Bored workers will splash alcohol on the animal to watch them dance, though care must be taken not to get caught by the coiling creature.

Duǎn are not popular additions to Dhanû Cuisine, combining unpleasant the flavors of salty, wet mushroom with fish like mucus. Its texture has been compared to biting into a snot-filled sponge, making it a difficult dish to sell for the ambitious chef.   In hard times, the Duǎn become part of the dish but mainly for the poor. It is usually boiled in stew with as much additional flavor as possible to try and mask the Duǎn flesh. The head is toxic to eat, but some chefs are experimenting with extracting the spores from it to use as spice.   Pickled Duǎn does find its way onto tables during Feasts, mainly a sort of dare. When pickled, the Duǎn flesh bloats and expands, absorbing the liquid it is stored in. Warriors will dare each other to eat the swollen cuts of meat for everyone's amusement. 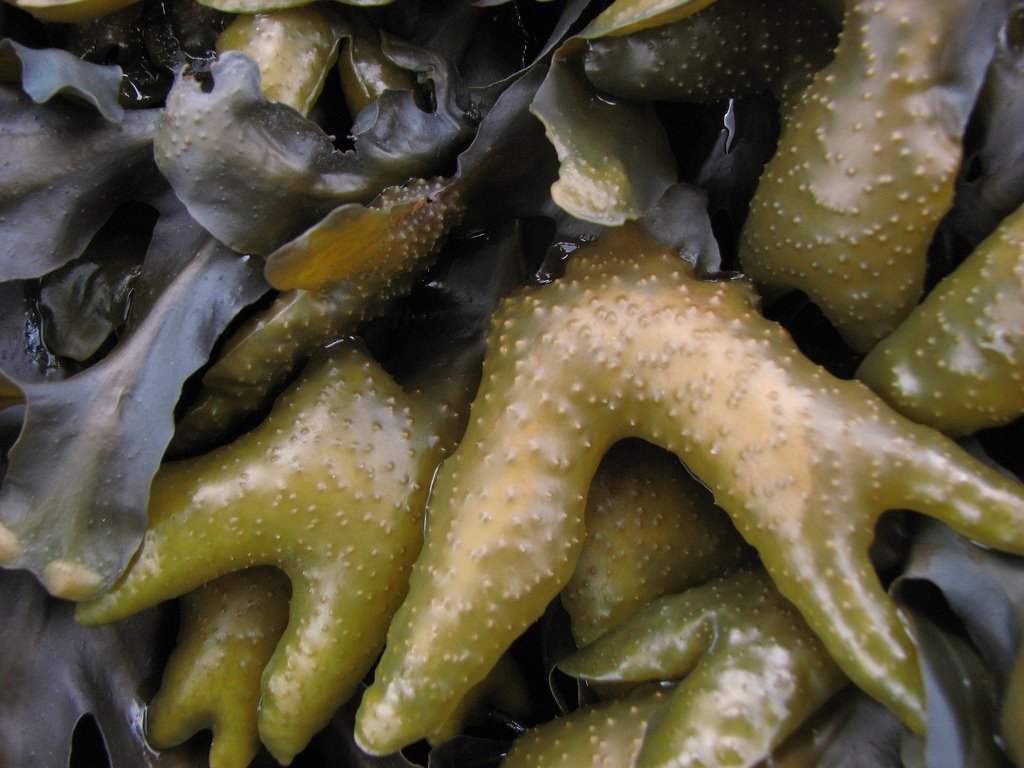 A land at war with itself, with humanity caught in the middle.

Drink and be merry, for tomorrow you may be dead!

Answering: "Write about a creature that is used as a beast of burden or transport animal."
Visit Qurilion's Competition Page Check all other answers to this prompt Competition Homepage

Well, I certainly would not like to come face-to-face with a Duân. You certainly have a skill in making even beasts of burden horrifying.

Well, this was certainly an exotic looking animal. I like that it is an amalgamation of the some of the core elements in Araea. Not really an animal I would like to meet, I think. ^^ The article is — as usual — very informative and good looking. Interesting that it has a generational memory (at least some sort of one), and I liked the sidebar info, especially its use as a dish (It does not sound like a well tasting dish though). The one problem I had a hard time picturing, was how large it was. (At least a grown specimen). Is it the size of a medium sized dog? Or something smaller or larger? But all in all, great article. ^^

Around the middle of the description bit:

Most Duǎn are about one to two meters long, with a few larger specimen reported.

Does that help? Or was it unclear even with that description? :)   Thanks for the comment, I'm glad you liked it :D
Creator of Araea, Megacorpolis, and many others.

It helps a lot, I think. So, not so small as I sometimes thought. ^^ You're welcome :D

I bet one of these will cost a literal arm and a leg to Dhanû salesmen.

Definitely a great take on the prompt, and as I read through others' works I am reminded that I really need to start including the life cycles of my own species when applicable.

Thank you <3 I'm glad you liked it   I think Life Cycles can be interesting places to add some of the wackier elements of a species. From generational memories to parasitic procreation, there's space for much more than just eggs and omelets. :D