The column stretched on for as long as the tunnel went, haggard men bound together by chains. They had to get down on their hands and crawl up the slope under the lash of the guards.   Not all were guilty of the crimes that had brought them here, but no one cared. Once you made it to the Gate, you were nothing but meat for the grinder.

The Slaver's Gate is at once a city of merchants and a prison. It is fueled by avarice, dependent on a steady stream of slaves to work its mines and fields.   It's been called the Maw, both for its bottomless appetite and the way it swallows whole the lives of so many.

Alazeta is the beating heart of a complex system of caverns and tunnels, connecting the Inner and Outer Shells. From this seat, it has been able to carve a place of importance for itself as an important center of commerce, communication and travel. For merchants, suffering through the smell and tariffs is a safer bet then trying to brave the uncharted tunnels around it. The city has grown along the chasm that divides the route and up the massive spires to house its ever growing population, willing or otherwise.

The east border of Alazeta is cut by a deep chasm that has come to be named 'the Divide'. A single wide stone bridge spans the gap and leads travelers to the gate of the city proper, and control of this point of access has been key to the city's success. It has been fortified accordingly, the massive gate flanked by blockhouses dug from the stone. 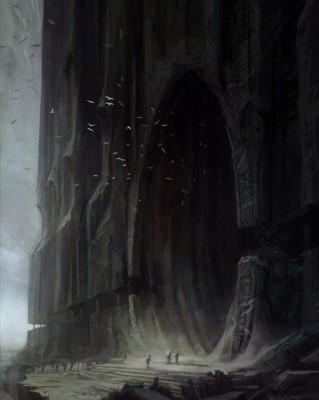 Past the gate and skirting along the chasm edge to envelop most of the city's length is the Merchant's Quarter. The buildings here are clustered along the massive spires that connect the ground to the ceiling. The wealthiest claiming the highest perches, while indentured servants, workers, scribes and other common folk live along the base or in smaller hovels between spires. 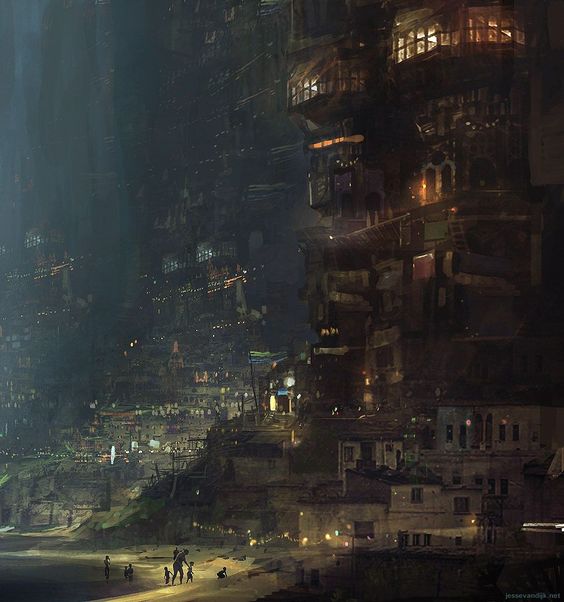 The Quarters is where most of the city's real business happens and it is a never-ending bustle of goods being moved, wares hawked and prisoners from distant lands marched towards the Pit. Bio-luminescent fungi, fire-grub lanterns and Hattick torches provide light at every hour and keep the business going, the coin flowing.

Walled off and guarded, the Inner Keep is both a fortification and a place of luxury. It is where the natives citizens of any status live and display the wealth of their city. The Keep goes downwards, following a spiraling shaft before breaking off into a series of tunnels, most used for Horoi dumping sites. The buildings burrow into the chasm shaft sides and though the Inner Keep is much smaller then the Merchant Quarters, here is were most of the city's fortune is concentrated. 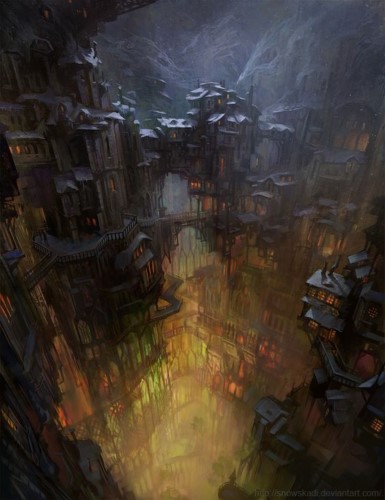 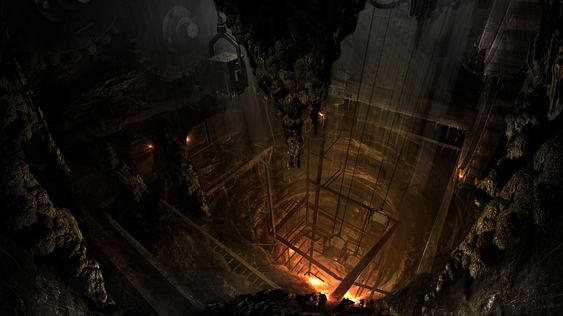 Beyond the fortress gates lie the Pit, the prison-mine of Alazeta. It consists of a series of interconnected chasms and sprawling caverns that have over time become honeycombed with mining tunnels, shafts, bridges and extensions to tie it all together. This is where the prisoners of Alazeta work and live, with tiny cell-like homes cut into the rock walls. The Pit is a world in its own right, with structures that range back at least a century. Much of it is kept in darkness, with only the work and communal areas afforded the luxury of illumination.

Work in the Pit is hard and dangerous, with any number of things that could claim the life of an unsuspecting miner. Falling, drowning or cave-ins are ever-present dangers, not to mention the predators that lurk in the darkness.

The chasms are vast and there are entire stretches that are still unexplored. There's always talk of a way out, some secret path through the darkness that will lead to freedom. If any have found it, they've not returned to tell of it. 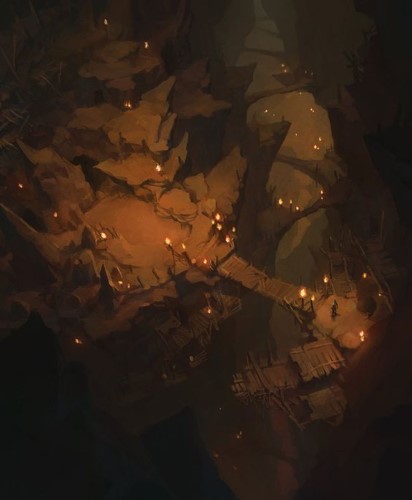 Alazeta's main sources of wealth come from its mine and from its trade. Their position assures a steady stream of merchants and travelers, while the mines always provide them something to cell. As such, the bazaars of Alazeta contain a great deal of things from city-states far and wide, with caravans always coming and going. The city's most common import remain slaves and prisoners, while the exports are mainly raw material.

One of Alazeta's more noteworthy exports come from the crystal caverns deep inside the Pit. Enormous quartz that are hacked from the walls and carved into blocks for any number of uses. These quartz-rich grottos are the only places not worked on by slaves, but by paid professional miners.

Alternative Name(s)   The Maw, The Gate   Type   Large Town   Population   Roughly 2-30,000 with more then half being prisoners and slaves.   Government   Triumvirate

The Slaver's Gate has its name for a reason. No other city in the Inner Shell relies so heavily on the misery of others for its fortune and its name has become synonymous with slave-traders and prison labor. Such is its appetite that it it will buy the criminals sentenced in other city-state and put them to work.

As the saying goes: if they make you chose between Exile and the Pit, pick Exile.

While not all who toil in hard labor in Alazeta are slaves, most of them are. If the markets cannot supply all that the Pit requires, the lords of Alazeta are more then happy to supplement their pens by raiding and short wars waged for the purpose of capturing prisoners.

Above all else, the laws in Alazeta revolve around two central concerns: do not disrupt trade and do not agitate the slaves. Petty theft and organized crimes both flourish in the shadows between spires, with the city's enforcers more concerned with these two issues.   Casual cruelty towards slaves and prisoners are outlawed and punished with a fine, but not for reasons of humanity or morality. Their only concern is to keep their wealth and keep the traffic going.   Another quirk of those particular priorities is that nearly every crime in Alazeta is punished with time in the mines, ranging from days to years. Only once has the punishment of Surface Exile levied.

As one might expect, Alazeta is not a popular a popular neighbor. Even those who regularly trade with the Slaver's Gate and depend on them for either resources or trade find that a vile necessity.   Efforts to circumvent their stranglehold on the route are near constant. Kaia are employed to find new tunnels, new routes but so far none have been successful.   When negotiation turn tense, Alazeta have turned to threats of destroying the bridge and sever the valuable connection between different cities. No matter how little its neighbors care for Alazeta, they do enjoy its coin.

The Gate depends on three separate streams for its water, the largest which runs through the bottom of the shaft. A series of viaducts, platforms and aqueducts carry the water upwards, into the city's breweries and bath houses.   So important is the stream to the city's survival that polluting it is punished by a life-time of work in the Pit.

Life in the Pit

The Pit has developed a rudimentary society of its own, with rules and unspoken agreements between its residents - and wardens. People band together for mutual protection or to protect what little they have, and fights over food rations are common. The guards tolerate such incidents and allow the prisoners to police their own, as long as the quotas are met.   The guards are always outnumbered by the prisoners and rely on trusted prisoners to help keep the order. Rewards like food and booze go a long way, while punishments usually add more time to the sentence.

Dreadful Dark   The constant darkness, the isolation, the hard work and tension... The Pit holds dangers beyond those that break the body. The most insidious of those is the terrible fate of Desolation, robbing the afflicted of their very sense of self.   Read about Desolation

Alazeta is ruled by the patrons of the three pre-eminent merchant families of the city, two which have been with the city since its founding. These are the Miro, the Cawil and the Craain families. Together, they control the city with with an almost maniacal focus on wealth and power.   Once, there was a fourth. Its houses were razed, banners put to the torch and its members slain to the last. The Triumvirate have never told why, and to mention their name is punishable by a month in the Pit. 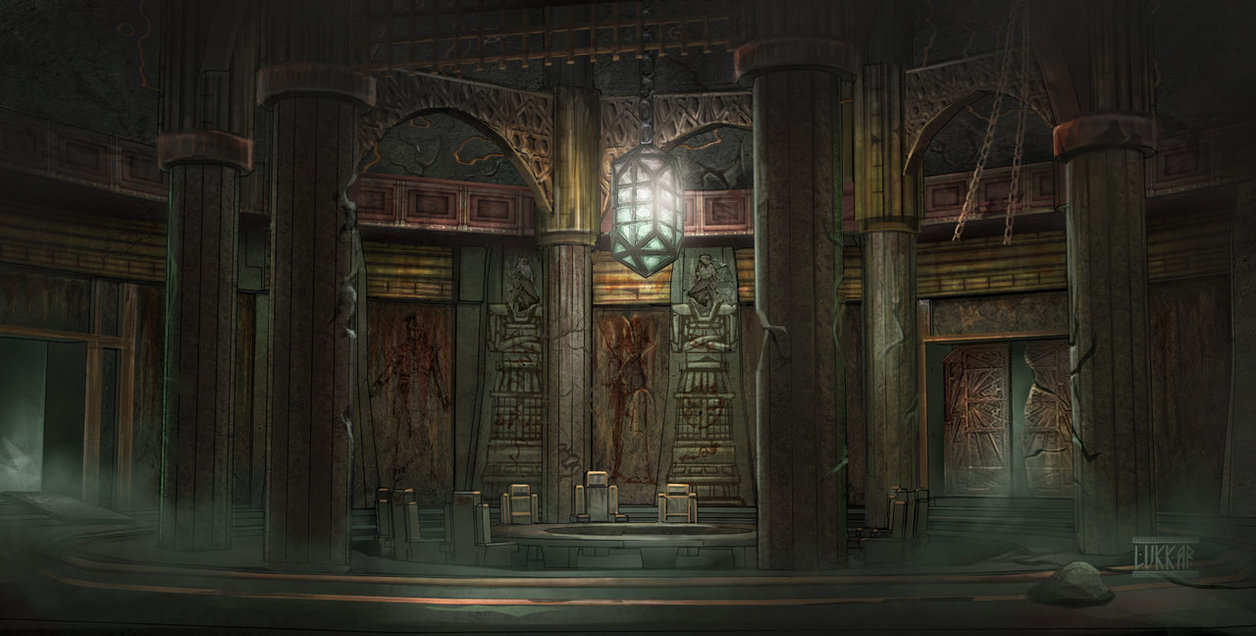 Now this is a city I would love to venture into in a D&D campaign. Wow. The imagery is astounding. Aside from some syntax errors, it is very well done! I was curious if there were any failed slave rebellion attempts at any point in its history?

Oooooh yes. Several.   I'll look into adding a few (and fix those syntax errors :P) once I am done with the rest of the prompts! <3

This is a massivily detailed article! So much information, great quotes, and images to help break up the text while also supporting the said text! Great job!

Awesome use of imagery to further evoke the grimness of this place. Great article, always a pleasure to read your stuff.

I'm real glad you enjoy reading it! <3 Thank you!

Your article is amazing! I love the detail and I want to know where you found all those amazing images! 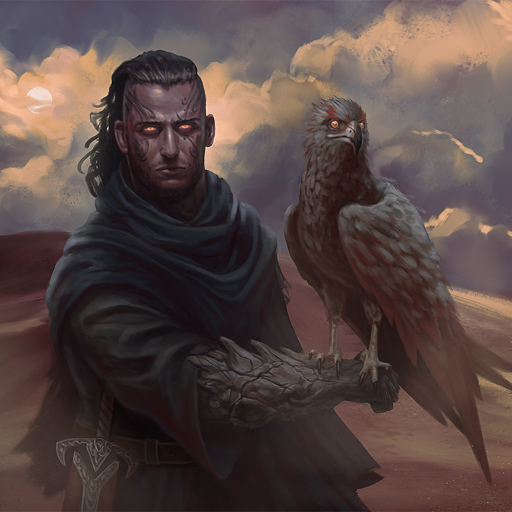 Love the flavorful touch of having only professional miners work the quartz. Overall a very interesting place, good stuff.

Thanks! It's still pretty rough, being an early article and all, so I'm going to be updating and editing it at some point :)