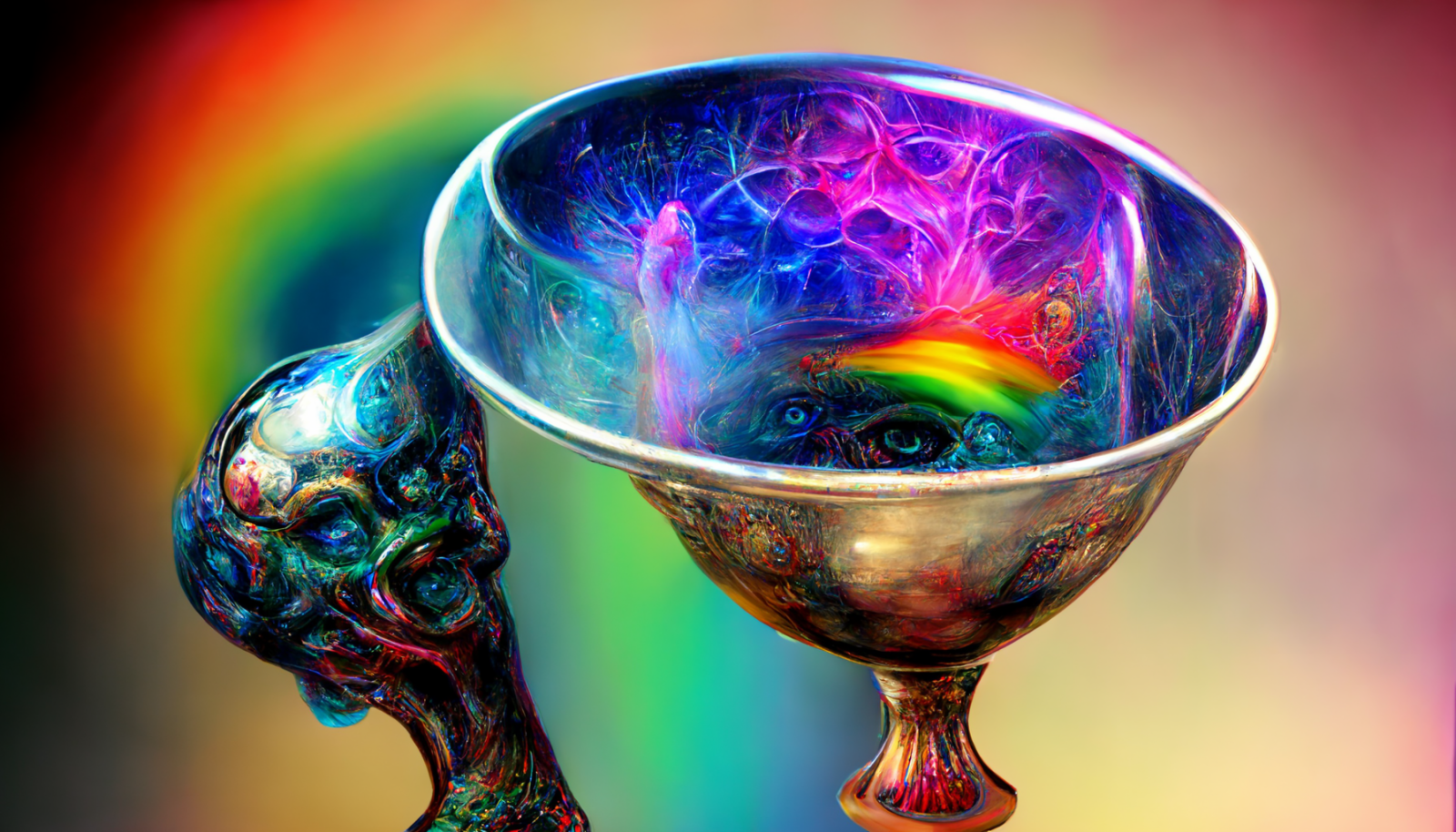 Abhasa - A Chalice of Dreams

Drink deep, and become part of the divine.

A deep, shimmering drink with a rainbow hue and the consistency near that of syrup, Abhasa is the dividing line between the faithful and the unwashed, unenlightened masses of humanity to the cult of the Called. There is no greater honor of the gathered acolytes and initiates to be called to sup from the chalice of dreams, to bask in the glorious visions of their faith contained within. With every step up in the cult's hierarchy, initiates drink ever deeper from the chalice.

A Draught Of Visions

A spark of understanding, distilled.

Abhasa is brewed from a rare and valuable selection of ingredients known only to the most trusted of the Called. It is said to contain powdered Sama and the dust from the rainbow wings of Shrikes, both sacred to the cult. As each chalice is used again and again, they are stained with deep and lasting sworls and eddies of prismatic cast. They are treated as relics, with the puzzling patterns said to contain fragments and glimpses of the will of the divine.

by http://www.tribalartasia.com/
The chromatic liquid is thick and viscious, with a sweet, metallic taste. Once drunk, it settles uneasily in the stomach and it isn't unusual for those who drink it to become nauseous and vomit.

Many remain sick and weak for days after, gripped as if by poison.

Even if expelled, the hallucinations are inevitable - powerful, warped visions, unearthly songs, a reality that seem sharper, more distinct, more than it ever was before. Depending on how much Abhasa was consumed, the state of altered consciousness can last from a few hours to a day.

Some batches are slower to act, and the impatient sometimes consume more to hasten its effect, which invariably proves to be a poor decision.

Other, less trusting souls question the true content in Abhasa. No two draughts seem the same, with taste and effects varying wildly between batches. Some blame faith, a weak spirit, or some other mortal flaws, but others wonder just how precise the brewing process truly is. In reality, the prophet of the Called has no recipe. Only a few ingredient remain the same - powerful hallucinogenic, something to give it the spark of color and gleam of a rainbow. Everything else depends on what the Called's brewer has on hand that day, and their opinion of the initiates supposed to drink it.

Ascending Through the Chalice

I've been beyond the veil, I've seen what awaits us in the darkness.

To the Called, the Chalice of Dream is a treasured rite of passage that initiates them from lay-believer into one of the true acolytes and keeper of secrets. As the secrets grow, so does the amount of Abhasa that a cultist must consume to pass to the next rank, and the longer they must remain in the thrall of its visions. The deeper they drink, they deeper the cult sink their hooks into their very being.   From initiate to inner circle, each step through the Chalice has its ritual steps.

The lowest of the Called are initated in mass ceremonies where they all take a simple sip of the chalice and share its glories. They are carefully shepherded through the visions by a senior cult member who leads them to chants and mantras, repeating oaths of loyalty to the cult or loud prayer. These gathering are used as bonding moments by the cult, both to one another and to their leader - cultists cavort, throng, or take part in infectious religious ecstasy.

A step above from the initiates, Acolytes are initiated alone with a few senior cultists. They drink twice from the chalice, deeper with each sip, in a journey through their own dreams that can last over eight hours. Once vulnerable and exposed, alone with the cult, they are remade in its image.
Once in the throes of the Chalice, they're grilled by their masters, forced to admit every sin and wrong-doing. Should these be insufficient, the masters will invent them, using the hallucinations to convince the acolyte of things that never occured. No rest is allowed and only the minimal of water to keep them alive; more than a few acolytes die in pursuit of their divine secrets, overcome by the abuse they suffer during the initiation.   Others have a more pleasant initiation, either through luck of the draw with who guides them or exemplary service already performed. Like the initiates blow them, they are bound to the cult by hours of repeating mantras and quizzing. 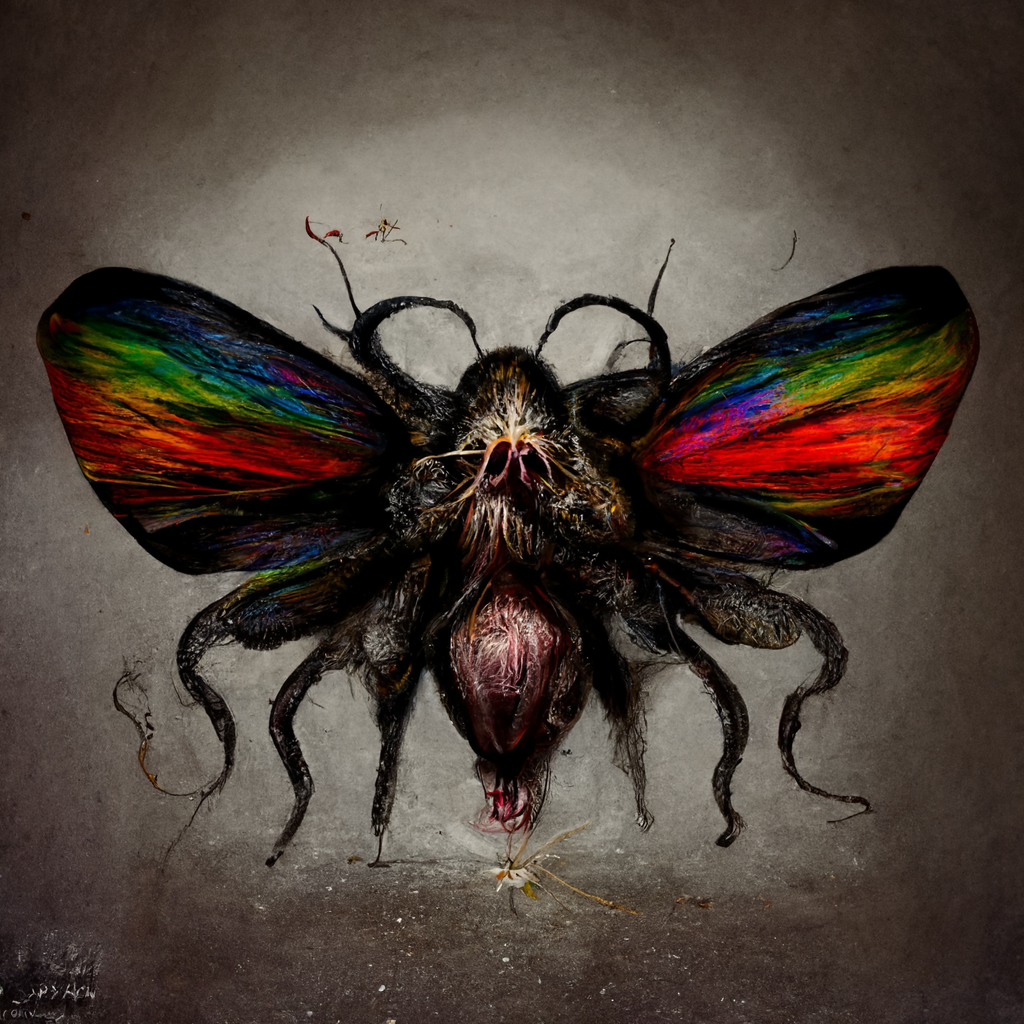 
Not everyone makes it out the other end whole. Some are broken by the initiation, and others deeply disillusioned by what they went through.

The highest ranked cultist, the inner circle of believers, masters are initiated in quiet, secretive rituals with the master of the cult. They must drink the entire chalice and survive the interrogation that follows. No matter how well they have handled every step below, nobody is beyond suspicion or doubt. Even the strongest mind emerge from different than before they ascended through the chalice.

The cult's leader and prophet, Rayadan has become a master of forming the malleable mind of those under the influence of the chalice, able to twist those who trust him to puppets... Thoughts its effects are still not as whole or permanent as he would like.   Rayadan has begun to search for even more powerful means to subvert his followers, paying explorers handsomely if they bring him strange, exotic ingredients to experiment with in a way that has become an obsession.

The Called   The song that echoes up from the Far Deep beneath Patala is a wordless, toneless noise, a senseless telepathic calling that fill most with foreboding - like they have been passed by the shadow of some great predator... But not all.   The Called have heard the song. To them, it is the call of something divine, something greater than mankind. In that call, they know that they are special, that they have been summoned to do great things. Every time the call screams from the dark, the Cult snares another soul.   Read More About The Called 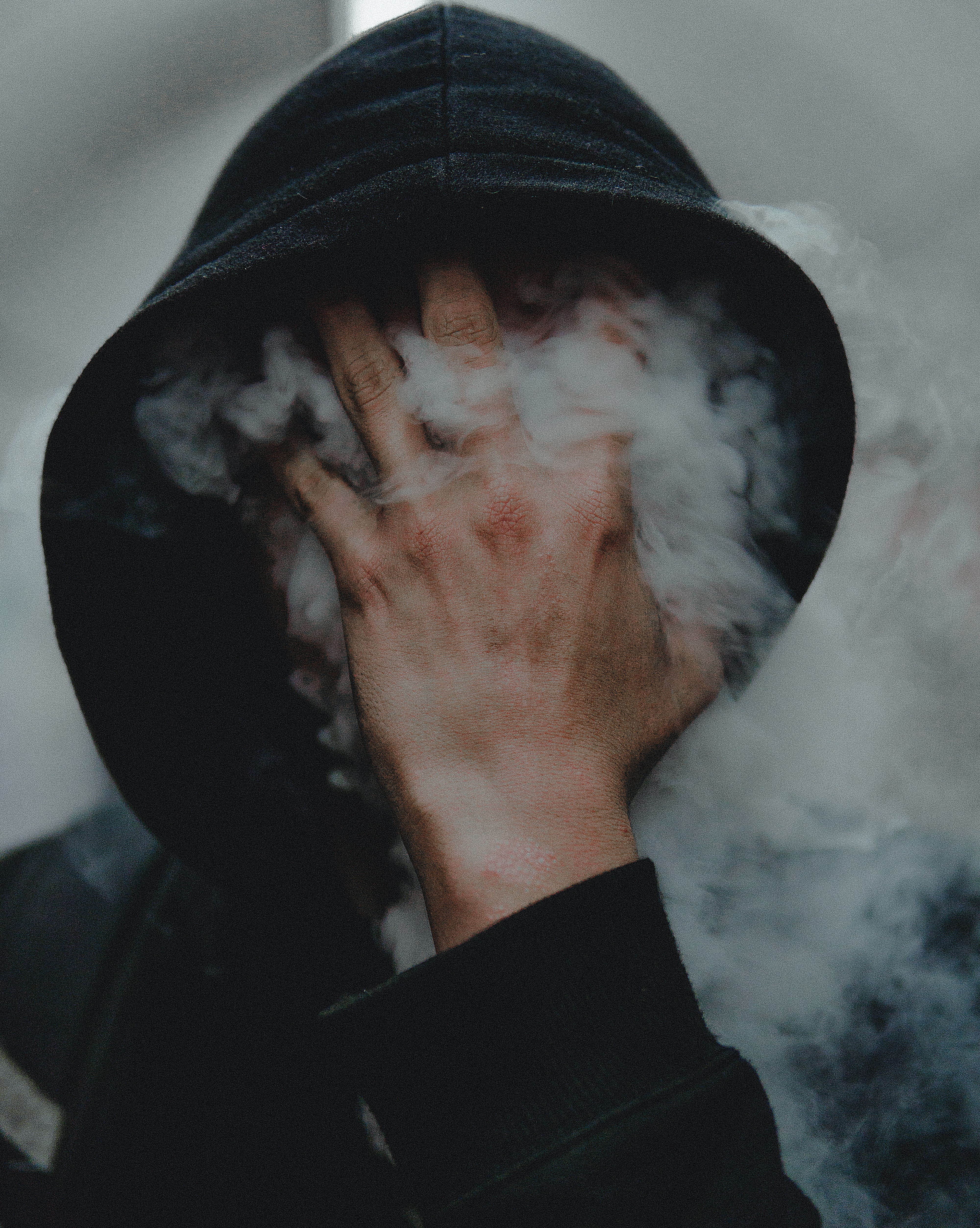 The shimmering dust left by the fluttering, rainbow wings of the Shrikes are said to be one of the ingredients for the chalice.   Shrikes are terrors from the deep, moth-like things that stalk the minds and dreams of their victims, nesting in the shadows between thoughts. To the Called, they are both prophets and predators, for they make no exception to the devout from their hunger.

Between its consistency and taste, Abhasa can be a difficult drink to stomach. Some cultists struggle to consume their part of the draught, and are forced by their acolyte-brethren to push through.

Another supposed ingredient of the Chalice, the rainbow-hued thought-metal (or Sama) is unique to Patalan and central to the cult's belief of its divinity.   Thought-metal carries a hint of that telepathic chorus from the deep to anyone who touch it, and Abhasa isn't the only way cultists occasionally consume it. 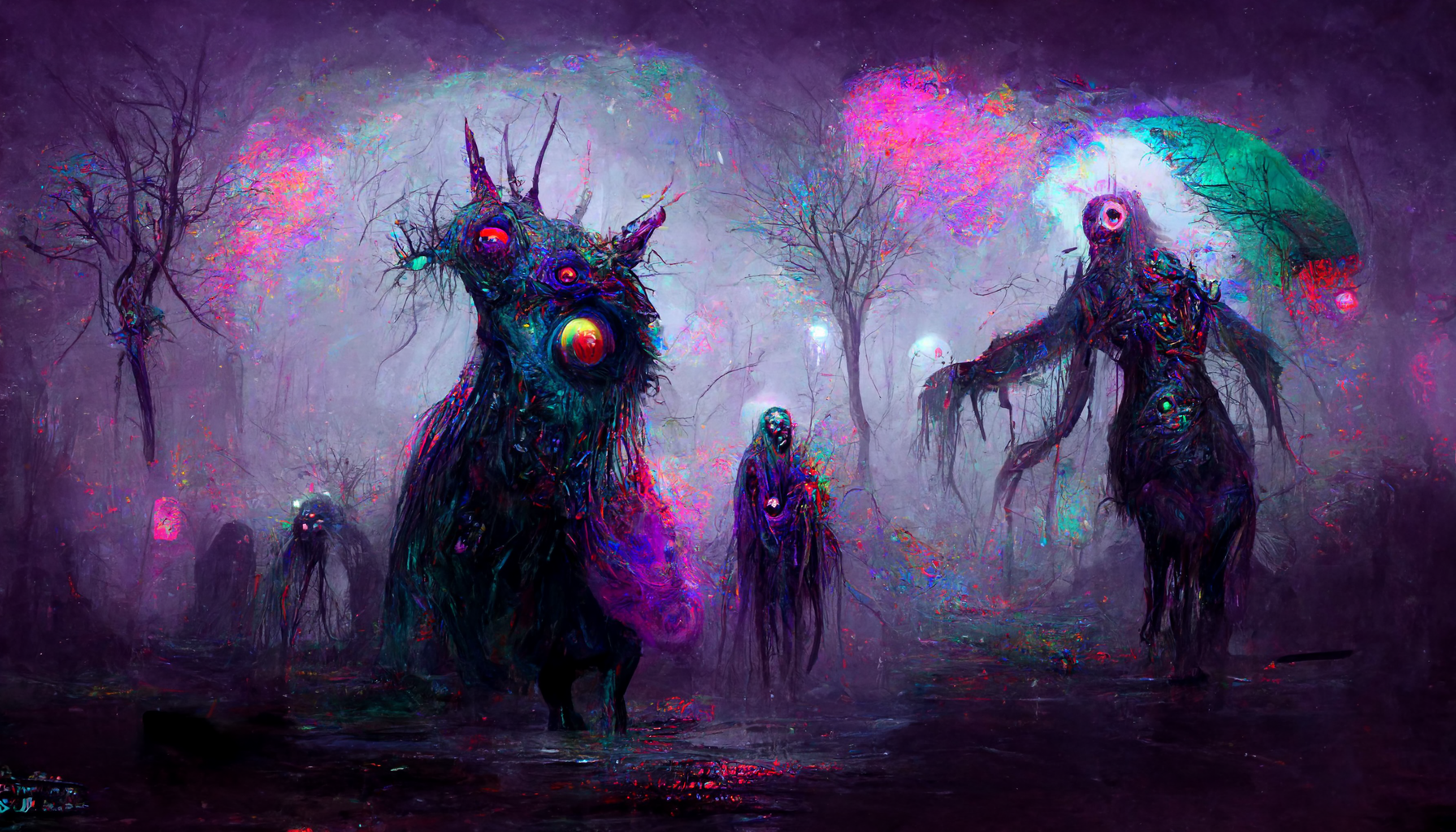 
Sometimes, the things the cultist see deep within the chalice see them, too.

Answering: "Α food that marks a rite of passage for a culture in your world"
Visit Qurilion's Competition Page Check all other answers to this prompt Competition Homepage

This is another masterclass in cults and cult related things you've made, Q :D Love the bit about how people get grilled by their masters while tripping, that sounds like a brutal ride.   Is there an analogue to mercury in this drink? What is their lifespan like after drinking this stuff? :O

Awh, thank you so much! :D   And it depends a great deal on the exact mixture. There's no set formula for what's in Abhasa, so some people will get sick but be fine, and some people will definitely get all kinds of horrific illnesses and organ damage. The Cult is pretty much making things up as they go along! :D

Making things up as they go? How cult-like! *Perfect* xD

This is just amazing, especially the visual themes just go so well together. It is almost difficult to take off your eyes from the visuals and start reading.

What a chilling last sentence!   And the cult leader really sounds like he is making those mixtures just like the Victorian were making their scam miracle cures XD

That is very much one of the inspirations, yes :D   Except that people still kind of do it. We really haven't changed.