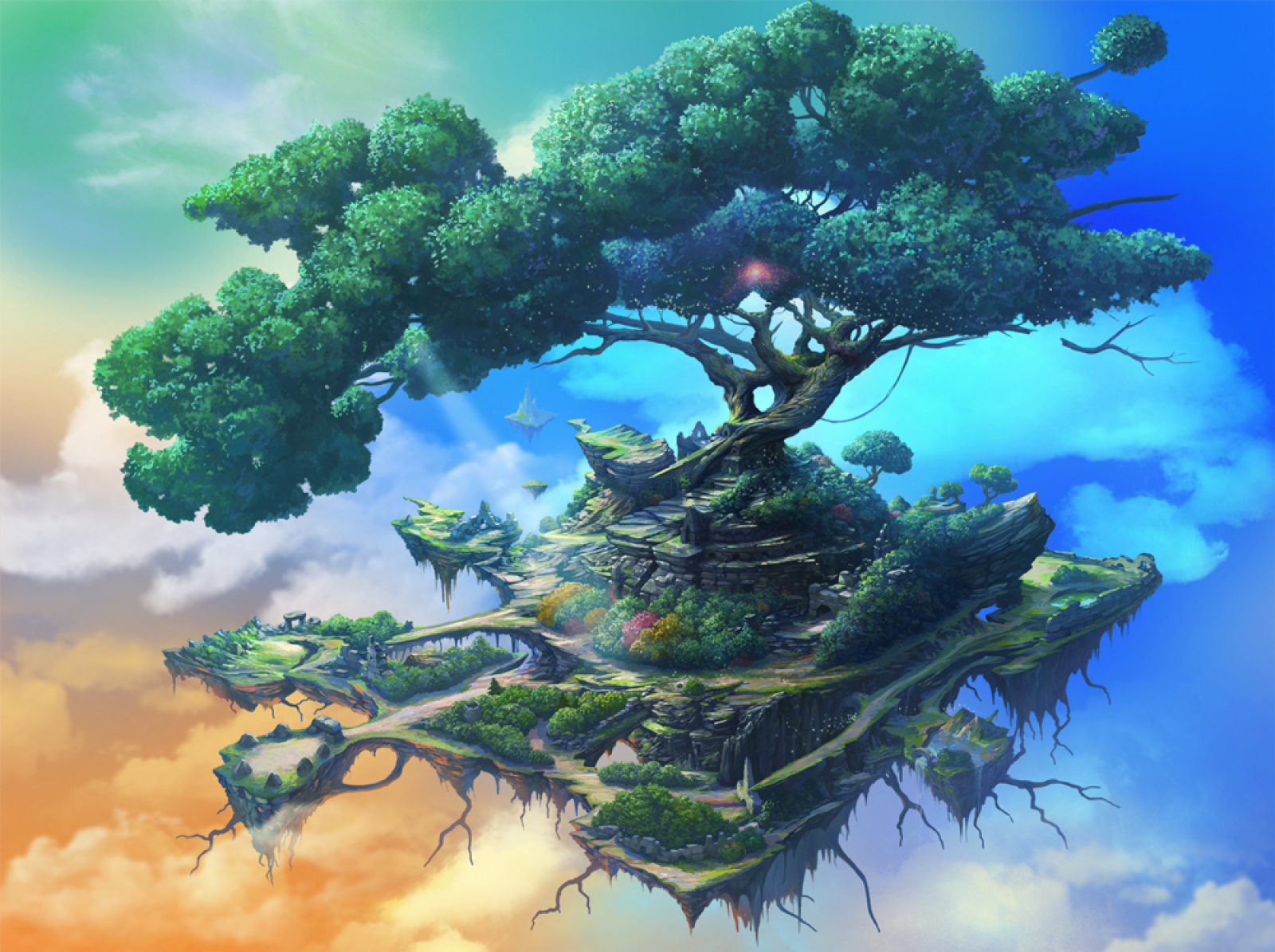 Aquarius is the capital city of the Aquatic Elves. This city is a living tree that feeds off the ocean's nutrients. From above it looks like a many-legged starfish with a tree growing out of it. This is one of the World Trees.

Aquatic Elves are the major species that live on Aquarius, but any of the allied seafolk can be found here.

Aquarius is a true communal state, everything is shared equally depending on need. They also use meritocracy.

Aquarius was magically summoned, she can use the energy that she pulls from the sun, wind, and waves to fuel and generate an energy/magical barrier for defense, which can also reflect the energy back to the sender.

Aquarius uses a combination of magic and engineering to keep afloat. They are seafarers, fishermen, and a neutral location where all can trade in safety. The sea elves can also furnish excess energy, fuel and supplies that their tree creates.

The city was build after the world began recovering from the Chaos Wars as a beacon of hope. It became a center of learning and commerce after the fall of Atlantia. Many travelers and traders congregate here.

Aquarius is one of the four World Trees, she came from another plane, has a constant link to this plane, and has a telempathic link to all other trees as well. She was magically altered to be saltwater adapted and as the city that she became. The bark appears to be a cinnamon-colored coral/bark cross with many hollows/caves throughout its surface. It uses salt and other minerals as nutrients. The salt coats the leaves making them reflective and turns them into solar panels. Aquarius uses the hydrogen and oxygen that it pulls from the water, to propel itself when movement is needed. This also turns the immediate area below it into an airy water section, it also means that land-dwellers don't need gills to breathe here, and is like Zero-G.

Aquarius travels around the with the sea currents and rarely stays in one spot for long. The sea elves nurture hanging gardens on some of the platforms and grow various types of plants for food, medicine, and beauty. There are many funnel-like openings that capture water and send it into cistern-like holding tanks.

Their capital is a vision of beauty floating on the water. Many come just to admire her.

This picture is just a placeholder. Just picture it floating in the water instead of the air. I will fix it as soon as I can.

Articles under Aquarius, Capital of Oceania