Searching in Aqualon for "Corsic-Ocean"

In The Corsic Ocean Written by IsaNite Last updated 26 Feb, 2020

The first clockwork exclusion zone. No magic. No god. Just depravity and human garbage littering hopeless streets of a once holy land... ~ 4623 Words

Vinclav, the Master of Keys (person)

On the foggy Church island of Cromwell, there lies an old Sanatorium that has endured for over a thousand years. It's history is grim, but its secrets... they are grimmer.

The Black Priest of Rastrowel (prose)

A short story about the little girl Lyn, who lives with her uncle, an HJT ferry (a magus that protects ships), his apprentice Makani, and the mysterious Lady Wisp in a lighthouse hut on the island of Rastrowel. The first HJT Ferry Tale. ~ 5325 Words

In The Cultures of Aqualon Written by IsaNite Last updated 18 Aug, 2019

The Maoloaiya inhabit the Trans-Glaciatic Sea, cut off from the rest of the world by the mighty Gastropnir Glacier, which separates them from the Great Land and the Corsic Ocean. They are skilled navigators and nomadic island dwellers. ~ 4702

Still active and working after over two millenia, ships that sail westward through this gate are accelerated by a powerful channel of wind that carries them all the way from the Lower Yamato Islands to Hammerhead. ~ 627 Words

Maps of Aqualon: The Pirate Coves of Porasta (article)

In Maps of Aqualon Written by IsaNite Last updated 12 Feb, 2019

The most notorious pirate harbor on the Corsic Ocean.

In Maps of Aqualon Written by IsaNite Last updated 12 Feb, 2019

In The Corsic Ocean Written by IsaNite Last updated 12 Feb, 2019

Timber is an islet of the Spark Isles, which are on the south-western side of the Anvil Island. It has a thick jungle on it and harbors a camp of illegal arms-dealers, the Gulch. ~ 341 Words

In The Hooper Chain Written by IsaNite Last updated 26 Jan, 2019

A major port island of the Hooper Chain. ~ 244 Words

In The Hooper Chain Written by IsaNite Last updated 25 Jan, 2019

A small dyke island at the northern tip of the Hooper Chain. ~ 122 Words

One of the four islands of the Nyingma island group, famous for its special silk. ~ 204 Words

One of the four islands of the Nyingma island group, famous for its quartz mines. ~ 291 Words

Doubts About the Great Clockwork Arise in Jamphel Yeshe (article)

In one final act, the Grand Sages settle around Jamphel Yeshe and turn to stone as they bannish the Great Clockwork from within the island. ~ 157 Words

The Founding of Jamphel Yeshe (article)

The Five Sages cross the Iron Belt and the Corsic Ocean on foot to arrive at Whale Island, and they name it Jamphel Yeshe. It becomes a mecca of spirituality and philosphy. ~ 175 Words

Construction on the Monastery of the Grand Sages is completed. During their lifetime, the Sages and their acolytes refer to it simply as home. ~ 120 Words

In Pirates of Corsia Written by IsaNite Last updated 25 Jan, 2019

After a lucrative haul at the port of Black Steel, Captain Elizabeth Keen is steering the Temptress towards Kiln; but dark clouds in the distance await the ship... ~ 2713 Words

From ~One Hundred Fantastic Facts Come to Life~. ~ 1519 Words

From ~One Hundred Fantastic Facts Come to Life~. ~ 1202 Words

The Travelers Guide to Aqualon (location)

In The Travelers Guide to Aqualon Written by IsaNite Last updated 25 Jan, 2019 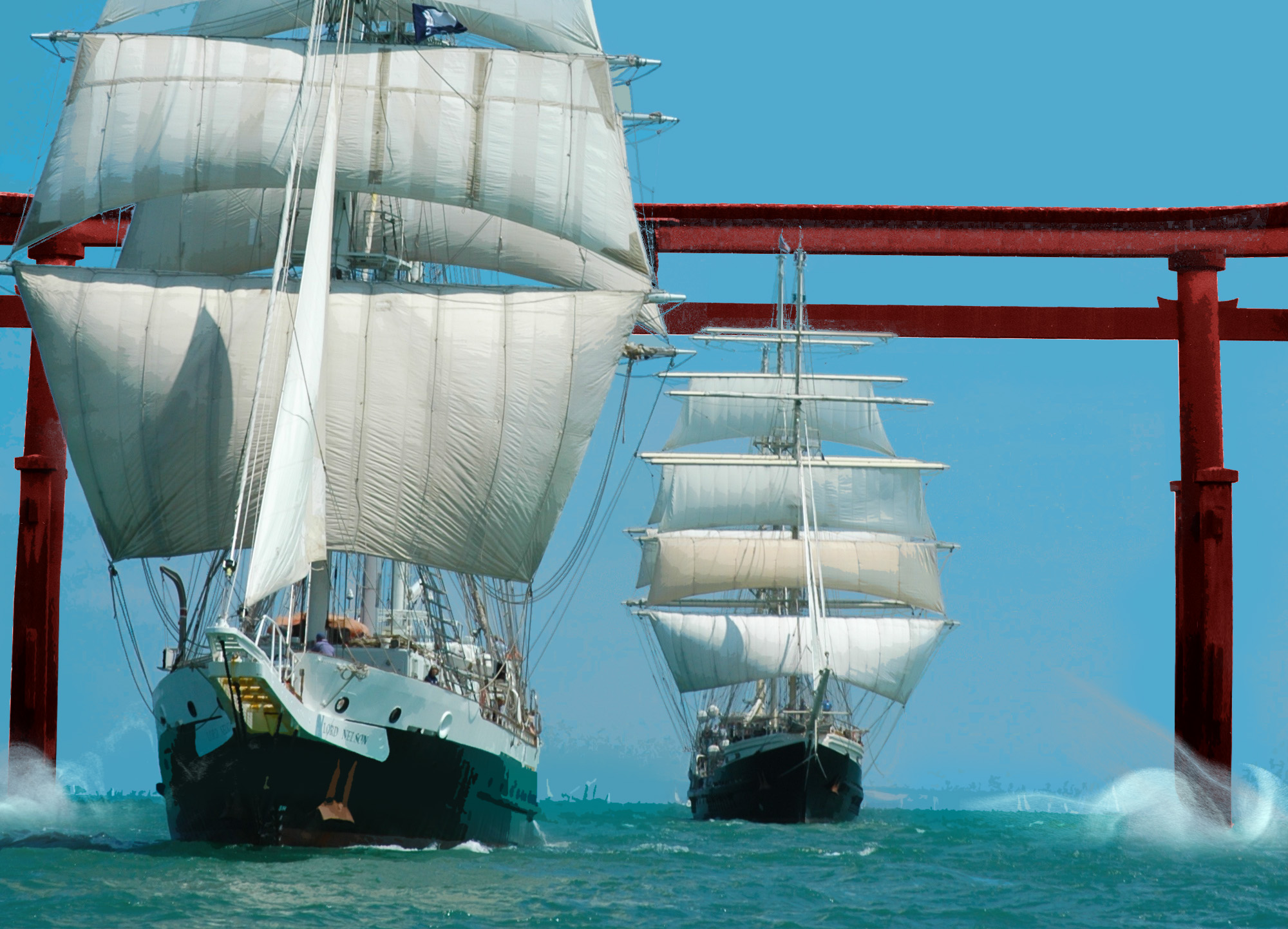 Maps of Aqualon: The Pirate Coves of Porasta cover