The Middle Lands Magic Research Consortium (MLMRC) is an organization of scholars from all five Magus Academies of the Middle Lands: The Spire of Rahn, the Bonfire Shrine, the Grand Academy of Fulgrath, the Gladering University of the Arcane, and the Rickard Leeuw Magistorium, which spend one month each year together at the Tower of Five to convene a research think tank and meet up on four other annual occasions to hold research symposiums.

There is a new chairman designated for each yearly month of research, always rotating through the five elements to not grant any special advantage to any one of the Five Cities. He or she is mostly responsible for the formalities and organization of the think tank while all participants are treated as equal scholars under the pursuit of knowledge. That being said, experienced mages and scholars with high ranks and many recognized publications are generally afforded more attention when they proclaim their opinions.

Magic research without borders to unite and advance the Middle Lands. This shall be the number one tenant of this Symposium and any groups that emerge from it.
— Rastel Jotvalner, head of the Hall of Rahn at the the Rahn Hall Symposium of Middlish Scholars in 79 GE

The MLMRC have partnerships with alchemy, smithing, magic engineering, and other guilds in all the Five Cities of the Middle Lands. They also have close ties to the five Magus Academies of Aquaris, Lumina Aka, Fulgrath, Arda, and Aerialis, receiving funding from research foundations of all five as well as the Tower of Five.

The MLMRC traces its origin back to the Rahn Hall Symposium of Middlish Scholars in 79 GE, where inter-academic ties were forged within the scholarly community of the Middle Lands. After fifteen annual symposiums, the Middlish Consortium for the Arcane (MCA) was formed from the core members. It experienced a number of different waves and revamped itself as the Middlish Consortium of Joint Research (MCJR) in 193 GE and the Progressive Circle of Magic and Science (PCMS) during the Founding of the Five Cities in 285 GE. It fell apart during the Twin Centuries of Arcanism, from 700 GE to 805 GE, when the Magus Academies became withdrawn and isolated in their research, hording knowledge in protected libraries. In 810 GE, voices arose that demanded the revival of the PCMS, which reconvened for the first time in centuries in 811 GE, spearheaded by Augustus Leeuw, under the new title of the Middle Lands Magic Research Consortium (MLMRC).   They proceeded to pioneer a number of magical discoveries after that, the most prominent one being the invention of spell ink in 820 GE. Since then, the research of the MLMRC has shifted predominantly to the development of new magic engines. 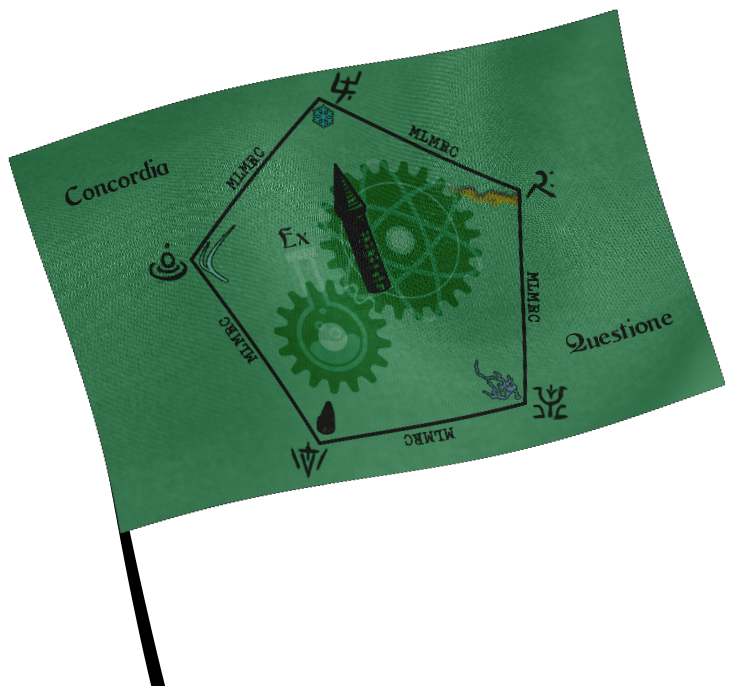