The HJT files are a collection of classified documents created by the surveyor corps of the Hank & Jorden & Tenzer Corporation. Seasoned Ferries1
After the Declaration of Existential Independence between 22 and 25 GE, during which Borealis prepared to and then jumped away to the South Pole to forever isolate itself from the world and become a technocratic mega-utopia, the Corsic Ocean was left with a power vacuum that threatened to collapse it. The main actors taking charge across the Seventeen Yonder Islands were the Church of Pure Souls, the reemerging Great Pirate Houses, the cursed land Jamphel Yeshe, and a little bit later the newly formed Hank & Jordan & Tenzer Corporation, which expanded the weakened Hank & Jordan's Cooper and Shipwright Guild into a booming business of mages for hire, which would escort trade ships and liners through the Corsic Ocean, which was now pirate-infested. These mages are still operating today as HJT has grown to a powerful entity within the Seventeen Yonder Islands, and they are generally referred to as "Ferries" due to their occupation of ferrying people safely across the ocean.
and other specialists were recruited by HJT to survey disputed islands on the Ocean Belt to discover new trade routes and sites for building offices, shipyards, and manufacturing plants. The most bizarre reports that emerged during the survey corps activities between the 1650s GE and the 1700s GE came out of the territory of Guantil-ya, the original seat of the now defunct United Ocean Belt Technocracy. After the technocrat capital Borealis jumped away from Guantil-ya to the South Pole during the Declaration of Existential Independence around 25 GE, an outpost called Rim City was erected to manage the territory of Guantil-ya and facilitate trade between Borealis and the Ocean Belt and Great Land. However, direct communications with Rim City stopped under suspicious circumstances in 1617 GE, after which only written correspondence was used to handle trade with the world. Wares had to be deposited at one of the now strangely lifeless main harbors of Guantil-ya, and payment was always placed ready to be picked up. Entering the island was no longer tolerated. Still, HJT launched covert survey missions to Guantil-ya in the 1670s, 80s, and 90s to get a lay of the land and learn more about the strange goings-on in Rim City.

We have shored on the western banks of Guantil-ya, furthest away from the Guantil-ya Harbor near a cliff-side to mask the approach of our small vessel.
We beach the ship, gather our supplies, and then conceal it with local flora.
Once we begin our march due south to survey the parts of the island further away from Rim City first, Clavoslav voices his concerns for the first time: "Something is not right." He says. I agree but do not verbally confirm his assessment. Instead I urge him and the others to move on and follow the mission.

Tock, Tock. There is a strange noise that follows us intermittently. We have made good way and covered a large area within two days. Due to prior surveys there is much of the south-eastern part of the island we need not explore. We make our way towards Rim City. Henrietta has discovered the source of the strange noise: it is her multimeter. She informs us that she cannot identify it as her instructor has neglected to explain this function to her and this is the first time she is hearing it in apparently twelve years of working with the contraption. She says it seems to be accompanied to one of the scales, but she does not know what it stands for, only that it was once described as an experimental function only built in for very specific research in a minor branch of experimental gyrometrics, though she does not recall which one. It is not her field of study. Tock, Tock. We press on.

Tock, Tock, Tock. We all feel it now. Something is wrong. The sky looks desaturated to me. I feel unwell. We are all more thirsty than usual. Clavoslav is hit the worst: He keeps hearing the hissing of crabs. At least he describes the sound as such. We laughed on the third day, which was the first day he started hearing it. We became worried on the fourth. Tock, Tock, Tock, Tock. It is now the fifth day and Rim City is in sight. He still hears the noise, and he has slept very little because of it. There is a mad look about him. I am worried.
Still, the mission must continue. When Clavoslav asks to forge on ahead of the group to assess the city and pave the way for contact if viable, I hesitate but then agree under the condition that Jeremiah accompany him. My brother will take care of Clavoslav, I am not overly worried.

Tock, Tock, Tock. Henrietta and I stay in the same vicinity. She wants to take soil samples and analyze them. There was thickly growing vegetation further away from the city, and we came across two empty villages with derelict and overgrown farms. Where did the people go? Is there poison in the ground or in the water? We are still very thirsty and drink a lot. The top soil seems to further agitate Henrietta's multimeter. Tock. She doesn't know what it means, neither do I. I want to smash her multimeter.

Tock, Tock, Tock. I feel a growing presence. At night I feel safer than at day. The light frightens me, makes me feel as if I am too visible to whatever is just behind me. Clavoslav and Jeremiah have been gone for two days. I panic for no apparent reason and order Henrietta to evacuate to the ship with me. It is still watching me. There is an almost divine presence that weighs me down like a ton of bricks.

Tock, Tock. We arrive at the ship. Jeremiah is there. He has company. But not Clavoslav. We approach with caution, but he waves us over when he spots us. Something is wrong with him.
When Henrietta and I arrive, it is the eighth day of our survey. Jeremiah has red lesions on his face, as if he is suffering from sunburn. I ask him about Clavoslav. He tells me that there was something very wrong in the city: Some of the streets seemed almost ransacked, and there were no people in plain sight. They noticed solitary persons peering around corners, trying to get a good look at him and Clavoslav, but vanished quickly. All of them, apparently, had been suffering from Spellblight, almost as if it was a city of blighters. Clavoslav had lost it and run amok after screaming "The crabs, the crabs!" and clawing at his ears. An antropmorphic creature with metal arms had come out of nowhere, struck him on the head, and then dragged away his lifeless body.
My brother seems ashamed at the fact that he left Clavoslav for dead. I commend him for returning with the information. But my gaze keeps wandering away from him. His strange following has me on edge, and I have been patient enough to hear out his report. But now I must know: what are these creatures? He shrugs his shoulders. Apparently they have been following him soon after he left the city. They scared him at first but seem harmless enough.
How should I describe them? Well, they look human for the most part. They are always close to the ground, squatting somewhat, their knees bent. They have paper white hair like blighters. Their features are incredibly slight and sunken in, and they have no face, even though their skull is clearly human-like. Where nose, eyes, and orifices - including ears - should be, there is only smooth skin, except for two nose-like slits through which they breathe with some difficulty. They do not seem to eat, but sometimes they drink, and it is a pitiful sight to behold: By immersing their faceless fronts in water, they can suck it in through their nose-holes, which are clearly not meant for this purpose. They then have to close their windpipes so the water can roll down their esophagus, which usually does not work quite well, causing them to expectorate violently through their nose-holes, clutching their heads as though in pain from the excess pressure. They are strangely docile and seem to be curious about Jeremiah, though I cannot say why. I tell him we need to leave and have a healer look at him. His lesions look bad and he looks as though he is concealing quite a bit of suffering, but he begs to rest for one more night, so we do.

Henrietta and I have left the island. In the morning Jeremiah had been dead, apparently drowned in fluid leaking into his lung from somewhere. In my anger I have killed the faceless creatures. They were touching his body and clustering around it when I had woken, and in my ire I had thought they had killed him in his sleep. But the more I think about it, the more I realize they just wanted to wake him or didn't know what to do with him. Their insides looked human too. What are they? Why are they on Guantil-ya? What killed my brother and made Clavoslav go mad? There are many unanswered questions. I have noticed lesions on Henrietta's skin. Her gaze tells me that I, too, have not been unaffected. There is something in the air in Guantil-ya. Something that stares at you with such intensity you begin to burn and die. Something that had created the faceless. Perhaps by melting their faces off. I am filled with fear and doubts. But also with one clear thought: Action is necessary, and Clavoslav's body is still on that island... 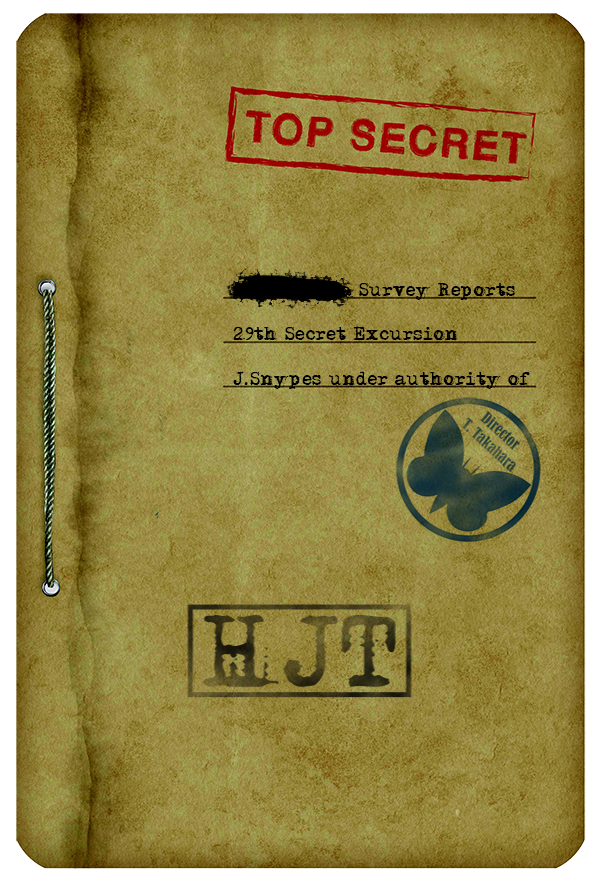 The title of the survey describes the thematized being of this article. However, this does not refer to the faceless creatures that followed Jeremiah from Rim City to the shore. The faceless is the presence that Jeffrey describes in his reports. Whether it is a sentient entity of some sort or a strange property of the air or region is not for this article to reveal. In many ways, the 'species' described in this article is the dark side of the human imagination.