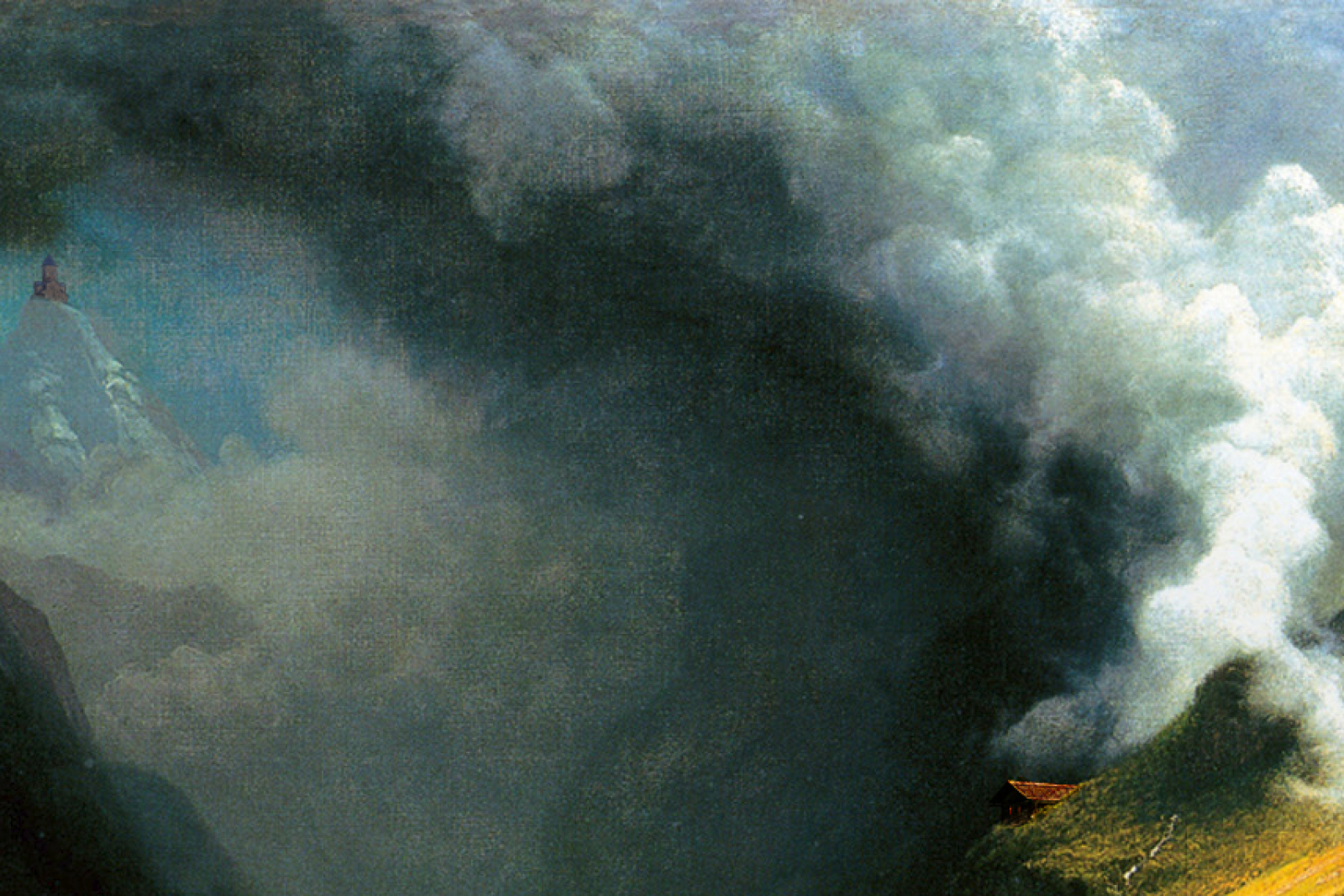 Tale #4: The Gate at the Mountaintop

Taishôgeki 大衝撃 is the name of a philosophy and corresponding book, written by a powerful historical figure of Aqualon. He had spent time in the realm of the Aesir and bested them in combat, traveling through the Great Land afterwards to seek wisdom in many places, speaking to many philosophers and mages of his time. Before writing the book, he fought one of the Valkyries on top of the tallest peak of the Yamato Mountain Range and defeated her. As the legend goes, he ripped her soul out of her shattered body and forged it into a great metal gate that connected the physical world to the Great Clockwork on top of that mountain, where he had a monastery built to pass on his teachings.   This new intersecting point between the real world and the Great Clockwork gained some renown in certain circles, and in fact there is a certain tradition in the far-away technocrat megacity of Borealis called “the Walk of Skeptics”, where those who doubt the existence of the Great Clockwork will journey to the monastery to step through the gate and experience it for themselves. So far, most who have taken the Walk of Skeptics have returned alive from the other side.
- Fact 104 taken from Old Tim's One Hundred Facts about Aqualon, Volume 2


“My friend, you are wearing some five cloaks…” The merchant looked young. He had a friendly, slightly worried-looking face and wore a plain purple garb in traditional Yamato fashion. Murasaki moth1
Almost no animal is as beloved in the Yamato Kingdom as the murasaki moth, which was declared their national animal in 920 GE. The creature was first domesticated when the Yamato people began to settle down in the Yamato Valley.
From the Codex Riccardium - A Primer on the Moths of Yamato
fur produced these colors due to their diet of shishisô2
The murasaki moths of Yamato inhabit the entire Yamato Mountain Range, and the dust they release from their wings spreads a unique smell that Yamato folk associate with spring time. They can grow to the size of a mid-sized dog and feed on the shishisô, also known as 'four-fingered grass' and 'silk grass', a furry kind of grass that grows almost everywhere on the Yamato Mountain Range.
- Old Tim's One Hundred Facts about Aqualon, Revised Edition, Fact Number 19
.   His hair had a slightly unkempt look about it that might just match with Kenji’s own if the colors had not been quite opposite. While the young merchant’s mane was as dark as was typical for Yamato folk, Kenji’s was silvery white; a look that had had provoked fearful stares from all those that had stood too far away to see his amber eye.   Well, the skepticism remained due to his other one, which was now hidden behind a bandana. But that one was not allowed to look upon the world anymore, not as long as he could still move… “And I’ll wear five more, if I travel long enough. Cloaks have good mantra in them. The winds of their homeland have blown through their fabric. Have the winds of your homeland blown through this cloak?” he inquired, gently running his finger about the purple fabric. It was lovely, and the hints of natural patterns were still present in its soft fibers.   “I don’t know about this mantra you speak off, sounds like mahôtsukai-talk to me.” The merchant started. It meant magus-speak.   “Yes, or yasha-talk, eh?” Kenji interrupted with a wicked grin and challenging stare.   “I do know about yasha3
Yasha, meaning something akin to "demon", is the term for victims of spellblight used in the Yamato Kingdom.
though, my friend, and I doubt you are one. Just a westerner far away from home.”   “That I am.”   “And I also know about these fabrics, and your eye does not betray you. Some of these cloaks and gis4
A traditional type of jacket that is prevalent in the Yamato Mountain Range.
are made from shishisô but not this one: it is made from good murasaki moth fur, sheered on the slopes of old Mt. Chôbu. Cloth that has been more lovingly caressed by the wind should be hard to come by, if that is your fancy, my friend.”   The spiel was good, and Kenji was ready to buy. He needed another totem: neither the cloak of the yellow sands nor the cloak of Jamphel Yeshe would serve him in these mountains. The wind here had a very strong character and he had very little soul power to work with. He put two golden coins on the counter. “I also need some water, my water skins are empty. And something to eat maybe, I have to climb the mountain over there tonight.”   The merchant’s face looked like he was internally splitting in two for a moment as he clearly wanted to comment on the coins but now also wanted comment on Kenji’s plans for the night, both exclamations so similarly weighted that it lead to some sort of interruption in his brain. After a few seconds of awkward delay that completely broke the flow of the conversation he exclaimed: “Tonight?! But it is raining and storming out there, you will break your neck! There are no stairs or ropes that go up there!”   “There is a building all the way on top though,” Kenji noted. “I need to get there. Strange that they wouldn’t have stairs or ropes.”   “They don’t need those!”   “And neither do I.”   The merchant was incredulous, and all through packing up Kenji’s new cloak, some water, and some rice cakes, he kept trying to convince him to wait for the morning at least, even offering for him to spend the night in the shop. But Kenji simply declined politely.   There were more important things to consider than survival, and he was almost out of time. The hidden eye was throbbing and aching to see the light of the world, and he had spent far too long trying to find a way to gouge it out. Now it was time to let go of restraint and look for answers at the source. Rumor had it that a gateway to the Great Clockwork was hidden within the Yamato Mountain Range, and he had found out where at great cost to himself.   When everything was ready, he took the cloak, threw it over his shoulders and tied its lace. Then he reached down and grabbed his sheathed terebra5
The staple weapon of the White Lancers of Aerialis.
, looping the strap across his shoulder. He bowed slightly and thanked the merchant before leaving his shop into the wet, howling darkness.   Tapping the sheathed sword at his side, he murmured: “I am sorry for the inconvenience, my old friend… we will have our resolution soon; for better or worse.”   He jumped down a cliff and reappeared soon after at the sheer side of the mountain he intended to climb, catapulted upwards by some invisible force. He latched onto the rock and drew himself up, making impossible leap after impossible leap. There were answers at the top, and none would stand between them and Kenji Sokolow.
— Kenjimonogatari, Part 1