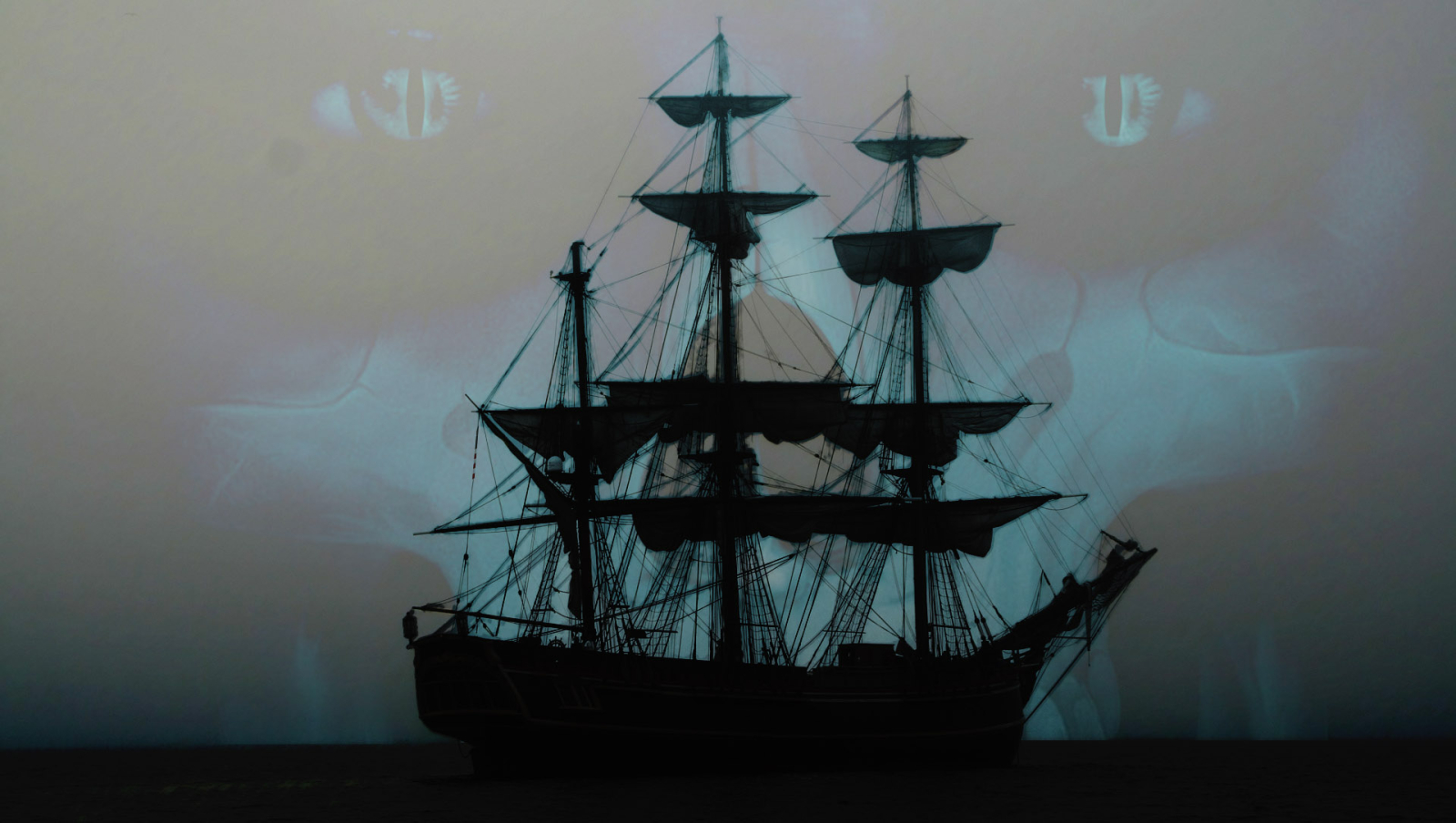 There are three major ports on the southern Rusty Shore: Nankô (南鋼) above the Yamato Kingdom, Blacksteel above Arkatrash, and Ísenwyll along the Axis of Steel. These are the first targets for most who cross the Iron Belt towards the Ocean Belt, as a clear-cut Rusty Shore meets relentless waves on the other side, save for Ísenwyll, which lies on the island of Svalbrynd that hugs the Rusty Shore.   Nankô is connected with the oldest capital of Yamato, the southernmost city Nanjing or Nankin (南京), by way of the Hagane no Michi (鋼の道), the “Road of Steel”, an artificial stream that crosses the Iron Belt and is used for transportation.


The fog banks were still low, closely hugging the surface of the water nearby. But further back in the south, thick white was encroaching on the Lucky Moth, chasing it almost. It had been seven days since the large, three-masted pride of the West Yamato Trading Company (WYTC) fleet had left Tachibana Harbor at Yumihari, carrying many crates of fresh banana, barrels of whale oil, and precious ivory.   As per their itinerary, Captain Kokuzo and his crew of forty-three intrepid WYTC employees were to lay anchor at all three islands of the Mandara Sankaku: Saego, Yûjima, and Aratajima. They had already checked the first two off their list, resupplying them as per their instructions and were now heading towards Aratajima to then make their way to Nankô Harbor where they would offload the bulk of their precious cargo to be transported across the Road of Steel to the fertile Yamato Valley.   But something wasn't sitting right with Kokuzo. He had seen fog before, and the way this milky bank of menace was steadily gaining on the rather speedy Lucky Moth had begun to give him pause. He had heard many dark tales about the Mandara Sankaku, tales about ships that sailed into the triangular region between the three small islands never to return or be heard of again. Tales about crews going mad from whatever it was they had seen inside. Tales of sea witches and demons below the waves. Of powerful yasha who had their own secret island in the very heart of the cursed region.   While superficially, Kokuzo did not put much stock into such tales, at heart, like so many other seamen, he was a rather superstitious man, and the impenetrable wall of white drawing ever closer sent a shiver down his spine. White was death. The color of yasha, the despoiled, the evil!   The only solace he had was that the skies were still clear up ahead to the North. "Drop the auxiliary sails!" he commanded, his tone urging the crew to make haste.   "It won't be enough," helmsman Semiarashi muttered. "They'll have us soon."   "They? If you have something to say, speak up Mr. Semiarashi!"   The helmsman looked at Kokuzo with clouded eyes. "They'll have us soon. The white will have us..."   Something about the way Semiarashi said this startled Kokuzo. "Who are they? What are you talking about, crewman?!"   The word crewman seemed to snap Semiarashi out of whatever trance he had been ensnared in. His eyes seemed suddenly much clearer and he closed his previously slightly parted mouth, only to wrench it open again with a fearful outcry: "Captain?! I didn't realize my shift had begun.... where are we?"   Kokuzo stepped back. "What are you talking about? You have been at the helm for hours now!"   This statement did not in fact calm Semiarashi down but rather agitated him further: "hours? You must be mistaken, Captain, I would remember getting out of my bunk! I wouldn't just... just... just...." His voice grew breathier and more hounded with every just and his eyes widened as far as was humanly possible, before her spun around with such vehemence that Kokuzo felt compelled to take another step away from him. Before he could understand what was happening, Semiarashi darted across the upper deck and ran towards the railing as fast as his legs could carry him. Then, without pausing, he jumped overboard.   As Kokuzo tried to reconcile the reality of what he has just witnessed and his unhinged grasp of the situation, the hairs on his neck stood on end as the knowledge began to sink in that something so terrifying had appeared just outside his but well within Semiarashi's field of vision that the helmsman had jumped overboard at high sea.   Infinitely slowly, Kokuzo turned around, the paralyzing fear almost preventing him from moving at all. As he did, a figure appeared in the periphery of his vision, a shadow growing clearer as he turned. And once he faced it, his breath grew ragged and panicked, and he could feel his heart pounding up his throat. Before him stood helmsman Semiarashi, staring at him blankly.   Then, the dense fog washed over the Lucky Moth, as if a second, more imperious, less forgiving ocean had decided to sink her within his depths, and the ship was never heard from again.
— From "Ghost Stories of the Mandala Triangle"