Also known as: The First Lady of Water of the New World, Mother of the Efalli, Wavemaster, Ariki Tapairu1
This means "chief of chiefs" in the Maoloaiya tongue.

Though technically predating the Maoloaiya culture, Efalla is considered the Grandmother of all Maoloaiya, "Tupuna o Maoloaiya", who consider themselves the children of her followers, the Efalli. As such only historians and anthropologists tend to make this fine distinction between the Efalli, Ainansi2
Ainansi is the official name for inhabitants of the Ainan island group with Efalli heritage.
, and Maolaiya, whereas the currently existing Ainansi and Maoloaiya both consider each other part of the same people (and often Ainansi will refer to themselves as Maoloaiya).

The Maoloaiya inhabit the Trans-Glaciatic Sea, cut off from the rest of the world by the mighty Gastropnir Glacier, which separates them from the Great Land and the Corsic Ocean. They are skilled navigators and nomadic island dwellers. ~ 4702

All the people were resting now, tired and weary of the hard labor of the day. Using what little resources could be saved from the cataclysm of the Reshaping, they had built makeshift tents and even huts to shelter themselves, some making plans for their first village in this strange new land where the sky was blue during the day, though most desired to explore their surroundings and seek out new homes elsewhere.   Now that night had fallen, the beloved stars had returned and Efalla was much more at ease. And though her arms and legs ached from carrying what she could, from tying ropes, from driving stakes into the ground, she looked at the gleaming lights in the sky with a feeling of lightness about her. As though the future was bright and full of promise. The yoke of the gods had been shed, and all the people on these endless plains were free people now.   Though most of them had retreated into the tents and huts or made their bed beneath the stars now, Efalla could not sleep yet. The words of the World-Shaper still rung in her ears, and her eyes kept wandering towards the very center of the enormous encampment. The encampment holding all the survivors of the War of the Reshaping that had allied themselves with the World-Shaper: Midgardians and Swartalben, and of course the Vanierkindern such as Efalla herself. And in that center of the encampment that stretched on far and wide, there lay, unremarkable, the five mighty Keeper Weapons.   Once, long ago, or so the stories of her forefathers say, these weapons rose from their unknown tombs in the ground, breaking an eternal slumber. Encased in gargantuan, monstrous creatures made entirely of their element, they rampaged across the Nine Realms until the Elemental Shamans, the first Keepers arose as well and took charge of them.   Now, they were just weapons, no different from any other except perhaps in their simplistic yet sophisticated beauty and craftsmanship. And sitting beneath the stars, Efalla could hear a strange noise from their direction. Like a heartbeat, a drumbeat. Not the drums of war, but a wild, free drum, a drum of jubilation. It called for her.   After listening to it for a while, feeling it reverberate through her bones, she rose tentatively, trying to be silent and sticking to the shadows. She gently moved across the soft, lush grass closing in on the center of the camp, until she saw them there: The Keeper Weapons. And one of them, a long, slightly curved blade, stowed in a beautiful wooden sheath drew in her attention, for it was the source of the drum beat. The beat, surely only she could hear, for people were resting not far away, unperturbed.   But not everyone. As she stepped ever closer to reach out to the sword, she noticed that four others had come to this place as well, and as they briefly exchanged glances, there was a moment of connection between them, in which they all knew for certain that this was meant to happen. And all of them, they nodded briefly, and they each knew which weapon to reach for.
— First Night, Year 0 of the First Age 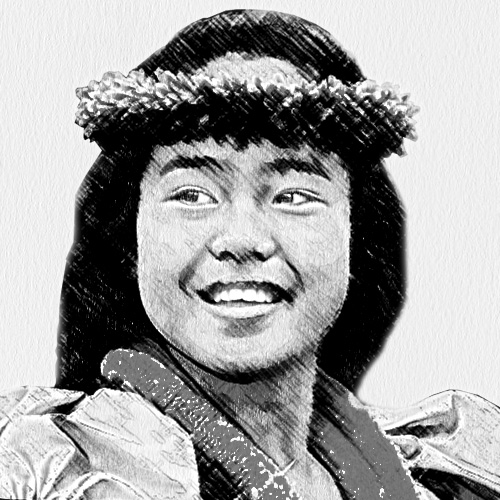 Life
35 BRe3
BRe or "Before the Reshaping" is also sometimes referred to as "the Old World". During this time, Aqualon was not a planet but a cluster of nine asteroid worlds called the Nine Realms. After the Reshaping (ARe), Aqualon had been turned into a proper planet. The first five thousand years of this new world are often referred to as the First Age.
- 144 ARe (Died 179 years old)

Birthplace
Efalla was born in Vanaheim of the Nine Realms in the Old World.

Children
Two sons, Ori and Keanu, as well as one daughter, Kahili

Efalla lead the Vanierkindern around the golden desert and past the fiery mountain, reaching the great Lake Glazglubin. So great was it that the Vanierkindern believed they had reached the sea. But there was no salt in the wind blowing across it, and though none could peer its far shores and all lakes on Aqualon are but puddles before the mighty Glazglubin, Efalla soon grew restless before it.   You see, child, when the Lady of Water had picked up the wondrous blade Aalandra, her soul was the ocean's forevermore, and the ocean's soul forevermore hers, and she could feel it lingering in the distance still, her heart aching for its mighty waves and glistening foam. She spoke to her people, our ancestors, and she asked them to follow her once again.   Half agreed, for she had not led them astray, but half looked upon the fertile shore of Glazglubin, seeing the mighty forest of the West in the distance, and they felt they had found their home.   In the end, our forefathers split, and those who followed Efalla would find and cross the mighty Iron Belt and set sail to find the islands we now call our home.
— From the Oral Tradition of the Maoloaiya

In stories and traditions, Efalla has been described as a bright, cheerful woman who radiated warmth and compassion. Though her time during the First Age was a rather peaceful one and her main concerns were the welfare of her people and the exploration of the Ocean Belt, her youth during the War of the Reshaping offers up some rather bloody chapters, and she proved herself a capable warrior long before she ever obtained the Keeper Blade Aalandra.   Though often cited as "a good listener" rather than a chatty talker, she has been described as decisive and a skilled leader. Her mastery of all water made her immeasurably powerful both because she and her people sought out the Ocean Belt as their home and because magic was still fairly underdeveloped during her time. She used her powers to ensure the safety of her people's first fleet and thereafter any fleet she traveled with.

A new adventure lies just beyond the horizon!
I worry for those that stay behind...
I will make my magic a beacon for my people.
There is always time to dance and play.

"The Vanier may be caged and broken, but their children still know the taste of freedom! We will make ourselves into keys and free our honored ancestors from clutches of unjust gods!"
— Efalla at the side of her father, 7 BRe

"This land is beautiful. But I cannot deny my heart, and within it I hear beckoning voice from the South. It is where we belong, I can feel it with my soul; follow me once again, and I will lead us to adventure and an ocean without end!"
— Efalla at Lake Glazglubin, 13 FA

"By the salty waves and the edge of my blade, I'll find the way!"
— Efalla before embarking on voyages at sea