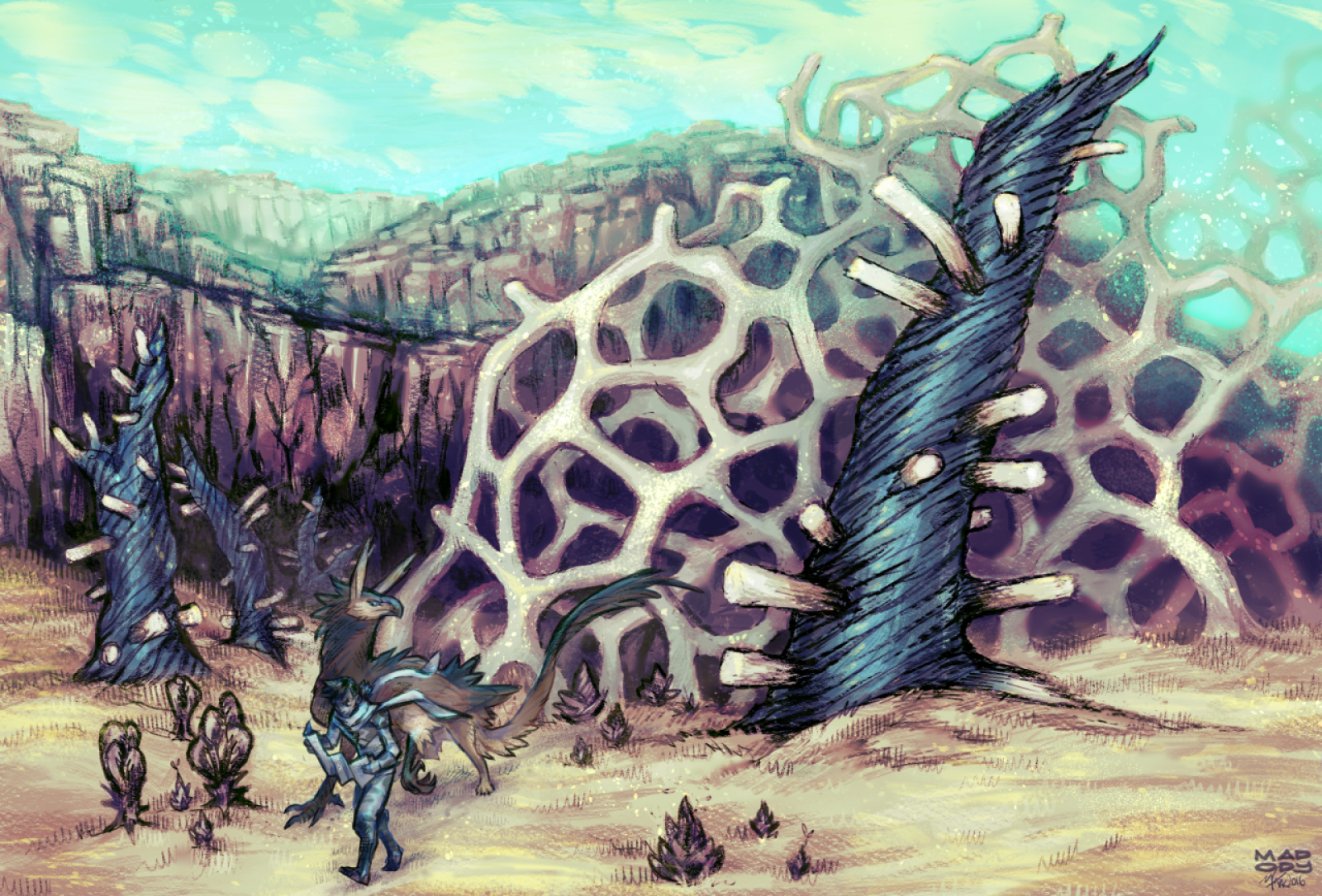 madody
Apteros is a unique world where the story of The Flightless takes place, which is an adventurous tale exploring the thematic concept of “flightlessness” both literally and figuratively. It is heavily fantasy themed, with some sci-fi elements.   The plot involves two arcs split by a thousand year timeskip; the main arc is set in Apteros, a seemingly classic fantasy universe similar to our own, but during which occasionally cuts to a spacey side arc from the past, slowly revealing the origin of how these two distant arcs collide and unleash the ties that will come to unravel Apteros' mysterious past.   In the main arc, an aspiring dragon empress slays the last dragon-eater, rallying her kind in the process, and demanding the extermination of humanity. Meanwhile, the side story documents the voyages of a scientific space vessel which conducts ongoing experiments in their travels of the neutral zones during an interstellar war.
Tweet