The most moving art you've ever seen, held in our walls for your peasant's eyes to behold.

Within our gallery lies some of the modern day's greatest masterpieces, by the greatest artists of our time. Works by great artists such as, xXBleakShadowDark1997Xx, KentuckyOtaku, [DELETED USER], and WexFan1789. Come visit us for a moving evening— but only if you possess the proper appreciation for our fine art.

Our gallery is the cultural heart of Paris. Just ask any acclaimed critic or socialite who really knows what they're talking about. On our first floor, any uncultured swine who visit will be immediately greeted with powerful pieces in our front gallery— so that they can quickly understand their lack of understanding. Beyond that, the floor is split in half, housing 3 galleries on each side of the grand hall. These include the xXBleakShadowDark1997Xx, KentuckyOtaku, and [DELETED USER] galleries, alongside the Japanimation, Fan Art, and Cat Picture galleries. At the end of the hall rests the Wex gallery, funded gracefully by the Magritte estate.   Purchase some of our fine wines, bring your best suit (or Wex merchandised clothing), and take in everything these powerful pieces have to tell you.

"I entered the Louvre— and ended up here instead. Honestly, I think I made the right choice. Or whatever mysterious art-magic brought me here did."
"The gallerist was patrolling the first floor and berating anyone he thought didn't belong. He began to tell me how little I understood, until he saw my Wex socks, apologized, and waived my entry fee."

No directions are needed for the artistically inclined. Simply enter the Louvre, and if your soul has the potential to understand our art— you will enter our gallery.

The coup de grâce to the uncultured visitor is our second floor gallery— the WexFan1789 gallery. This our largest gallery— filled with sketches, unfinished pieces, and more, separated into sections denoting each period of the artist's troubled life. Everything from their troubled childhood, including that time they wet their pants in 3rd grade, the Macaroni Period, The Dark Period during which no Wex games or other media were released, followed by the triumphant return of the Mustard Period following the release of Wex 4: Back in Action. We even have a small gallery dedicated to what appear to be WexFan1789's artistic influences— all sharing a shockingly similar style, leading all the way back to 1789.   One day, when they come out of hiding, we have more room for their future masterpieces. However, we understand that the truly cultured visitor wishes to see their greatest work: the original illustration that spawned their Wex OC. Wex but Red and Cooler. Renamed afterward to "Rwexcool." 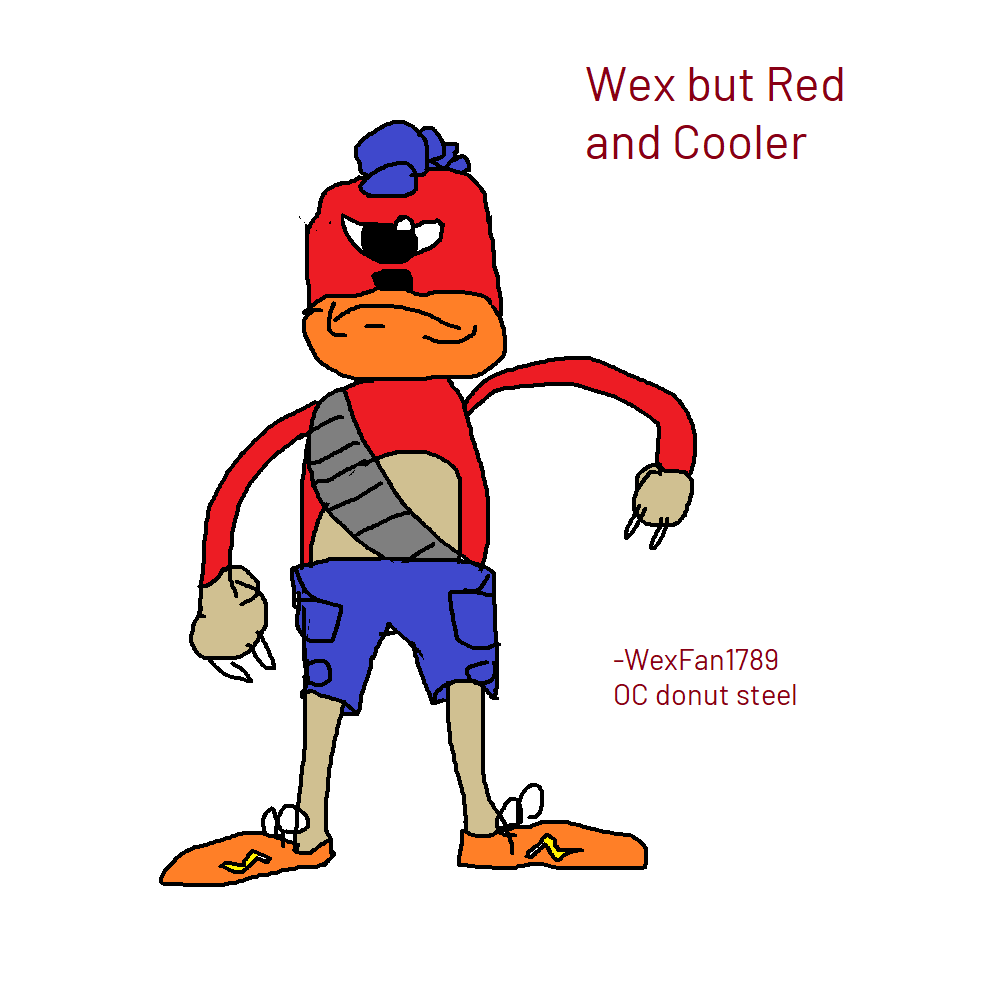 Everyone knows Wex's favorite food is a delicious interdimensional hotdog— get your own exclusive Gallery dog near the gallery store at our Interdimensional Hotdog Stand! 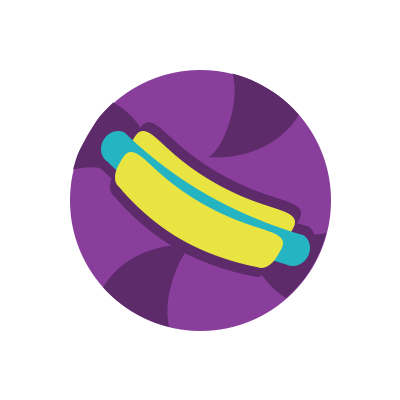 Little is known about [DELETED USER], who they were, where they came from— or why they left. Some claim they were banned over their increasingly explicit artwork, and others say that they had removed themselves to avoid the increasing ridicule. Regardless of the reasons for their disappearance, they have left behind a tremendous body of work that the keen eyed can truly connect with. As the gallery has received numerous letters, emails, phone calls, and even macaroni art from individuals claiming to be [DELETED USER]— we will no longer be responding to any messages mentioning their name.

Stop by our gallery store to purchase high quality prints, frames, and Wex merchandise! This includes copies of the now out-of-print Wex Comix.*   *Only for worthy or particularly wealthy visitors.

Number of Incidents: 1
Threat Level: Peppermint
The only danger to be found here is in the perpetuation of poor taste. The gallery presents us with a great source of information with which to track down A-1789, known to them as WexFan1789. As to why this is valuable information, please read the log below.
Incident Logs for A-103
Incident #103-1
Date: 2/5/2017
Location: WexFan1789 Gallery
Anomaly involved: A-1789
Civilians involved: Woman 1, Child 1, Woman 2
Video log
-A figure in a bright Rwexcool overcoat (Believed to be A-1789) stares at Wex but Red and Cooler. Child 1 approaches.   Child 1 (To Woman 1): So cool! I wish I could draw like that!   -A-1789 turns to the child, and holds out their hand. The lights flicker, and the child is no more, an image of them drawn as a Wex character now emblazoned on the floor tile they had previously occupied.   Woman 1: Help! My so—   -A-1789 repeats the same hand gesture, the lights flicker, and the woman is replaced with another Wex illustration upon the floor.   Note: From this, foundation researchers have been able to extrapolate A-1789's abilities. A-1789 is able to transfer the remaining life force of living beings who appreciate their art to their own. This has the side effect of creating more artwork, which in turn creates more prey for them to feed on. The gallery causes all who visit it to appreciate its art as if it was the greatest they had ever seen, creating the perfect hunting grounds for A-1789.   A task force was sent to capture A-1789 shortly after their appearance, but they were nowhere to be found upon their arrival. An on-site task force now occupies an unused gallery, waiting for the anomaly's next appearance. Considering that the gallery acts as the perfect hunting ground for them, this is believed to be inevitable.
-End Log-

It is in my opinion that this attraction remain operating at full capacity. Considering that A-1789 has only appeared once within the gallery's 5-year operation, there is little danger for visitors— especially now with a task force stationed on-site.
— Bwanbale ███, Viability Reviewer

You need more hossible MS Paint drawings for this. The world demands it!   Or rather, I demand it! That's good enough, right?   I got a kick out of this one.

I considered doing a set of 3 as a gallery thing but, time, and sanity haha.   Thanks!