So what if some of our products have a 10% chance to explode at any moment? There's nothing cheaper on earth!

Cheepe Co. was the ACF's very first sponsor— having grown alongside the foundation since the days of Jim Folks in New Mexico. Today, they boast a worldwide array of facilities, products, and customers. Much of the ACF's weaponry and tools are produced by Cheepe Co., once out of mutual trust and respect— now merely out of simple affordability.

Cheepe Co. produces and sells a wide variety of products, and are most well known for their catalogues of weaponry, machinery, and baked goods. Their products are often defective or of poor quality, and from this fact, they do not shy.

Sure, John may have died after our Cheepe Co. blender flew off the counter and into his skull— but you can't beat those prices!
— A promoted customer review 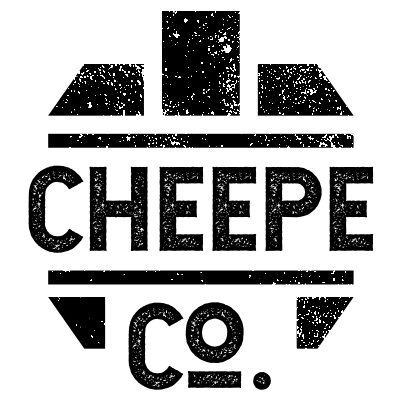 Based in
Gallup, New Mexico
Scope
International
Their clientele range from international corporations, governments, and militaries, to households, schools, and terrorists— each with their own varied needs. Varied needs, which are met by Cheepe Co.'s varied catalogue, which includes weapons such as firearms and firelegs, tools such as shovels or pushels, machinery like bulldozers and beardozers, and food such as cupcakes or litrecakes.

The reason behind Cheepe Co.'s incredibly cheap prices is a as of yet unknown manufacturing process— which imbues each of their products with anomalous defects. These defects are as varied as their catalogue, including radios that shrink in the cold, pistols that disassemble entirely upon reloading, and baguettes that may explode on contact with butter. These defects are somewhat standard across singular products, though even among those, unique defects can be found. Somehow, these defects are rarely noticed by the public enough to spark controversey.

I can't believe I need to ask this again, we really need to source new tools— this is the fifth time this week we've had to hospitalize someone after their shovel spontaneously combusted.
— Dr. Thomas, head researcher, DPS.

It appears that, from the start, Jim Folks has obfuscated the secret behind Cheepe Co.'s anomalous products. For what reason, no one appears to know— including the modern Folks family. From what little information we have at current— mostly emails accidentally sent to the wrong address and a particular defect where cinnamon rolls sometimes contain internal company documents— we can assume these defects are the doing of an anomaly referred to as "the Forjmaster."   What, or where, this anomaly is— we do not know. All we do know, is that they are some sort of trickster, who particularly enjoys the suffering or dissatisfaction of others upon use of Cheepe Co. products. Whether or not they gain power from these reactions, we are not quite yet sure— however, we have issued a memo to foundation personnel to avoid complaining when possible.

See, this is what ACME *could* be if they practiced mindfulness, ate more goji berries, and committed to stepping up their game. Somebody get the Coyote on the line....

Smh they've really fallen out of style these days.

Everything about this article zings nicely! Layout, laughter, layer of apprehension...:D My brain got a massive kick out of the product catalog ahahahaha:

weapons such as firearms and firelegs, tools such as shovels or pushels, machinery like bulldozers and beardozers, and food such as cupcakes or litrecakes

Glad that one worked out! I'm happy with that quote especially, since I spent a lot of time stuck on it for a single joke that turned into the antonym bit. Was worried I spent too long on it on stream even haha.

"catalogues of weaponry, machinery, and baked goods"   So... Which is the most deadly?

I got quite a chuckle out of "their catalogues of weaponry, machinery, and baked goods."

Ekaj is Jake backwards. *conspiracy board pinning*   I love this article - it made me laugh in several places. The logo is amazing, too! :D

Maybe there's a close friend and frequent aid on APRA whom Ekaj is loosely based on or something. Maybe we both thought it would be funny if the character's name was literally his name backwards.   Thank you!