The Jims say we've been approved to onboard new hires, welcome to APRA! Remember, what we do here is confidential— if you see anything in one of these files? Do not share it with the public. We're not supposed to exist. Leaking information tells us that you'd like to volunteer and feed the ravenous homunculi under Taipei. Anyway, protocol says you're in for mandatory brainwashing before you come in for work. Don't worry, it's not mind altering or anything of the sort, we just scoop out your brain and scrub it of any infohazards. Safety precaution. Don't worry, we use soft soap. Usually. Suds may leak from your head for a week or two after. Hungry after your brainwashing? APRA personnel get a 10% discount at all Agnew Sr.'s!
— Ash Ngo, APRA Director

Somehow you've managed to join the ranks of the clandestine APRA organization, you've heard rumors that the spread of strange parks and attractions in the past decade were the doing of one organization. You may have looked into the matter on your laptop in a cold bathtub while wearing a tinfoil hat— forgetting to use a VPN. That might have been how they found you. The next day, biting into a sandwich from your local deli, you found a letter bundled with a coupon for a fast food franchise inside. After spitting out and smoothing the partially chewed portion of the letter— the coupon was lost to the fiendish amount of barbecue sauce you had demanded— you realized it was an invitation. An invitation you couldn't ignore. The vague threats made sure of that. (Something about being left in the Wyoming wilderness near a den of man-eating jackalope.) 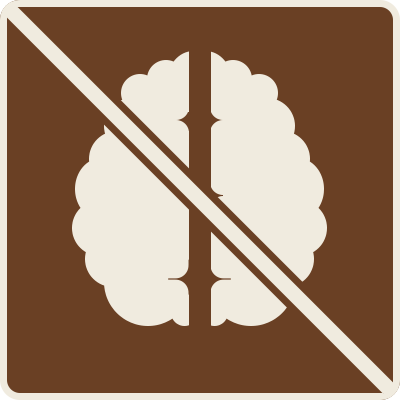 APRA is a subsidiary of the Anomalous Containment Foundation, created to help keep the foundation from going bankrupt and consequently allowing world-ending anomalies to roam free. They are set out to find anomalies contained by the foundation deemed "safe enough" to be released from containment and converted into tourist attractions. This, alongside corporate sponsorships, donations, and occasional funding from governments has allowed the ACF to keep the lights on just a while longer, even turning a profit in the process.   Attractions are set up and overseen by various shell organizations, including foundation-run theme park franchises and cooperative governments. Lines are crossed, and boundaries are constantly tested, in order to discover what can and can't work. Many venues are liable to go back into containment following disasters and accidents— unless, of course, someone pays enough to keep them open.   APRA operates in the modern day, and attractions run by them can be found across the globe. You, the reader, possess a notably high security clearance as an archivist, though you do not possess total clearance and some things are hidden from you. However, these archives seem to be an anomaly of their own— some things that you aren't meant to see are uncensored, like ██████████.

APRA is meant to be a lighthearted, comedic setting. A lot of jokes center around late-stage capitalism and failed government oversight, but there are a lot of jokes outside of that realm. Truthfully it's just whatever is currently making me laugh, this time I don't particularly aim to get out a particular message or idea, just plain old goofs. Some articles may lean into certain ideas or thoughts, but there isn't a heavy lean beyond comedy here.   APRA is a global organization, so I'd like to delve more into folklore, mythology, and history from around the world for its various attractions, personnel, and rivals. That said, I am most familiar with that of my own country— so there will likely be a bias towards those sorts of anomalies. I've got several global attractions planned already to try and remedy this however, and will keep an eye (and mind) open for whatever I can find!

Where Do I Start?

First and foremost, the introduction on the world homepage. Following that, these articles are a good place to start! I will update this section as time goes on!

An organization dedicated to protecting humanity, at least, so long as they can afford to do so.

Witness the real-life Jesus Christ perform miracles for your enjoyment!

Jake, for joking around with me and really getting me excited about fleshing out this idea! As well as being a good friend to bit with and bounce ideas off of, and encouraging me throughout the project!   Qurilion for early support and feedback.   Stormbril for UNKNOWINGLY giving me great last-minute formatting advice.   Amy Winters-Voss for also unknowingly having contributed to this by discovering the deadly combo of BBCode containers and Boostrap classes.   And WorldAnvil for being such a dang ol' good tool.

There are two primary inspirations for me creating this, first, and what got the ball rolling— was the first infographic piece for Trevor Roberts' Mystery Flesh Pit. This combined a mysterious eldritch horror with rampant tourism and capitalism, while keeping a happy tone.   I thought, well, of course they must be doing an entire series of similar attractions— that idea is too golden to not do, right? Nope. Their focus is entirely on worldbuilding the Flesh Pit.   My imagination was sparked, however, a flood of potential strange and dangerous parks of this nature came to my mind, and these could combine really nicely with my second inspiration— the SCP wiki.   I've wanted to write an SCP-inspired world for a while now, and this seemed like the perfect opportunity to do just that. I felt like this was too derivative though, despite it quickly becoming one of those ideas I found myself waking up in the middle of the night to write down new concepts for. When talking with my friend Jake about this idea, they immediately clicked with it, and got excited too— we talked back and forth about the potential of it and this got my engines going too far to turn back.   And here we are. Whoops.

You were right, this is some of the prettiest CSS I've seen. I love the concept of mixing this dark organization with the feel of a national parks association. Friggen well done.

I am happy to have unknowingly helped in any small way with this amazing looking project! :D   I'm extremely excited to see what comes out of this -- what I've read so far is great, I love the Crucifixion Corral. The SCP archives are a fantastic source of inspiration, and I can't wait to see more of your take on it.   And yes, the CSS for this is absolutely amazing! Great stuff all around here

Thanks! You gave me key info for formatting outside the lines! (I asked about your formatting on the catalurgy article about a week ago.)

Aha! That one! Well, happy to help, and excited to see how you use it :)

Go to edit your profile and simply fill in the "community signature" box!

Maybe you forgot to hit "save changes?" It's at the bottom of the edit screen so I wouldn't blame you. If you still have no luck, there's a help channel on the WA discord.