Although being a wizard is an incredible accomplishment on its own, the very tip of the hierarchy lies The Grand Magus. There are only three in existence at any given time keeping balance to the arts and these three lead The Enclave. Only the most powerful practitioners in Aonus are ever considered but it is paramount that they demonstrate wisdom as well. The primary duty of the Grand Magus is that balance is kept within the veil of magic.

The Grand Magus is considered one of the most powerful practitioners in Aonus, but he is not immortal. Typically when a Grand Magus begins to sense his inevitable return to the veil, he will nominate a successor. This person will have proven themselves in their field of work contributing valuable research and knowledge. They must also demonstrate that they are capable of providing advice to others as many seek their knowledge. Every Grand Magus has their own criteria with which they choose their successor and no one is alike. While one may look for the raw power potential another might look into how their research contributed to the livelihood of those less fortunate. A Grand Magus does not have any true political affiliation, having to relinquish any statesman position they may have once may have held.

Becoming a Grand Magus isn't something one strives for but rather is chosen by a previous Grand Magus. They could be a court wizard, entrenched into the politics of their respective kingdoms or a wizard who has chosen a more solitary life, focusing more on their research. It could be a war mage dedicating his life to the protection of the land or a pious man delving into the beauty of the weave. They can be selfish, virtuous, or fair-minded but they all respect the veil.

A Grand Magus doesn't receive payment directly. However, charitable donations and payments for services rendered go to The Enclave to which they use to replenish supplies, food, and amenities for those living in the Tri-Spire.

Every kingdom in Aonus knows who the Grand Magus are, even those that do not trust the wizards. Their name carries weight and are considered royalty in their own right. They also have unlimited access to all the compendiums, books, tomes, scrolls, and research that has been compiled over the years, allowing them insight into some of the most closely guarded secrets in all of Aonus.

"That magoo fellow? Yea, I heard o' him. Right creepy fellow, if ya ask me!"
— Tavern Patron

After the cataclysm, the Enclave fell to ruin and with that so did the position of Grand Magus. A position that existed for hundreds of years now lies vacant, a testament to the incredible power and fear that magic once held. 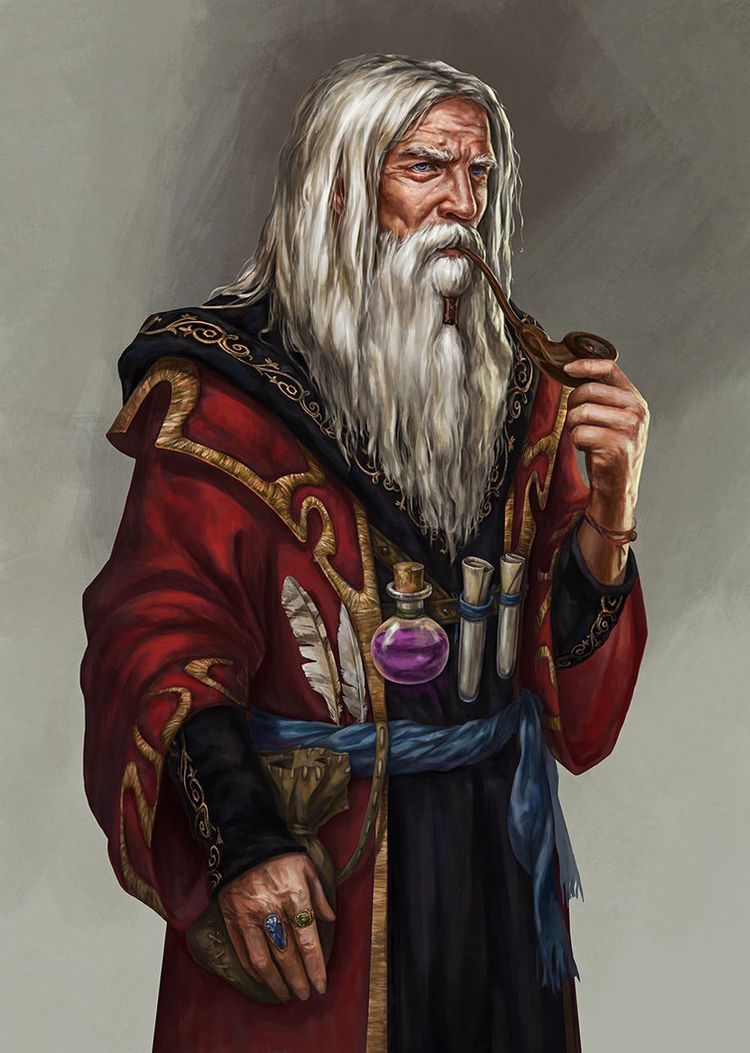 Remove these ads. Join the Worldbuilders Guild
Magic and the Weave