At the only entrance to the Hereafter sits the realm of Mandos.
Mandos is the name of both the realm and the city at its center. The realm of Mandos is a dreary place, a wasteland with little but shrubs and fog on hard ground. Out of the ground and scattered about objects both garganutan and small jut out of the ground like partially excavated bones of a long dead multitude. From all points within the realm of Mandos, the tower at its center is visible, leading the souls of the dead to the city at it's center, the City of Judgement.
The city of Mandos is the home of the gods of judgment, death and the afterlife from all manner of cultures like Kelemvor, Hel, and Herra Kolem. The City of the Dead is the last stop for a soul after being retrieved by one of the psychopomps before they are sent to where they will spend the rest of their eternity. Within the tribunal tower at the city's center souls are judged and sent to their appropriate afterlife by one or more gods of the dead. The city gates and the lands of the realm outside the city of the dead are guarded by (depending on interpretation) one to three enormous hounds that ensure that souls are not snatched by wayward demons or other extraplanar creatures who prey on them.
Mandos, along with the entirety of the realm of the dead formerly known as the Boneyard and, according to several legends, was ruled by a single deity of death known as Nerull who is believed to have overthrown Death itself to become its overlord. For millennia that followed, he held the souls of mortals ransom from the other gods before his fall and the separation of his power.   Much of the nature of the city of the dead is unknown to the living. All that is truly known is that it is the location through which souls pass to reach their appropriate afterlife, and each culture holds different ideas of who and what appears there, many based on the experience of those who have died and been resurrected, causing further confusion.

The structure at the center of the city of judgement, an enormous spiraling crystalline tower that gleams like a beacon through its realm, is the seat of one or many gods of judgement and death, the deciders of the fates of mortal souls.

The Pathway of Souls

The pathway of souls is the passage by which a soul treks from the entrance of Mandos to the city of the same name to be judged by the Doomsayers. The Pathway is guarded by the servants of Death as well as a handful of trusted denizens of both the upper and lower planes who seek to ensure the souls that they would receive do not get stolen away by the wandering creatures from the Astral Sea or a denizen of any of the other planes.

Deals Within The Walls

One entity that has been given access to the city and its denizens is the Lord of Hell, who has made a contract with the gods that rule the plane of the dead. In exchange for the guardians at its gates, the Lord of Hell's demons are able to make contracts with the waiting souls of Purgatory, binding their souls to Hell for the purpose of strengthening Hell's armies in their endless war against the demons of the Abyssal Scar. Every culture has a different story as which god made this contract, but it matters little as the contract holds. Though few take these contracts willingly, those who fear their afterlife may take them for a chance at a marginally better fate.

Secrets Taken To The Grave

The Library of Nilhiloc is the only "faction" allowed formally within the walls without contract. The Library's initiative being the collection of stories, has a branch set up within the city of Mandos to collect the stories of the lives of the souls that pass through. The "Secrets Taken To The Grave" branch of the library focuses on exactly what it's name implies, offering an almost cathartic service of allowing souls to relieve themselves of hidden secrets, deeds, and guilt they hold on to before their judgement. As with all things the Library does, the stories recorded are added to the books written for each soul and stored in their repository, assumed to be deep with in the Astral Sea.

Outside the walls of the city, the bone-strewn fields of Mandos are guarded by gargantuan hellhounds that hunt demons and other creatures that hope to prey on souls making their final trek along the Pathway of Souls to the city, a gift from the Lord of Hell for a long-standing contract with the gods of death. 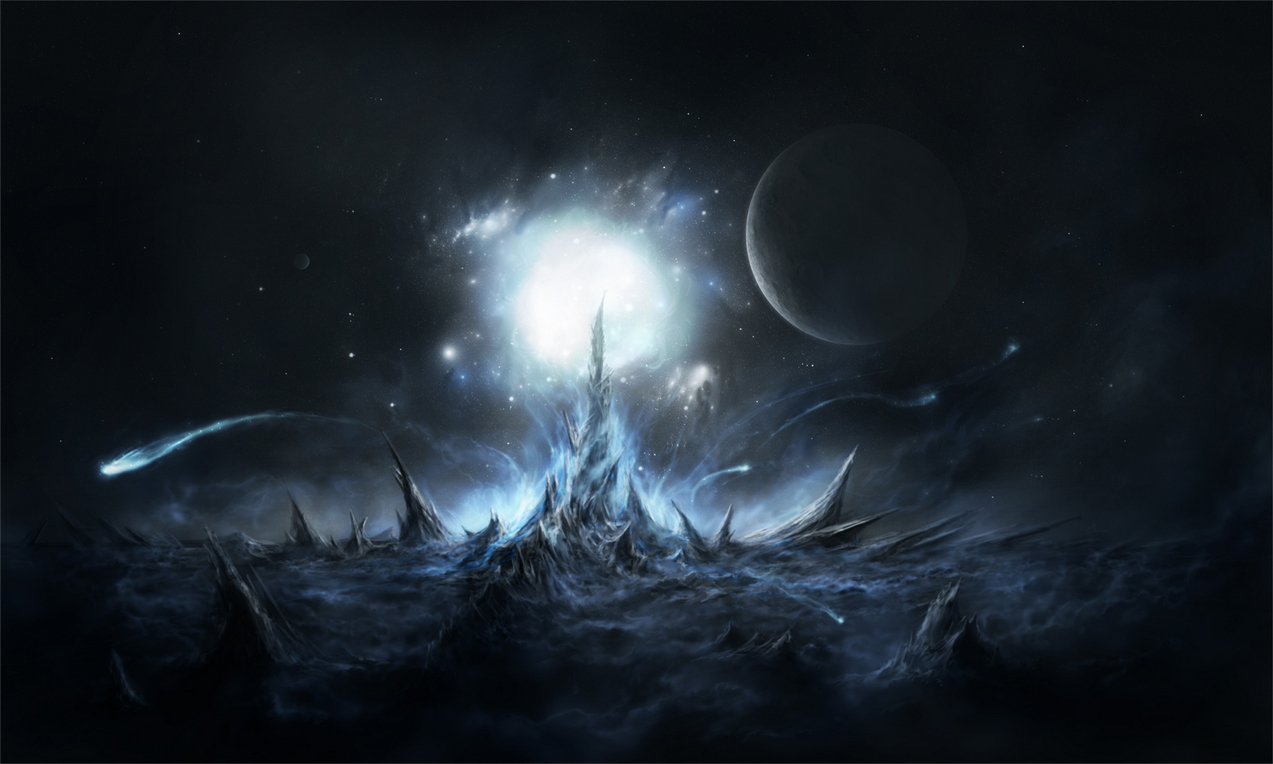