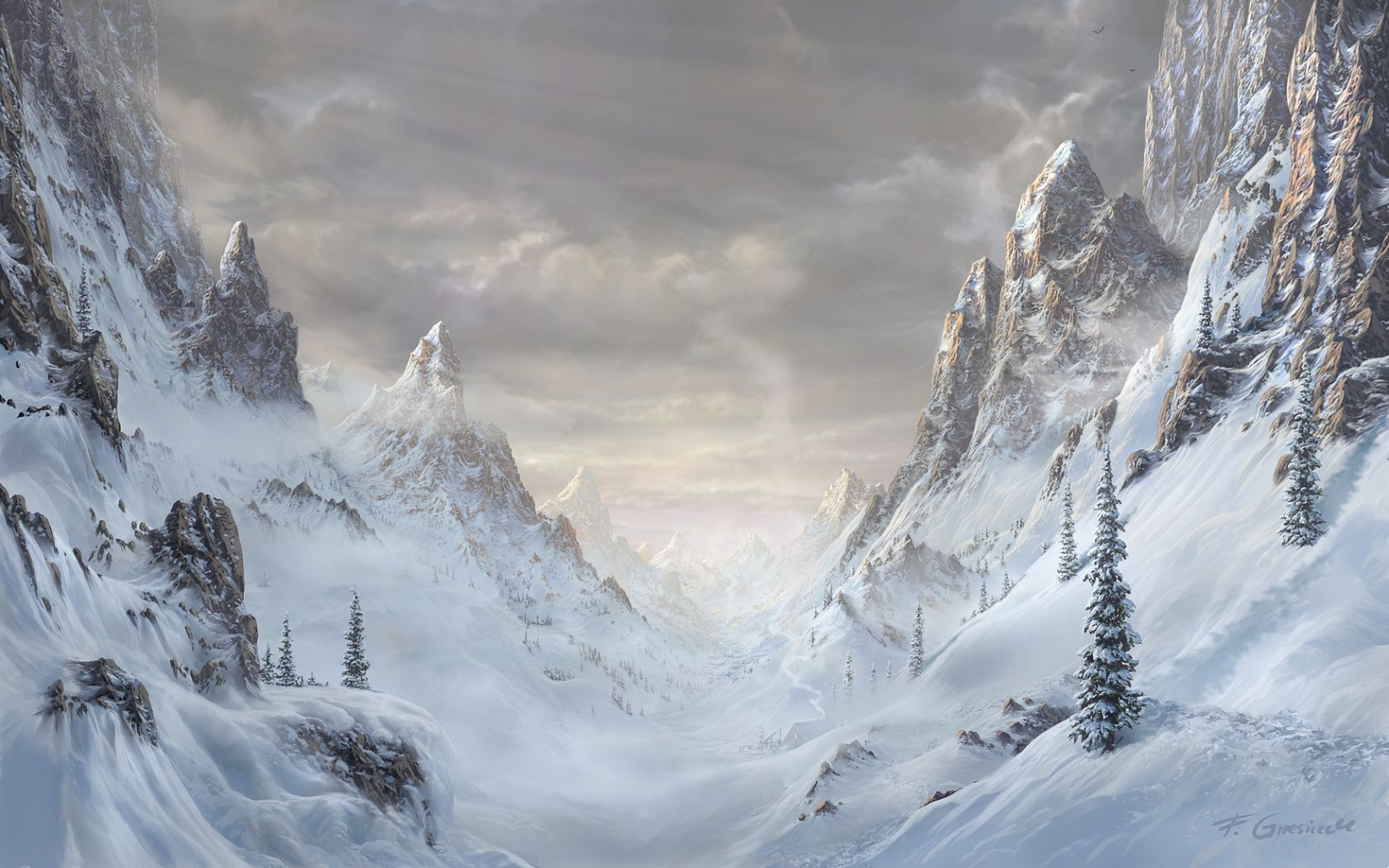 Binorðheim, known by most outside of it as the “Lambent North” is a harsh, cold, and unforgiving land north of Harental where several clans of people known as Nords live. The continent is named as such for the skies above it that glow brightly through most of the year with shimmering, multicolored light. Binorðheim is the home of the Nordic people who once inhabited Harental and lands around it that have since been lost to time and catastrophe.

The climate of Binorðheim is cold year-round: cool summers and freezing winters, with a fair amount of precipitation throughout the year. Blizzards are common in the winter, as are other winter storms. In fact, the winters in the north have been getting steadily worse and longer over the last several decades to the point where it is becoming difficult in parts of the north to grow what few crops they can.

The people of the north are somewhat varied but are mostly made up of the Nordfolk (or Nords) who are mainly human, though larger and tougher than those to the south. Others also exist in the form of: half-humans, Helfødt (tieflings), Einherjar (aasimar), Skaukatti (winter lynx tabaxi), Lesser Jotun (goliaths), Alvarbloded (half-elves), Duergar (dwarves), Jotunbloded (half-orc and orc), Alheimi (genasi), Howbairn (halflings), and Isbjørn. A strange mix of draconic blood and human has shown itself in the members of the clan of the Dragon known as Dragebarn. Few alfar (elves) exist in the north, but those who do come in two forms (according to the inhabitants): the Ljósálfar or light elves, and the Dökkálfar or dark elves. These two alfar races are told to have warred for centuries over the light of Binorðheim, a war that their light skinned kin won at great cost, banishing the Dokkalfar underground. Now the Ljosalfar are rarely seen, and the Dokkalfar are only rumored to exist still beneath the lands, coming up in the dark months to raid villages and steal away people for their own nefarious purposes.

The Nords of the Lambent North did not always call the cold wastes their homes. Once they lived on Harental and lands surrounding it, but the Sundering destroyed their lands and sent many of them onto islands to survive. Centuries later, they have been driven far to the north, but they still hold to their ancient ways. They are a warlike society that values might, honor, valor, courage, and loyalty as well as justice and curiosity. They have made allies (at least most have) with the dwarves of Ivaldir in the north.

The Isbjorn, also known as the Ursen, are a race of intelligent polar bear-like beings from the distant northern lands and seas. They are a highly spiritual race that for centuries has lived in cities built upon, and carved into, icebergs in the arctic seas known as Havens.

The dwarves of Binordheim are known to the people of the land as the Ivaldir, named after their forge god Ivaldi. They are skilled artisans famed for their weapon and armor smithing as well as their runecrafters, and have a strong relationship with most of the people of the north.

High snow-capped peaks, boreal forests, tundras, glaciers to the far north and a few cold wetlands on its far southern regions make up the geography of Binordheim. A large sea, frozen nearly year round, takes up the central portion of the continent with a single notable island in it's center holding the remnants of an enormous tree the locals call Sarendril.

Along the southern coast of Binorðheim, boreal forests are common among other forms of hardy plantlife. The further north from the southern shores, fewer plants exist and the lands grow more barren until the Lysendspyd (Luminous Spears), a range of high, icy mountains in the northern reaches of the continent.

The people who call themselves Askarn, known to those outside their homelands as Nords, have not always lived among the people of Binordheim. Centuries ago the Askarn arrived at the shores of Binordheim and Harental seeking refuge from a cataclysm that had ravaged their homeland and caused it to be lost to them. Over the next generations they eventually integrated with the people of both lands making it their new home. Eight hundred years ago, an Askarn king took it upon himself to conquer the entirety of Harental and succeeded. Thus, the Holy Empire of Aestara was born. Those Askarn who refused to bend the knee to this new emperor were, over time, either driven from Harental to Binordheim or killed. The final act of treachery that the newly crowned "God-King" made before establishing his empire was when he returned to the north to sunder the great tree Sarendril, a holy site for the Askarn people brought with them as a seedling from their lost homelands.