Ghouls are undead humanoids who devour the flesh of corpses. They are aggressive towards anything with a pulse and show no signs of sympathy or mercy. Many who have seen Ghouls and witnessed what they are capable of have spoken of a monster with an endless hunger who cannot be reasoned with. To most, they are no more than another wild animal to be avoided.

A group of Ghouls living and hunting together is called a Rot.

At first glance a common Ghoul would appear to be almost familiar. Humanoid in shape and stature and usually wearing the rags of their former life; from a distance many do mistake Ghouls for men and women until its too late. Up close they look emaciated and almost entirely hairless. Their grey decaying skin sits tight and stretched over almost visible muscle and bone. Sharp rotting teeth line their mouths and their eyes, tiny and sickly yellow, reflect incoming light as an animals' would.

Aside from being able to break your bones with surprising strength and tear your flesh with razor claws and teeth, Ghouls are also capable of paralysing their victims for an easier meal. Administered through their claws, this sudden paralysis can last as much as half a minute, giving the Ghoul plenty of time to secure its meal. Surprisingly, Elves are immune to this effect and as such are popular hires for clearing out Ghoul infestations in caverns and abandoned settlements.

Due to their rotten and diseased nature, it is possible to become infected by a Ghoul's bite. Without the proper medicine or care, Ghoul fever can be deadly. Some say those who die from the illness rise again as a Ghoul at midnight.

Although fairly fond of damp caves and the dark hovels, Ghouls have very little preference when choosing a place to live. As long as there is a warm and living food source nearby, they aren't fussed. Ghouls are the most common form of undead and can be found lurking across the entirety of Aolara. Like a disease, they are nigh impossible to completely snuff out. They are known to be attracted to farmer's livestock and mass burial sites. Whilst at war Ghouls can be seen lurking on the edges of battlefields, waiting for their meal to stop breathing.

"The Ghouls will feed as the rest of us bleed." - Laurence Dollowart

Unfortunately, although the common Ghoul, as described above, is by far the most frequently identified; there are a number of rarer sub-species that exist:

Bloated Ghoul - These larger variants are not to be trifled with. For a Ghoul to become Bloated it must engage in a ritual gorging, consuming the flesh of hundreds of humanoids until their bodies swell with undigested meat and bone. They eventually grow in size and become pot-bellied with a maddened hunger even stronger than before. This Ghoul doesn't require air or sleep and the sheer power it contains usually puts it at the top of its rot.

Bonepowder Ghoul - This odd but lethal variant appears as a small unassuming pile of dust and bone fragments. When a Ghoul starves and withers away it sometimes transforms into a Bonepowder Ghoul. Its dusty mass seems to be animated by the foul energy of its once living self and seeks only to devour and corrupt all living things. This variant is most common in dry climates such as deserts.

"Bonepowder Ghouls are a whispering sand with ever-moving teeth still hungering for flesh and blood."

Ghast - Closer to an undead cousin, Ghasts hold many similarities with Ghouls. They are slightly taller with a stronger physique, pale white skin, a sharp coiled tongue and long clawed fingers. Ghasts are more powerful than your common Ghoul and although they appear to be less rotten, the stench of death and decay that pours from their form is stronger than that of any Ghoul. The reek of rot is so potent that it is said to cause nausea, retching and in rare cases even paralysis.

Lacedon - Also known as the Sodden Ghoul, Lacedon are an aquatic type of Ghoul able to breathe both in air and water. They are often found lurking near reefs and rocky shores waiting to pounce on unsuspecting wanderers. Lacedon are fairly solitary creatures, however there are tales of large groups circling sinking ships like sharks, waiting to drag helpless sailors down into the depths. The islands of Vatica are a popular nesting ground for Lacedon. 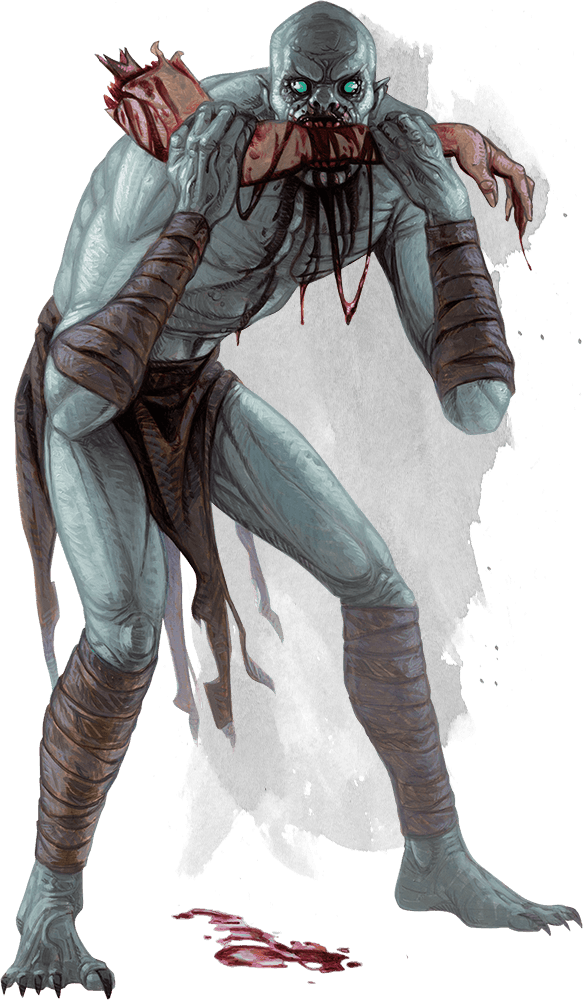 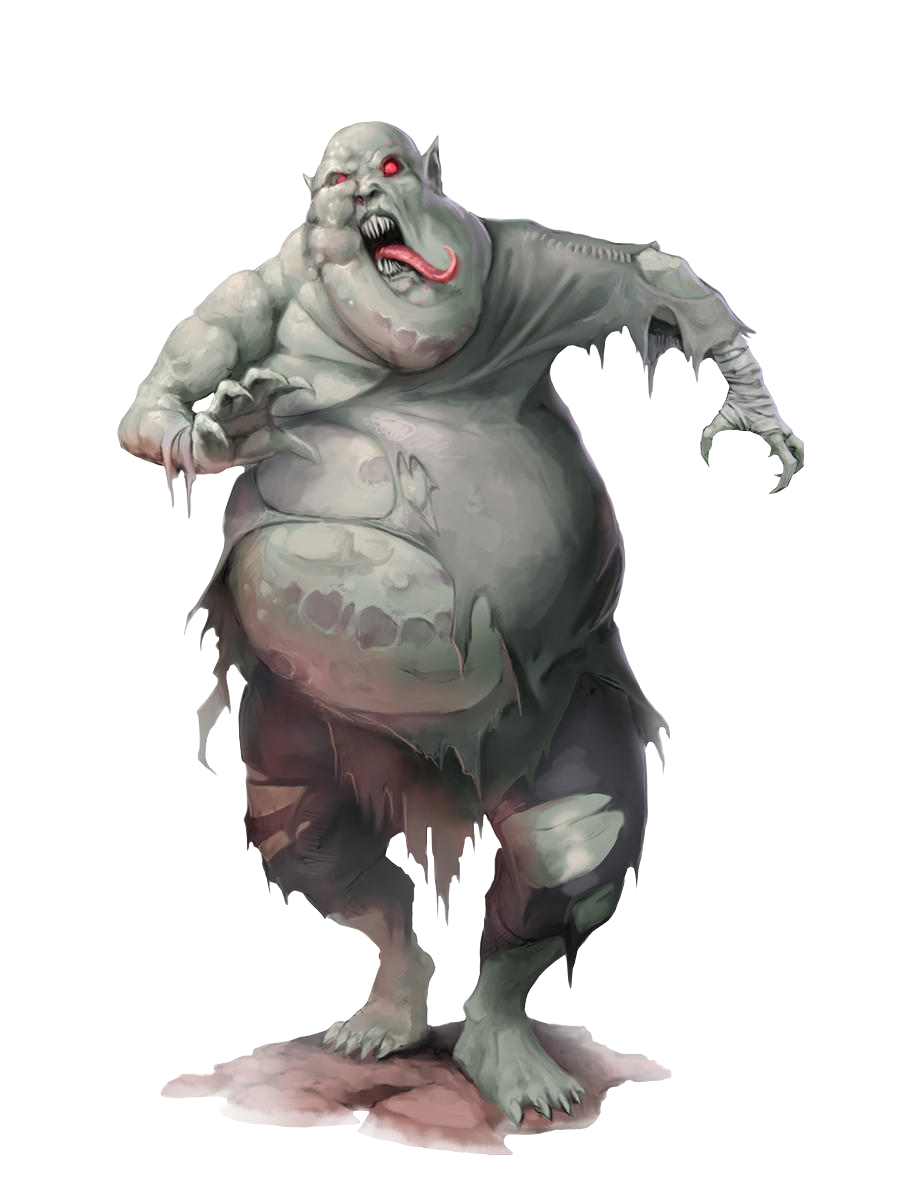