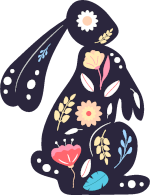 Perhaps I was always an explorer. But, looking back, I thought I was a cook, and that was all I needed to be or would be. At my parents' market stand, we made things like potato pancakes, babka, and cheesecake tarts. We had the best secret recipes, and a touch of magic made everything soar!

Every day, I wished they would let me use magic to peel the potatoes. They never did, and I never stepped over that line. My dad had one of those voices that would stop you in your tracks. When he used that voice, he was communicating this was something important. Beyond the time or place we were living.

Those simple values became so important wandering the cold expanse. On top of that, my parents always left room for me to explore the city or market. My mom seemed to know that my path would take me far away. "Let him have this little joy," was her favorite line to my dad. At the time, I thought she was being extra motherly.

They were scared of what we all had to face the day I left. Like they had known it was coming, "Let him have this little joy now because later it will be gone." When I said I was going to help the Storyteller, they yelled and then begged for more time. They even brought up family obligations, but my dad did not use that voice.

It sounded like they were being selfish but were worried. I am sad my parents did not consider escape or exploring other paths an option. They had expected to be with me until the end. But, to their credit, they planted the seed, the desire to try out new things and explore. 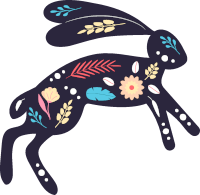 Plus, they inadvertently took my obligations. They never let me make any of the deals at the market stand, never allowed a noble to lock me into a trade. So, I did not feel the enchantment and compulsion to follow Glain.They were a thousand miles away, standing right in front of me, so I said goodbye and left.

The Storyteller gave me this branch from her tree before she was banished. She showed me how to deposit my stories into it. I hadn't used it until Verin convinced me that it may be helpful when struggling through the day. When I find the Storyteller again, I will have a gift to share back with all my stories. 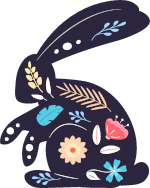 The forest village in front of me now seems like a pleasant enough place. It is filled with people coming and going. Some were working the fields, some going to shops. There is a marketplace, like my home, but not nearly as big. There are a couple of gangs of children out playing. One little girl is carrying around an orange cat. This activity is all a good sign, a community working together and playing together.

It's way better than my greeting after coming through the portal. I found a way to track down the Storyteller. The Autumn Library had the components for a spell. They also knew of a map and key. With the components, map, and key, I reopen the portal used to banish my friend.

But, once on the other side, she wasn't there. No one was around to share my travel log. Her tree, once used to store countless stories, was burnt and scarred. It leaned in a wide clearing. The large branches torn and twisted on the ground. All the effort back and forth across the Domain of Cold and the forests of Eylium did not get me closer to my friend.

The remains broken on the forest floor did not leave me with much hope. So when Glain's thugs came through the portal after me, I didn't even try to run.

The moments after that were a little foggy. They marched me over this new land to some ruins. A distasteful man named Bartholomew locked me in a cell. It didn't take me long to escape, but I didn't know where to go. With no direction, I wandered in the forest.

A voice on the wind started to call to me. It was a little further past each tree. "Tell me can you hear me," it called. I didn't know how to respond. I know it was a bad idea to follow a voice in the forest, but I kept going.

Wait. Where is that orange cat? 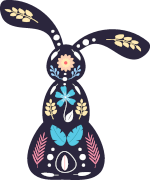 This spot on a small ridge offered a nice view of the forest village. Unfortunately, it also made me more visible than was wise. The orange cat strolled around a tree to my left and padded right up to me.

I froze. Don't judge; it's a strategy. The cat got right in my face and sniffed. Then he moved to my feet, absorbing the scents of where I had been. He licked once.

He could have eaten me right there. Instead, he pushed his head into my side and rubbed around my back. Then, he swung around and nudged me forward again. The cat presented a summons I needed to follow. I put a paw on his back as we walked toward the village.

My fight-or-flight sense called for me to flee, but I kept my hand on the orange cat's back. The village was loud. Things were moving fast. The orange cat was not afraid of the tall people walking down the street or carts clattering by. Several got out of his way.

The orange cat turned left at the town square, and I stopped. 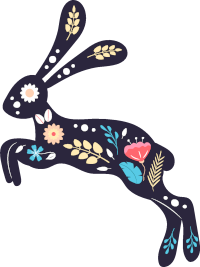 A gigantic tree stood in front of the town hall- nearly 5 feet in diameter and 50 feet tall. It stood higher than the two-story houses of the village. The branches and leaves reached wide, almost touching the buildings on each side but not visible outside the village. A hint of magic shimmered along its edges.

The wind raced up the street from behind me and rustled the leaves. I heard the voice that had been calling out into the forest. It beckoned me forward. The shades of green flickered in the sun. I could smell the Royal library by my home, where I first met my Storyteller friend.

I had been drifting over an empty expanse for so long that my words didn't make a sound. Hope rose dark and firm in my throat. My stomach churned. Tears welled in my eyes.

And my friend stepped out from behind the tree.

I appreciate you reading my flash fiction article. This story explores the 2022 World Anvil Summer Camp theme of Discovery. This flash fiction doubling as worldbuilding may be used as background for my ttrpg games or as content in my other writing projects. The folk rabbits illustrations are from iStockPhoto.com/Yuliya Baranych

Answering: "An Explorer, Researcher or other character motivated by discovery."
Visit George Sanders's Competition Page Check all other answers to this prompt Competition Homepage

I love hearing the characters speak to us using their words and thoughts in the article, well done. Love the deep connection to family shaping who he is.

Thanks! I just re-read the article too. I felt this one was a rough draft but really like how it aged on me. It connects to several later prompts. I'm looking forward to editing and finishing some of htem up.

Submit articles for Lavani to read by leaving a comment on her Reading List!
Powered by World Anvil