This unassuming longsword is credited with bringing peace to 5 tribes of the Uq Hills in their hour of need. The tribes were under constant assault from their aggressive neighbors. Whether the neighbors were bearded and smelly or scaly and slimy, it didn't matter. If a member of one of the tribes was spotted, they were attacked. The tribes themselves didn't get along either, resources were scarce and everyone knew - you better take what you can, when you can.

The tribes could craft and build but the constant scramble for resources had degraded their skills. The sword was not likely to have been made by one of the tribes. It is suspected to be an elven blade, perhaps a gift, or perhaps stolen like in most traditions of the tribes. It ended up in the hands of Garium. He wasn't a strong warrior or a wily thief...no one is really sure what he did before the sword appeared. He had not stood out and that made what the sword did all the more amazing.

Of course, everyone else wanted the sword. Yet, no thief seemed to be able to get close enough to swipe it. When that preferred tactic failed, threats followed. Garium would say no when someone would demand it. He would then walk away. Eventually someone tried to forcibly take it. Garium would never swing first. He would dodge that first attack and only after the first attack would he swing back. It didn't matter if he was sucker punched or if it was telegraphed. No amount of taunting seemed to cause him to lash out. Until the first attack was done, he would wait.

Garium described that once he picked up the sword he could not stomach undertaking a malevolent act, even if he thought the other person deserved it. Once they brought the fight to him, he would finish it. Muscled brutes twice his size and talented archers tried to take him down and all failed. Gangs of 3, 4, and even 5 were not able to take the sword.

A new word developed from Garium's demeanor - Garish. He was blissful and optimistic. He didn't seek vengeance and many times didn't kill his attackers. Many of those opponents became his fiercest defenders and advocates but all waited for his command before attacking. Garium traveled to each of the tribes. The discipline and optimism for a better future spread.

While in possession of the item, the bearer feels fortunate and optimistic about what the future holds. The bearer will rarely put the item down or leave it off their body. During the first night the sword, infused with magic, starts training the bearer how to fight. The longer the bearer keeps the item the more of the information the sword holds is transferred to the bearer. In this way over generations, the bearers of the sword are expected to do great things.

The sword also heightened certain emotions using feelings of disgust, discomfort, and uneasiness to reinforce the tactical and strategic training it was imparting. In the opposite manor, the sword heightened emotions as the bearer experienced beauty, undisturbed places in nature, and connection. It was noticed that butterflies were attracted to the item. The keen edge of the sword glistened in the sun and never seemed to dull. It was a great source of entertainment, testing the various things that could be tossed and sliced by the sword.

It is known that elven communities commission 'first' swords for apprentice warriors that help train them. Garium's sword could be such a sword unleashed unto the world leaving a lasting impact. 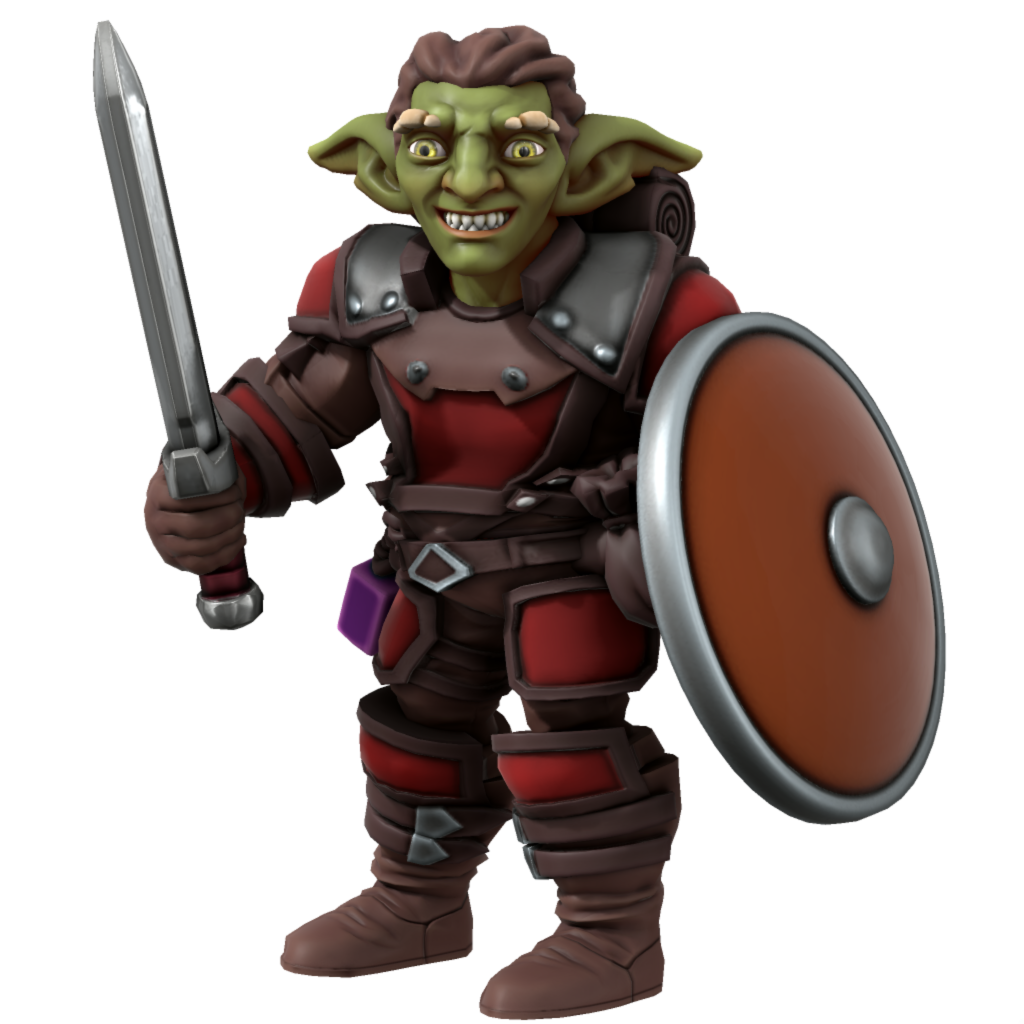 The Number One Goblin will Fall
Three Claw Tribe
Weapon

Item type
Weapon, Melee
Weight
1kg
Dimensions
0.75m
Winter Jasmine
Community Challenges
Birth Traditions of The People
In response to the prompt Tell us about an item that is unique, wondrous, or magical!