Order of Light and Shadow

The Order of Light and Shadow is an order of knights which has its seat in the Protectorate of Celestria. It was founded for the first time in 2908 Time of Change, and found its temporary end in the Dragon Wars when the Scalebearers were almost completely killed during the battle. It was re-founded in 1580 of the Time of Heroes when the Scalebearers of this generation settled Celestria and took possession of Castle Rabenwacht. Today the castle is the headquarters of the Order, which is closely linked to the Celestria government. 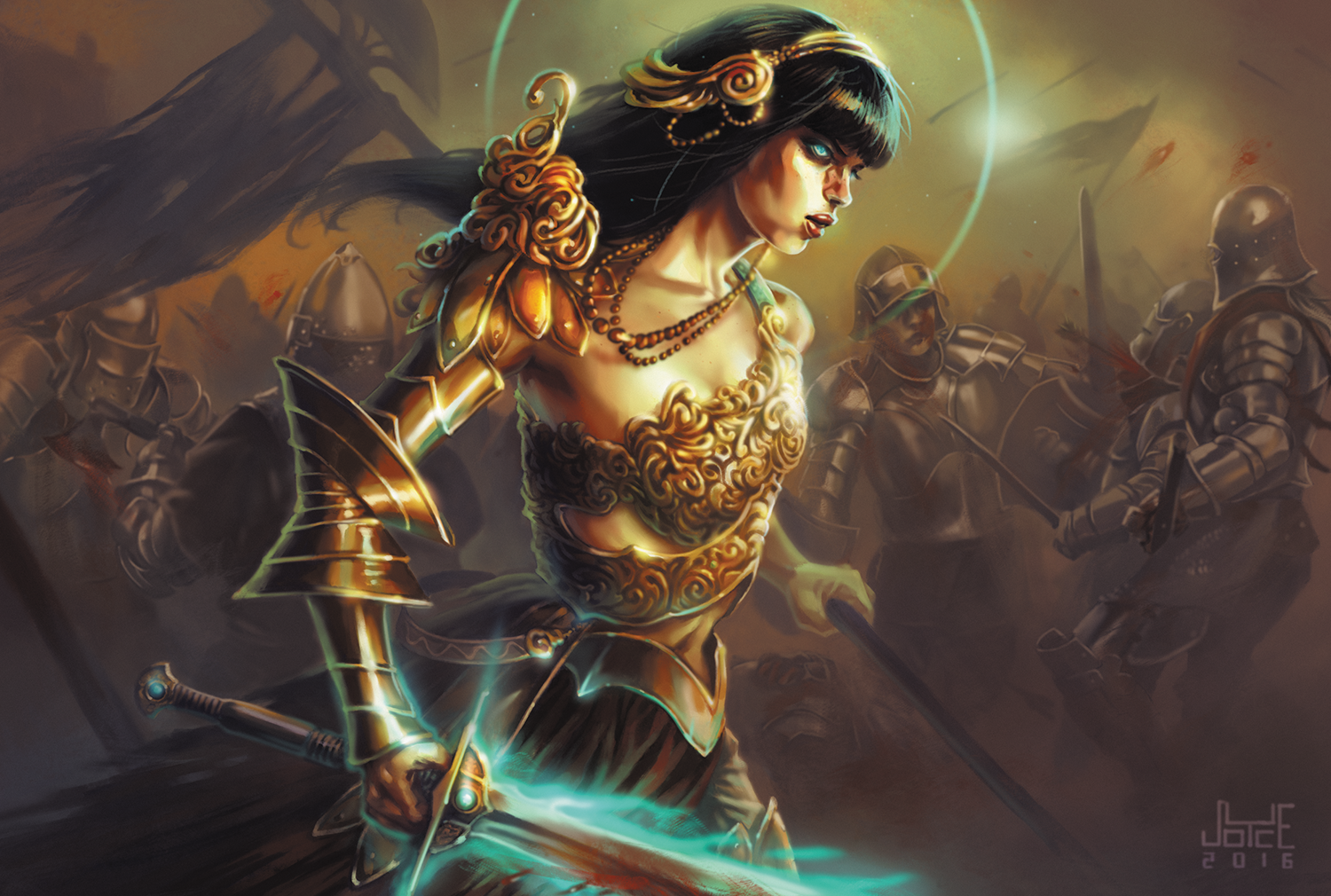 Duties of the Order

The tasks of the Order have expanded massively since its foundation. While in the early years only the balance of the world was the Order's concern, this duty expanded to the welfare of the country's inhabitants with the founding of Salarin. When the portal rooms were completed and activated, the Order gained access to other worlds which in turn had a world dragon. At this point, the field of responsibility continued to grow.
Today the task of the Order is described as follows:

The preservation of balance on the worlds entrusted to us, as well as the welfare of those who have placed their lives in the Order's hands.

For this reason, the Order has committed itself to strict neutrality as long as it is not itself under attack. This applies even when Celestria is at war. In this case, the Order only intervenes when properties of the Order or its members become the direct target of attacks.
This neutrality makes members of the Order, especially the Knights and Paladins of the Order, welcome judges in large parts of eastern Eivrune.

Recognizing a member of the order is sometimes not as easy as one would expect. Especially when on duty, they do not wear certain colours or seals but communicate with each other through predetermined phrases and gestures.
Outside the missions of the order, most members wear a signet ring and an amulet, which identifies them as members of a certain rank. On official occasions, they also wear the crest of the order somewhere on their clothing as decoration. Furthermore, they can only be recognised by the quality of their weapons and clothing, which are of the highest quality even for members of the order in the lowest ranks.

The Order has a flat hierarchy that spans the different worlds. At the head of the entire Order of Light and Shadow is the Grand Master of the Order. The position of Grand Master has existed since 3223 TC when Korin Manuchez was appointed as the first Grand Master.
Since that time, the Grand Master has been in charge of the Masters of the Order, who coordinates the Order on their respective worlds and take the necessary actions to maintain the balance between good and evil. The Masters are accountable to the Grand Master and must report on their actions.
The Chronists of the Order provide the Order's librarians and historians. They meticulously record events on the worlds and safeguard the myths and legends of the various species. Besides, they keep the Chronicles of the Order, in which the members and their deeds are preserved. Like the Knights of the Order, they report to their respective Master of the Order.
The Knights of the Order form the fighting force that carries out the various actions of the Order in the field. They include paladins, clerics and fighters as well as rogues or rangers, soldiers as well as craftsmen. The knights report to the master of the order and manage the order's possessions in times of no action. They also train the Novice of the Order and provide training for recruits in Celestria.

The members of the Order of Light and Shadow belong to a powerful organisation that is active far beyond Celestria's borders. The members are paid from the proceeds of their possessions, which means for most of them that they do not have to do any other work on the side. However, craftsmen in particular often have a side business where they can combine work for the order with other jobs.
In principle, the Order accepts members of every race and class, regardless of their origin or faith. However, they are also correspondingly radical when it comes to punishing treason and similar offences. Anyone who betrays the ideals of the Order or its members ends his career - and thus his life - according to the judgment of the gods of justice. The mission of the Order does not allow any compromise in this respect.
So while anyone can apply for admission to the Order without being excluded for their origin or beliefs, the actual selection process is dominated by a series of tests. The nature of the examinations varies according to the profession of the candidate and the branch to which he or she wishes to belong in the future.

The Order of Light and Shadow was founded around the year 2908 TC by a group of shed bearers who were confronted with the Wheel of Fate during the first wars between the newly founded city-states of Eivrune.
This experience - and the fact that not much was known about the Wheel of Fate - brought them and the world itself a good deal closer to their doom. When the war ended, the Scalebearers swore a binding oath to find out all they could about the Wheel of Fate and prevent the end of the world.
It would take 20 years for the Order to find a place that could serve as headquarters and base for their research. It was only after the completion of Raven's Keep that the shed bearers could start collecting all the myths about the Wheel and the World Dragon, which led them to all corners of the world. Until the Dragon Wars in 1203 TH, the castle remained the centre and base of the Order, with the land of Salarin being considered the dominion of the Order.
During this long period, the members of the order dedicated themselves to their mission and also carried out the research, especially in the magical fields. Especially when the portals were built and the worlds were connected for the first time, the order had to keep up with the times.
The first really hard blow was when the World Dragon of Immordia died in the war against the mana-eaters and made the portals unstable. The ritual that followed required members of the order on all worlds, which remained cut off from Andrawyn afterwards.
During the following centuries, the order was repeatedly reduced by natural disasters, wars and plagues, so that at the time of the Dragon Wars, only about 200 members were available on Andrawyn.
When the Dragon Wars began, the Order took its children, especially the young Scalebearers, to safety and for their protection took away any memory of what they had seen. Then the adult Scalesbearers and each member of the Order marched under arms into the devastating final battle, which lasted a full three days. When the dust had settled, no scalebearer nor one of the members of the order was left alive.
Since the Order was considered extinct and Salarin could no longer count as safe territory, Drachenruh and the other cities that had been severely damaged by the war were also abandoned. For four centuries, the land lay fallow, until only the worst of the horrors surrounded it, and the abandoned buildings were inhabited by goblins, goblins and worse.
Only around 1580 TH, in search of adventure, did scalebearers return to Saradin and decide to repopulate the land. Within the walls of the castle, they encountered not only terrible enemies but also the knowledge and records of the order. They decided to revive the order and to carry out its original tasks.
To this day, the Order is rebuilt by light and shadow and continues to carry out its tasks. Only a few months ago, the youngest scalebearers discovered the old portal rooms - and some active portals. 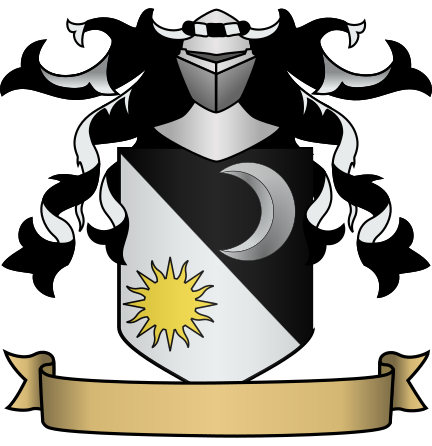 Thank you so much! The rest of the timeline events will take the next week, I guess... It's just an overwhelming task :D

How'd you make the sigil?

I usually use a Coat of Arms generator or Affinity Photo for this. In this particular case, it's been a generator.

There are generators for that? Huh. Neat.

Yes, just google "Coat of Arms Generator" and you'll find plenty of them! 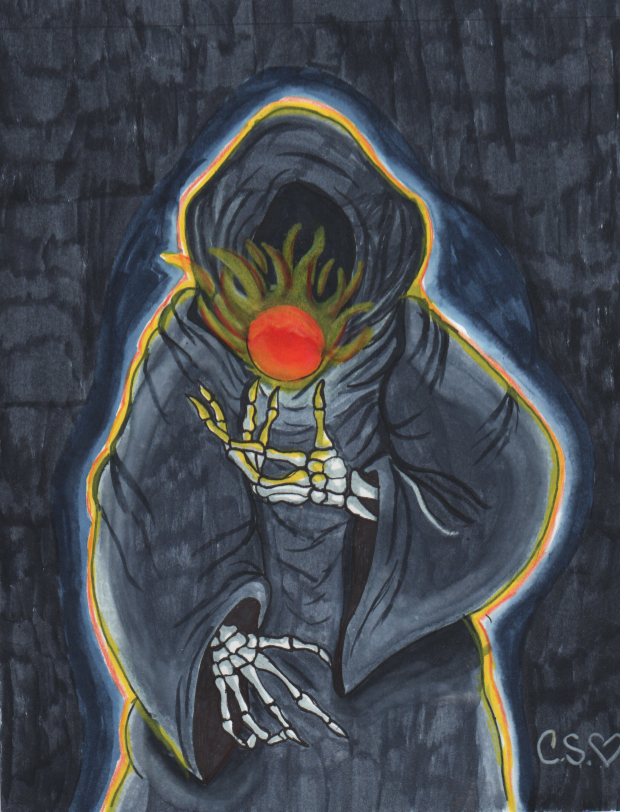 glad i checked this out. A) great article B) awesome art C) helpful and useful tip of googling coat of arms;. lol i don't know why i never thought of that when i google everything else.

I am glad that I was able to help! Have fun generating coats of arms

I very much enjoyed reading this, quite interesting. In a couple ways, it reminds me of my own idea, specifically the portals to other worlds. In mine, there are six; One for light, one for darkness, and one for each of the elements, protected by the temples in each world and powered by one person from each world gifted with powerful magic. (Dark magic powers dark realm portal, for example.) Sorry for going on about my idea on your post, but it just got my mind going when I saw something with similar bits to mine.

There is no need to be sorry about that. Everything here is about communication and sharing. I am glad if my article was able to help you in some ways, maybe clarifying what you could do.

I didn't even know you could browse articles on World Anvil until a few hours ago. Thought the browse button meant browsing through your own articles.. I'm glad I came across this article. It immediately grabbed my attention and kept it until the end, giving me many new ideas along the way, including a much clearer look at one of my main characters, for some reason.

If you have questions, you can always ping me in Discord, along with other people there. We're glad to help.

I tried to join the discord, it keeps saying that your invite link is invalid.

I really should fix that, but I mean the World Anvil Discord :) Mine is pretty empty.

Your articles are so well structured! It's super inspiring to read through them. I'll have to read some more today. It really gets you into a writing mood :D   I also have high respect for all the micro details, such as the dates and even earnings. You really put a lot of effort into your world building and it shows!

Thank you very much! I am glad to hear that, and it inspires me to continue.