Castle Rabenwacht is a fortress in Celestria . The large castle complex lies in the Dragon Tooth Mountains northwest of the city of Drachenruh on a flattened mountain peak. Castle Rabenwacht was built in the 4th century in the Age of Legends and initially served as the seat of government and headquarters of the Order of Light and Shadow.

High above Drachenruh, accessible via the mountain road leading up from the city, lies Castle Rabenwacht. The huge complex rises in black and white over the valley and seems to watch over the city at its foot. It is only when you get closer that you notice the guards watching over the fortified gate. They seem to be almost out of place, so peaceful is it here. The hustle and bustle of the city seems far away. At the gate there are two coats of arms. One is Celestria's coat of arms, next to it the black and white banner of the Order of Light and Shadow. Here nobody makes a secret of the fact that the organisation and the government of the kingdom belong inseparably together.

The castle was built as a fortress of the Order in the 4th century AoL and consists of three clearly defined areas. These areas are partly divided into an aboveground and an underground part. The central part of the castle is the original fortification, which is itself secured by a separate ring of walls. It consists of the main building and several small buildings that house important rooms. The main building has 4 floors above ground and two floors inside the mountain.
The second important area is the temple area, which consists of separate temples dedicated to the gods and where the paladins and clerics of the Order carry out their religious duties. The temple area also has several smaller buildings, but is not protected by another wall ring.
Last but not least is the casern, which was only added to the castle complex about 300 years ago. The recruits who served their basic military service in the castle spend a large part of their time here. In times of war the building is also used to equip the order with all necessary things.
The carriage station at the foot of the mountains also belongs to the castle, albeit spatially separated. Here you can often find traveling merchants who offer their goods from all over the world.

Rabenwacht overlooks a large part of the country between the Dragon Tooth Mountains and Celestria's coastline. The fortress was built primarily as an escape castle in order to be able to coordinate the order quickly and safely if necessary. In addition, the fortress housed the Order's largest archive on Andrawyn and a large part of its most valuable and movable possessions.
The castle is still used today as a coordination point for the activities of the Order, but is also the seat of government of the Queen of Celestria, who holds court in the castle.

When the castle was rebuilt in 527 ToH, various changes were made to the structure itself. These changes mainly affect the interior of the fortress, as well as the layout of the rooms within the temples. For the changes the order trusted the dwarven clan, who had already built the original castle for the order.
The building materials were retained during the reconstruction, so the castle still consists of black granite inside and the rare white granite on the outer wall. As modern technology progressed, an air dock was attached to the tower to which up to four airships could anchor. In addition, the structure of the castle has been changed as little as possible. A large part of the cellar vaults were closed until recently and were not fully researched.

The architecture of the building follows a style typical of celestric fortresses. The complex is completely surrounded by a 15-foot thick wall, the only opening of which is a well guarded and fortified gate. This wall is traditionally made of white granite, marble or light sandstone. On the wall there is a rampart with ballistic missiles to defend the castle. In addition, the wall is interspersed with narrow passages that allow a defender to get from one place to another quickly and safely.
The buildings inside the fortress are between 3 and 5 storeys high and each have at least one basement. The basement floors of the buildings are connected to each other to allow fast movement within the castle walls. 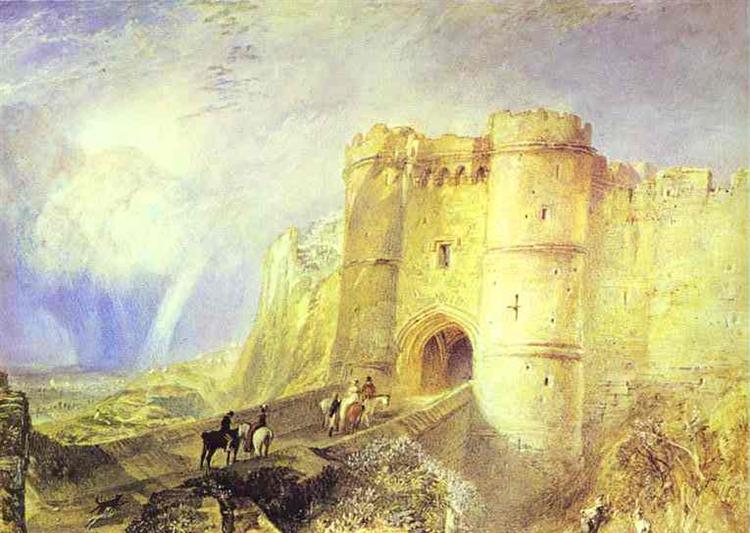