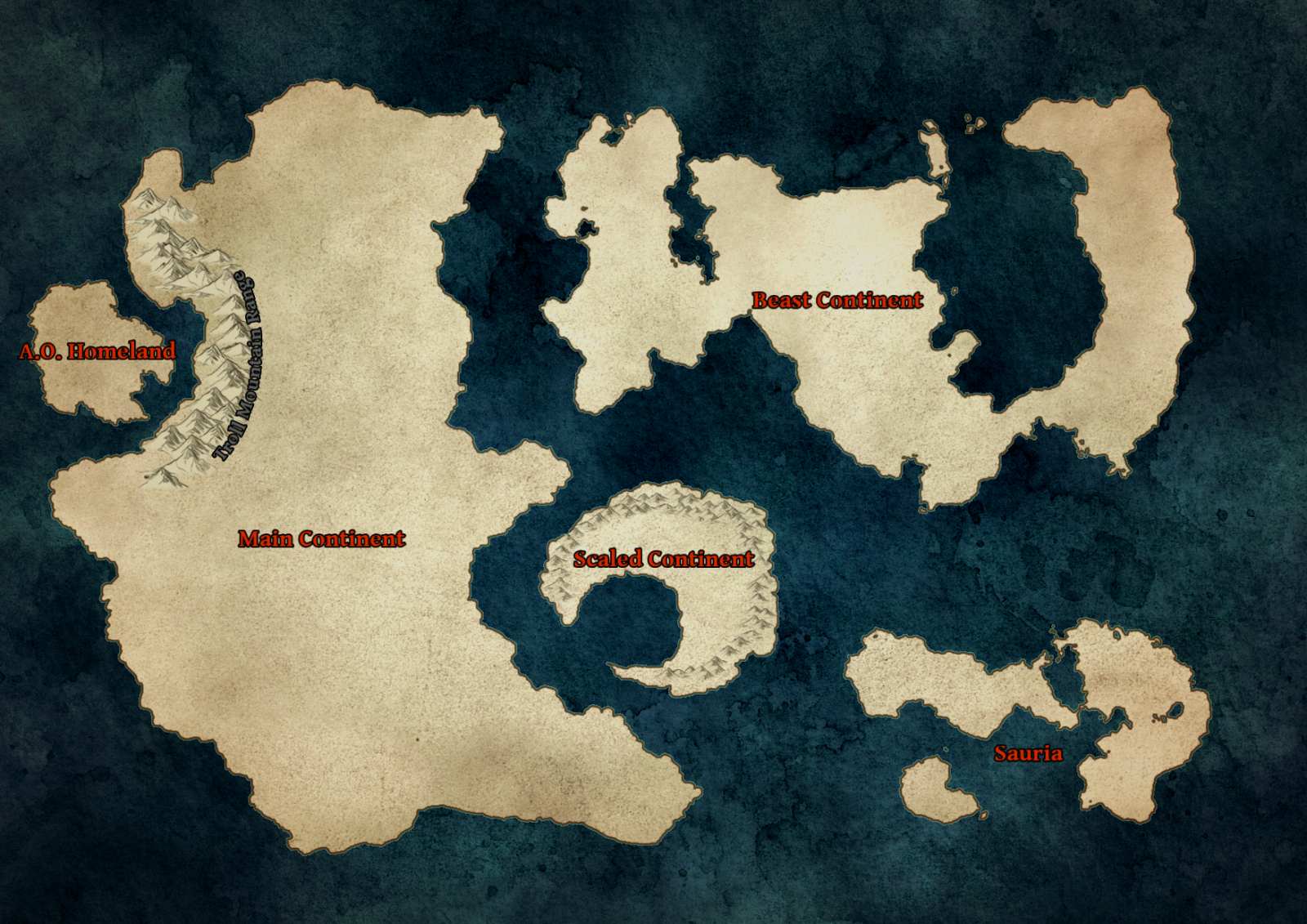 Andraous    Illness and Diseases      'Hyena Stripes'
Very rarely, a Humans will be born  covered in stripes. Many of these individuals end up being shunned by their communities, due to their markings resembling that of a Cackling Hyena.

'Hyena Stripes' is a recessive genetic condition, and those with relatives with the stripes are more likely to have them themselves or to pass the condition down to their children. Sometimes this condition skips several generations, before popping up again.

The condition results in an individual being covered head to toe in stripes that are darker in color from the rest of their skin. The stripes on their back tend to be more v-shaped, while those on their chest and sides are s-shaped.

There is no way to get rid of these markings permanently, however some individuals will use paints and other makeup to cover up their stripes.

This condition has only been recorded with Human folk, and very, very rarely their hybrid children.

Individuals with this condition have been recorded for as long as Humans have been keeping records. At one point several individuals with the condition came together and formed their own community, and now there are a few of these safe havens across the Firadas Prairie.

Many communities shun those with 'Hyena Stripes', and associate them with the Cackling Hyenas. Often rumors are spread of them being corpse or children eaters, and if either go missing the individual with stripes may be blamed.   Women who give birth to a baby that is born with stripes are often accused of sleeping with a Cackling Hyena and may face retribution from her husband and his family.
Origin
Natural
Cycle
Chronic, Congenital
Rarity
Extremely Rare
Affected Species

Answering: "a condition considered monstrous or "unlucky" by some"
Visit NorthWhiteWolf's Competition Page Check all other answers to this prompt Competition Homepage