The Dodenarhar is commonly mistaken as a type of wyvern due to its appearance, this is incorrect the Dodenarhar is observed to be closer in relation to the Fey and Celestial beings than draconic, despite the similar appearance.

The Dodenarhars anatomy is only been observed by the Dodenarhar Rangers , and only using optical assistance allowing the rangers to keep a safe distance. Below are the observations that have confirmed, which in the rangers definition is to be observed on multiple occasions, by different rangers, and in different ranges. This is due to the mysterious and deadly nature of these creatures.

The Dodenarhar have a crest of spines around their heads these seem to have blood-vessels in which they can push and pull blood into them causing the spikes to become luminescent green which can settle to a deep forest green.

The Dodenarhar have a set of wings which operate as their front limbs as well, they can fly and have used their wings mainly in the pursuit of prey. Observations of flight are rare and the Dodenarhar seem to prefer to stay on the ground as much as possible.

Dodenarhar have a slim body figure,

The Dodenarhar are magical creatures created by large scale death. Most commonly this is Plagues and diseases in living populations of sentient creatures, which causes the magical distortion which creates a Dodenarhar. The most potent example of this is the Fall of the City of Vanah.

Very little is known about the Dodenarhar growth, Observations from the respected Sage Lord Vas'ni from the Church of Bane who interviewed survivors of attacks Dodenarhar. Most reports of the newly created creatures agree that they are at least 10ft tall and 20ft long (Head to Tail) and only ever grow with age approximately 2 -5 ft per year till they reach their maximum size.

There is no known death of a Doddenarhar, no dead body of these creatures has ever been observed nor found. Some say they simply fade away after many centuries, however, there has yet to be any observation of this. 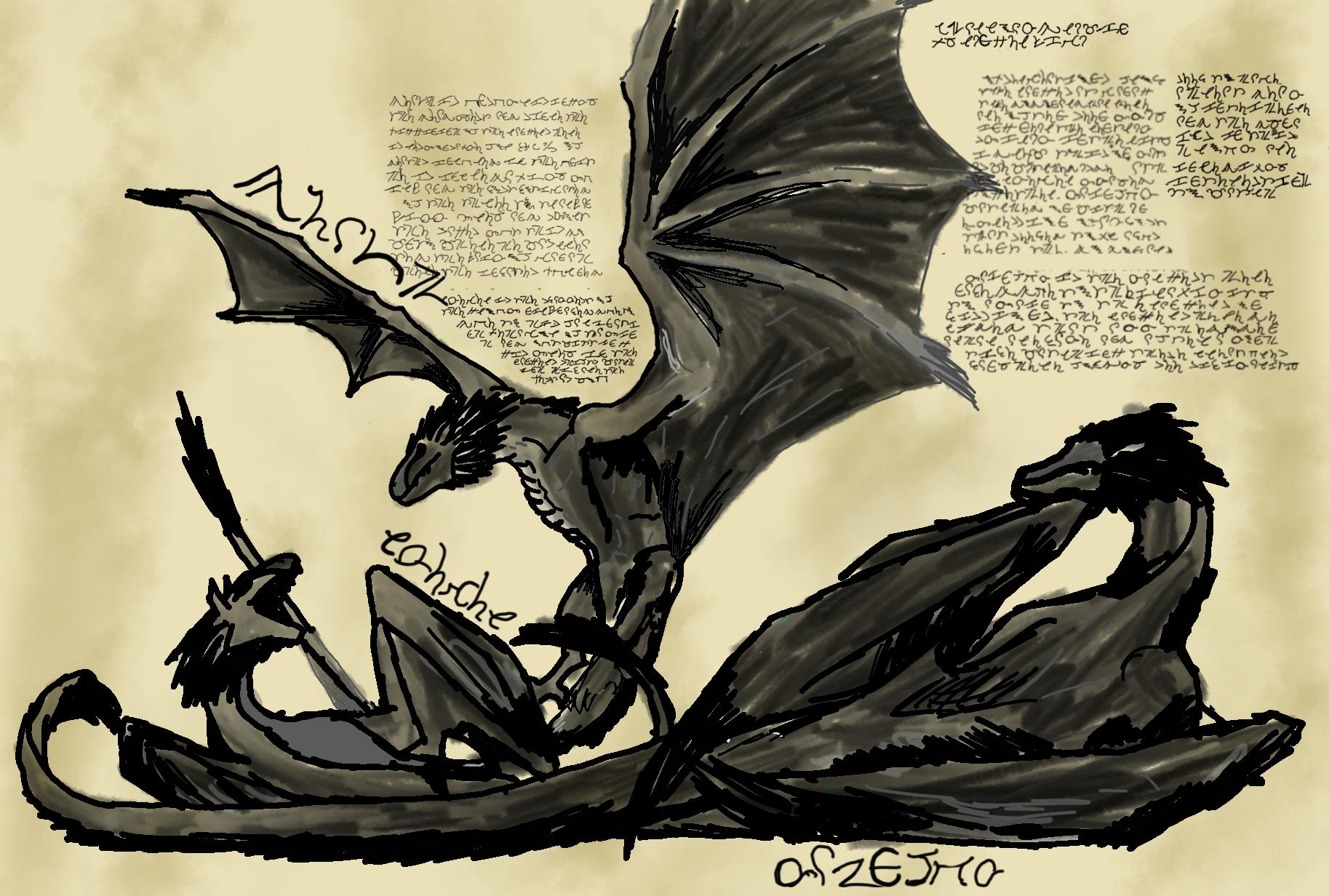 Dodenarhar are vicious hunting creatures that somehow make themselves beautiful despite being the most feared creatures in our word. In all my years of working with them, I have no doubts that if the rangers didn't ensure the barriers were upheld that many more of us wouldn't be here today.

The Creatures are unaffected by smoke and particularly and effort to attempt to mask their eyesight has no effect, which has to lead to a conclusion of blindsight of at minimum 80 ft
Scientific Name
Mortem creavit
Origin/Ancestry
Unknown
Lifespan
Unknown
Conservation Status
In 634 The Establishment of the Dodenarhar Ranges was made. Which protects the general public from the Dodenarhar.
Average Height
12ft -30ft
Average Weight
unknown
Average Length
>20ft

Remove these ads. Join the Worldbuilders Guild
Species
In response to the prompt Describe the most dangerous apex predator in your world.
This article has no secrets.