A veteran of The War of Costrañan Succession who lost his entire crew to a Kraken attack. Has since turned to piracy and a ridiculous accent to pay the bills. The former captain of The Outflow.

A follower of Natura, The Sustainer/The Merchant. 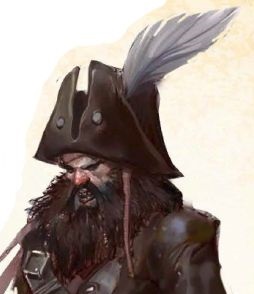