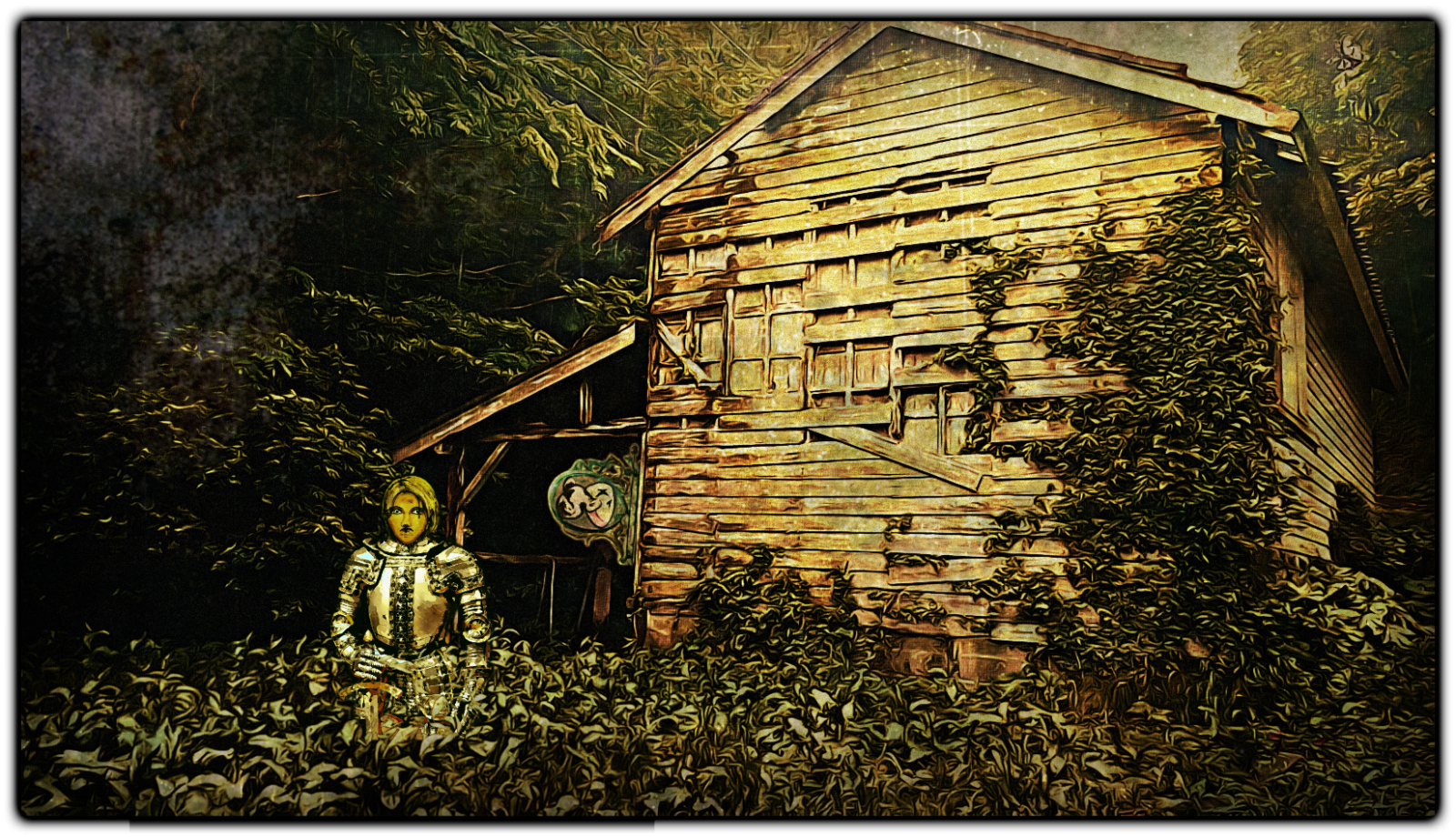 A Home for Lost Souls

Content Warning
Content warning
: the article deals with dark themes about war, refugee crises, racism, along with abuse and sexual (and non-sexual) violence.


When I inherited this place, it was in a terrible state, a real pigsty.

In a way, it reminded me of myself; filthy, broken, abandoned.
— Miika, owner of The Witch's Gilt

The Witch's Gilt is an infamous tavern located between Gallana Amon's Bridge of the Savior and the city of Mavar. Initially occupied by defectors from the royal army as a bandits' den, it has since been made into a lovely guesthouse, mostly accomodating young lamias coming into the human kingdom.

I still remember the dark march through the shores, leaving home for the unknown, the poet's jeering voice echoing in my bones.

My mother didn't have her gosfet and so perished quickly, becoming black dust and merging with the sand. Now alone, I joined the other orphans as we made our way for the land of the humans.
— Miika, owner of The Witch's Gilt

During the Great Exile of the Witches, the lamias had no choice but to walk the long walled-off stretch of shore connecting their home and human kingdom. Though, when it eventually became the Ghastly Coast, this feat was considered a death sentence. Many of those who attempted it never arrived at the fertile land they were promised. Those who did had no better alternative than serving human masters in exchange for food and shelter. 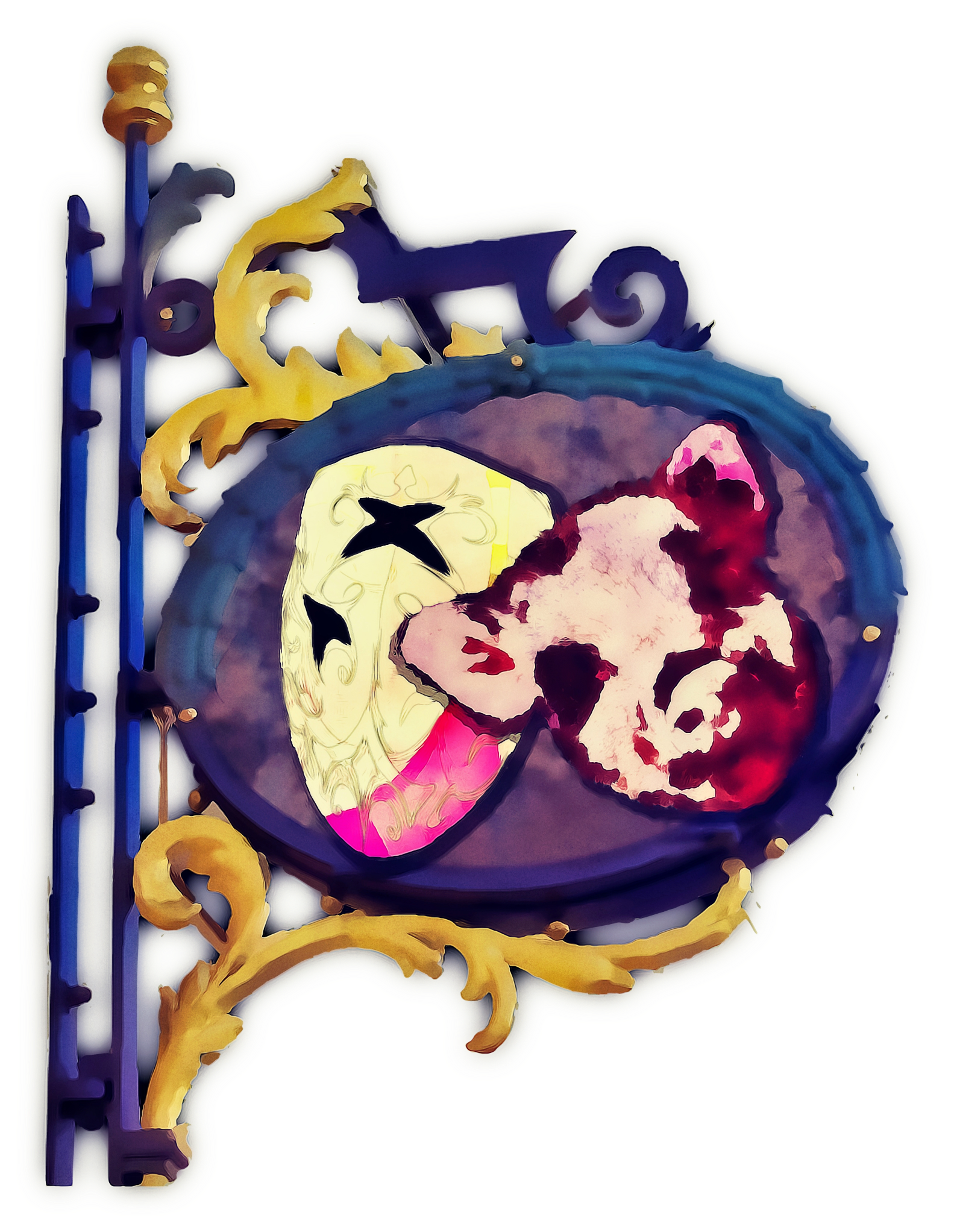 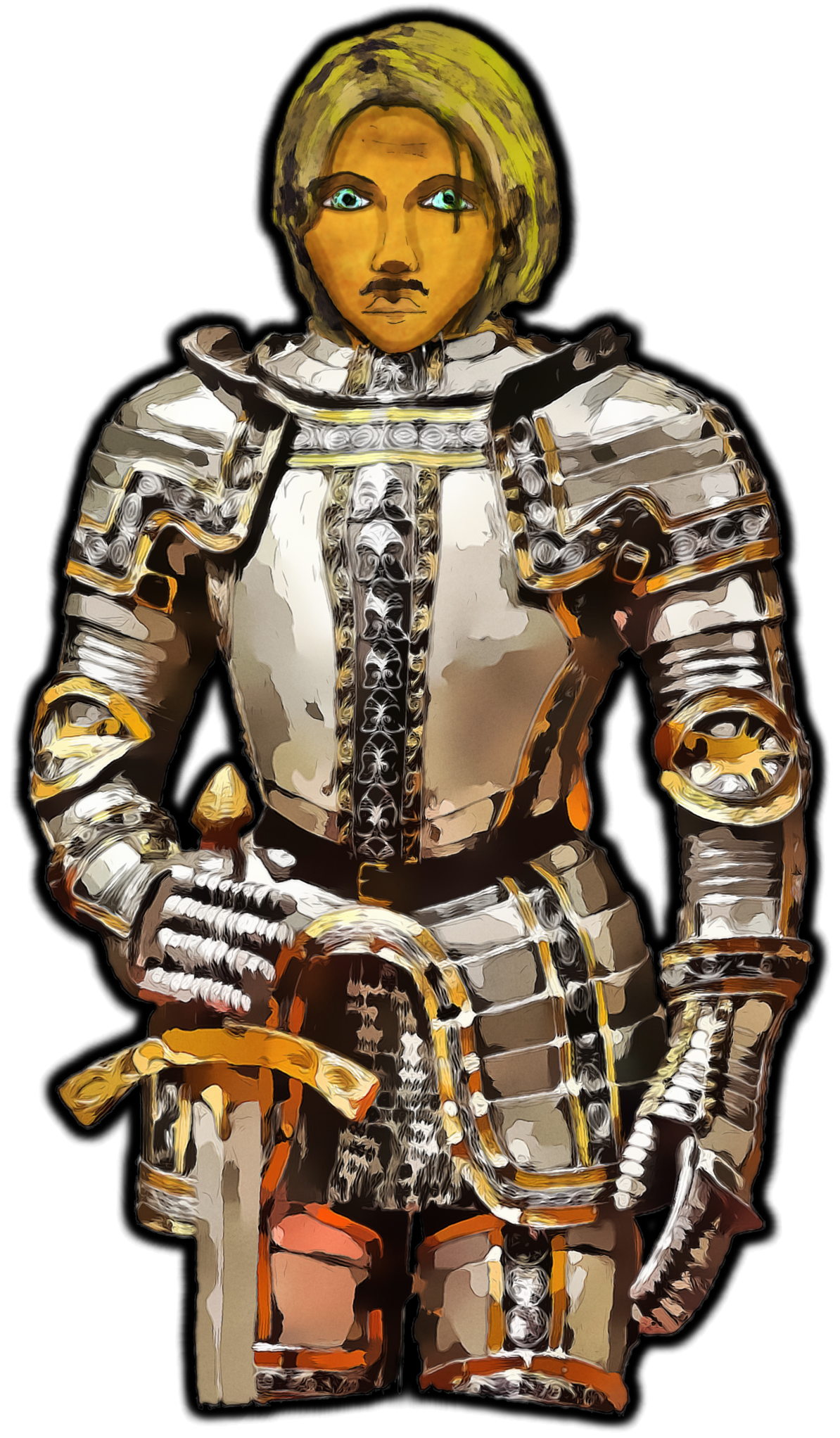 I was fifteen when Micha found me. He looked so sturdy and infallible in his knight's armor. He gave me my name. Promised he'd take care of me.

A smile lit my face for the first time .

I decided I wouldn't be a victim anymore. I was no longer a child, and there were others like I had once been, looking for someone who could save them.
— Miika, founder of the Witch's Gilt

Among those youth, a lamia named Miika Pink resolved to help her brethren. With the aid of the king's royal army in clearing an old hideout of defectors from the First Civil War, Miika founded her guesthouse.   As soon as the Bridge of the Savior was built - giving the lamia a much safer route into the human kingdom - the Witch's Gilt opened its doors. The establishment prided itself on being "more than just a tavern", also a beacon of morality and kindness towards the refugees.


Origin of the Name

The Gilt by rikia
Renovating the worn-out house was hard work, but I had Micha and his fellow soldiers help me with the task. He had been nothing but kind to me, treating me like no other human before. I felt... worthy of his company. I felt at home.   Then, one day, he held me in his embrace and pressed his lips to mine. It was magical, but our first kiss was short-lived as noises under the bar's cabinet startled us. I bent down to see a small pig underneath, scared and lost. Micha said it must be the gilt of the pig he had butchered for lunch. I looked at her as she looked at me, and right then and there, the name popped into my head.   The Witch's Gilt was a place where hope was found.
— Miika, founder of the Witch's Gilt 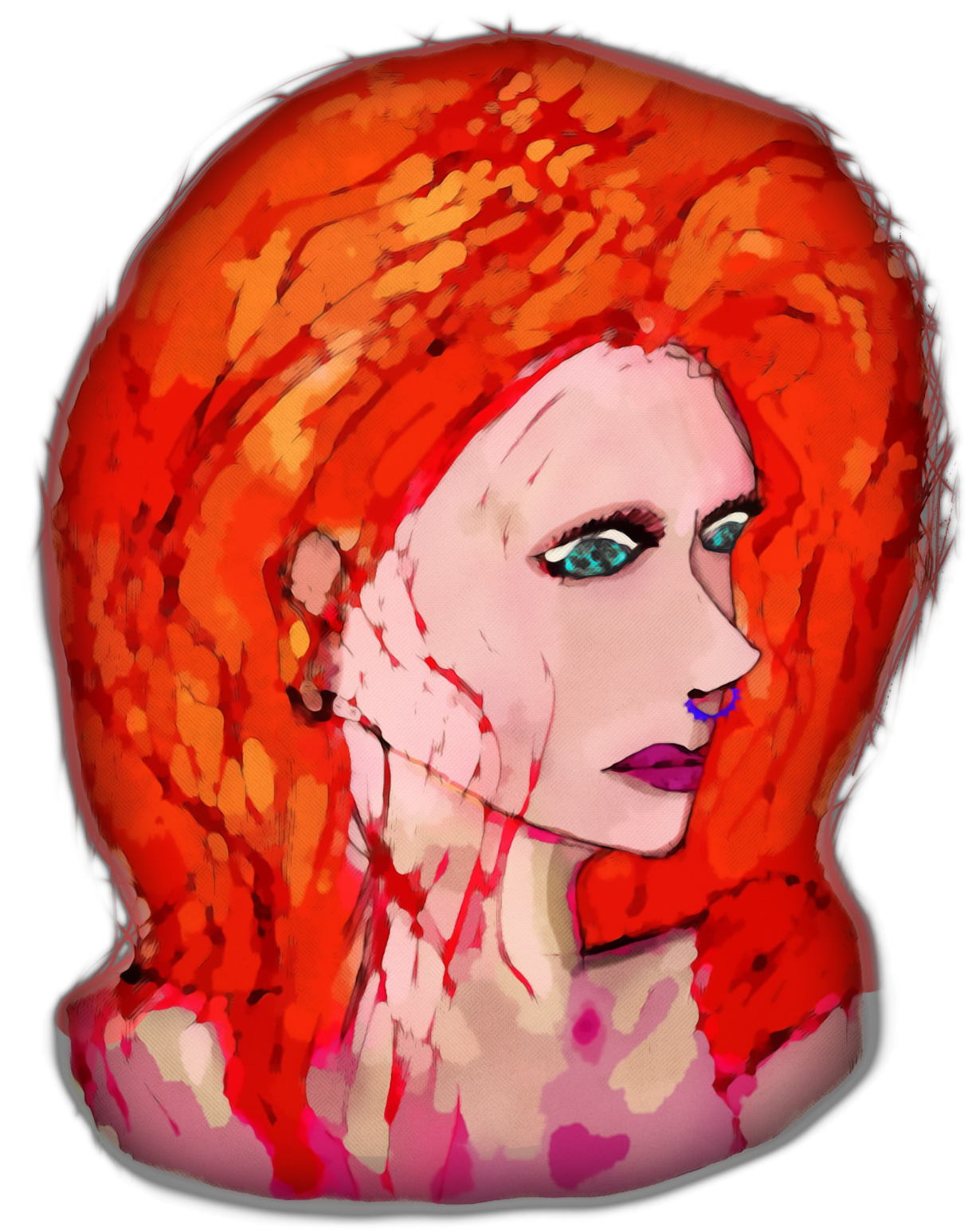 When our daughter was three, she was already running with our pet gilt around a tavern full of life, music, and spirits. I was working with lamia guests while Micha handled the business side. Refugees would come almost every day, and through Micha's connections, we set them up with our human patrons who needed workers for their fields or vendors for their shops.   People did tend to get rowdy sometimes, but Micha was usually there to rein them in. When he wasn't, it was only because he was held up with his meetings in the basement. It was important that no one interrupted him there, but when our gilt scampered down the stairs, I had to go after her.
— Miika, owner of the Witch's Gilt

The tavern flourished during its early years, gaining popularity exponentially. Though its infrastructure didn't allow for many guests or a full-size kitchen, it kept attracting patrons from north and south. Soon enough, it became a hub for lamias and humans alike.

I shouldn't have gone into the basement. He made that part clear when he grabbed my arm and thrust me away. He didn't want me to see it, but I did. His comrades were all standing in a circle around a young lamia girl. She was naked and shivering.   Before I could ask Micha anything, he pressed my head against the wall and told me I was now a part of this, whether I liked it or not. One of his friends showed me how he skewered the gilt as if it were nothing more than a pest. I let out a squeal, but Micha covered my mouth.
— Miika, owner of the Witch's Gilt

While the king would send his soldiers to the tavern for the occasional inspection, all responsibilities lay solely with Miika Pink. The laborious, resourceful lamia took care of every aspect of the tavern, while employing a revolving staff of refugees, before sending them off to the big cities.

All this time, I've been helping them. I see it now. His friends weren't even royal soldiers; they were the same defectors he had claimed to have killed when he took over the building. He was the leader of their ring. How could I have been so blind?   He was using me to lure my sisters into this trap, giving them as toys to be used by those revolting human patrons. But now that I knew that, nothing changed. My silence was bought in exchange for my daughter's safety. I was disgusted with myself, but that's the price for having hope.
— Miika, owner of the Witch's Gilt


End of the Witch's Gilt

I could never wield magic like my mother did, and I was never given a gosfet, but I could, at the very least, grab a knife. How many has it been? How many were enslaved because of me? My soul is surely lost by now. If Lomot is watching me, she knows I'm damned. But I will give her a show still. This has gone on long enough.   I heard the soldiers last night, talking about seeing the Jester that Hides. They laughed it off, but it must be a sign that my time to act has come. I locked my daughter in my room and told her to keep quiet until I came for her.   While they're drunk and celebrating another score, they will find that our wrath is fiercer than our guilt.
— Miika, owner of the Witch's Gilt

Public domain assets used in the making of this article's art: sign, gilt, armor   Everything else is made and/or owned by me.

This is a great article with a such a strong narrative through it! I'm really impressed, and really thrilled to see so much art! However, I would have appreciated a content warning. I think with the context of the war and this stuff happening frequently outside of the Witch's Gilt, it wouldn't spoil anything to add one.

You're right! I just added the content warning. I apologize for that.   I'm glad you liked it! This article is more focused than my last ones, so I'm glad to hear it works for you. Thank you for reading!

Butchering them like pigs seems no more than fair... Nice article layout, neat narrative, and creepy secret, thanks for adding the content warning. 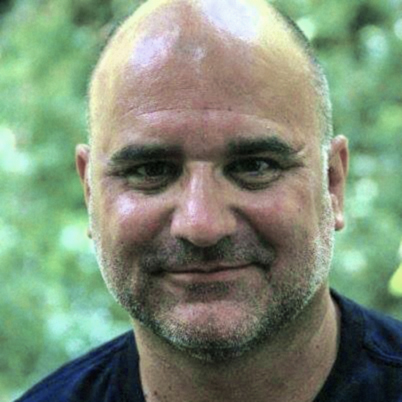 Wow, even though I expected something along those lines, it's well done. I like how there isn't the need for pure worldbuilding, as the quotes convey well enough the story of the Inn. Also, the art and layout were very good! And bleak, just as the story. A great read!

Thank you so much for reading it! Glad you liked it!

Great story! I saw that Mich was sus from the start... I'm happy she decided to make them all pay at the end!   Minor comment, but Miika and Micha's names are pretty similar and that got me confused about who was who.

Thanks for reading! I'm glad you liked it :)   Actually, Their names are similar on purpose. Miika is a lamia orphan, so she didn't have a name before meeting him, and he was the one who gave her her name. It's a sort of a hint to his true self-centered nature that he named her something so close to himself.

I really love the quotes and the backround image and overall this is a fantastic article!, Hope you will check out my tavern challenge article, but yeah i love the feeling of this tavern along with the map and the images!. Great job

Thanks for the comment!   I would love to know what you mean when you say you love the feeling of the tavern.

Its hard to explain!, But like it feels like a dark tavern or maybe it has a dark history and the feeling atleast for me because i do write dark fantasy i just connect with it!, Although for my tavern it went the opposite of that!

Oh cool thanks! Yeah I'll check it out

This is a really cool tavern! I like where the concept of the name came from and it's interesting to think of a tavern ran by Lamias! Thank you for checking out my tavern as well.