Hand of Contempt is number six of the Limbs of Influence of the god Mavet. It is characterized by its disdain to superficial kindess and has been said to go on rampages when it is triggered by a selfless act. As all the other Limbs, it is capable of mimicing human looks and behaviour. When it reverts back to its monstrous form, it crawls on elongated torso and uses its six fists to pulverize its enemies.

It was first reported seen crawling in the Underground City of Tadama around the year 30 MA. It was there that Saint Ironia confronted it in the book Zombie. It was eventually slain by a mysterious figure holding Essa's Blade. 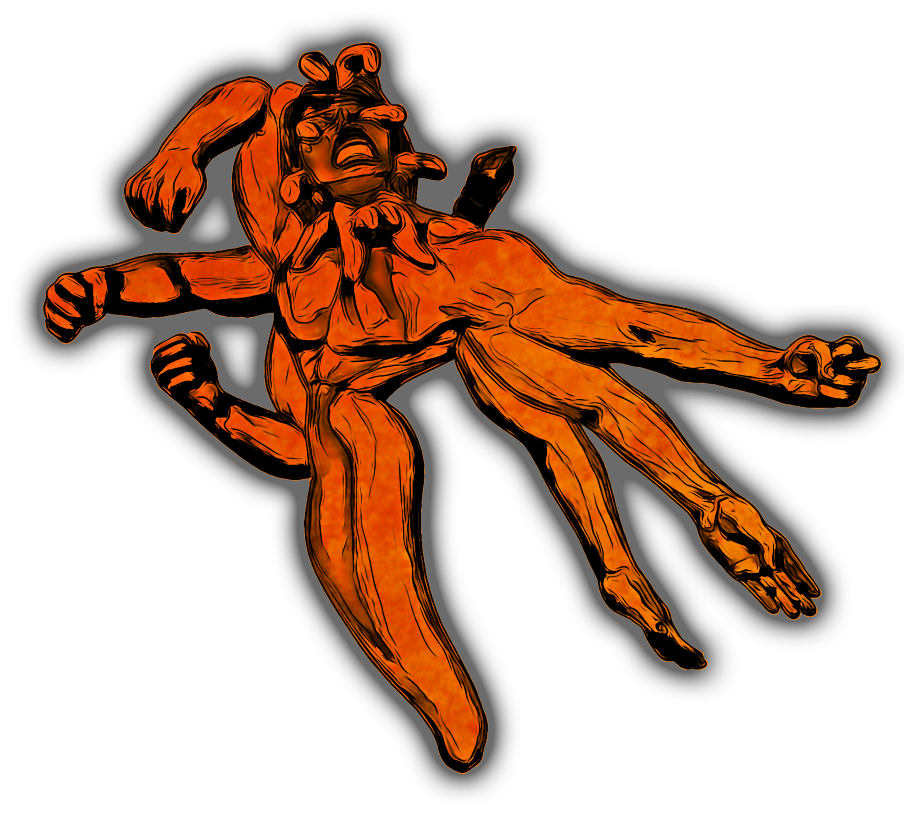