Irath saw how empty and lonely the universe was, and therefore took a smaller amount of Light from each distant places and created a huge glowing orb called the Glux. She had created a separate place where only she had the power, called the Irath'las, the Realm of Light. And she made the Glux as a gateway, the Porthint’glux, to Irath'las

- a passage from the Book of Irath

Glux can be referred to three things: The sun itself, the gateway to Irath'las, and the process of going to the Irath'las. The Glux is a bight shining orb that gives light to Agia, which would otherwise be cloaked in darkness. Scholars believes it is an orb made by fire, though no mere mortal can know for certain, since staring directly at the Glux both normally and through a telescope results blindness. Irathian priests tries to explain the blindness is a punishment for staring and trying to understanding a celestial body that is not meant to be stared at nor understood in any other way than the Goddess tell us to. According to the book of Irath, the Glux was the very first thing @Irath created once she was made by the Light of the Universe, and even a thousand years after the Goddesses' death, Irathians still believe that the Porthint'glux is open for those who have died.

The Porthint'glux is often portrayed as a round gateway surrounded by fire that leads into the light of Irath'las. Scholars who voices their doubts of it being a gateway, are met with booming arguments from priests, such as "it only appears as an orb for the mortals eyes. Only the dead, the Goddesses and a few chosen, are able to see the gateway and enter." It is difficulty to study the Glux because of the church strangles every proof that the Book of Irath might not be true all the time.

According to the Book of Irath, she placed a being called Gwaenslaucis, the First Light of the Guardian, to watch over the Porthint'glux while she was on her search for love in Agia, that ultimately lead to her death. 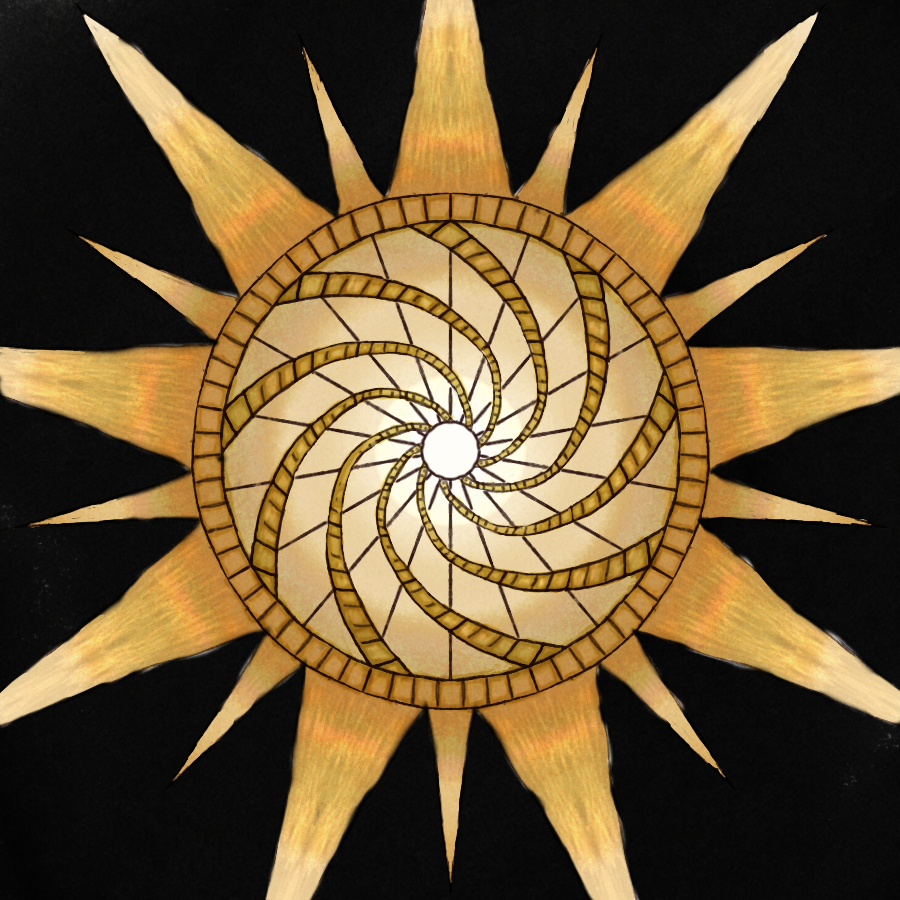 I like this quite a lot! I'm a bit curious as to how your people distinguish between the three types of glux- are they spelled or pronounced differently in their language? Also being that the Glux is made of light, and the Goddess was made by the light of the universe, do Irathian priests see any correlation between these two entities? (also how do people know the glux is an orb instead of a disk?)

Thank you for your comment :D Those are really good questions, I know they call the gateway for Porthint'Glux, but I haven't figured what they call the process yet. Yes and no, the priest think often Irath was made by the Light, which is one of the only times in the Book of Irath that describes the Light of the Universe as an entity, mostly they think the Light of the Universe and Irath for being the same person. Ohh I should write this in the article as well. The people believes it to be an orb simply because of how the Book describes the making of Agia, which is also an orb. The round orb is a symbol of divinity, and the Book also describes that Agia travels around the Glux.

I like the religious ideas tied to the Glux, like blindness being a punishment for examining the creation of the Goddess too closely or that the dead travel to the portal by its light. The artwork is beautiful, too!   By the way, there seems to be an unparsed link for Irath in the first paragraph.