The Battle of Corman Hill

“The fire-cannons and muskets fired smoke and ash high into the air, the silent snow growing warm and hostile, tainted with the blood of the enemy as it grew hot enough to melt through completely; it seemed as if the battle itself was bringing an end to this seemingly eternal winter, revealing the hundreds of corpses buried in the snow.” ~Journal of Sir-Captain Orville Howard, 9 Nov. 6m.994

On the morning of 7th November 6m.994, the Second Semetrian Broker’s Brigade, along with auxiliary troops from the 7th Eastern Regiment, were spotted marching towards the strategically placed fortress-town of Corman’s Hill, situated across the Corée River from the advancing Semetrian frontline. The town’s garrisoned troops were notified immediately, and began preparations for a defensive siege expected to begin in the proceeding 24 hours. The townsfolk were ordered to retreat into the fortress or evacuate entirely, before Lieutenant-Colonel Xaxi Kudan ordered the troops to seize whatever fuel the townspeople had left in their homes. Unfortunately, Corman Hill’s garrison had missed a supply convoy in the previous week, leaving them with too few resources during the creeping frost of the early winter.

However, what they did not expect was the harsh blizzard that suddenly blew down from the north. This would prove to have a major influence over the battle- and, subsequently, the rest of the war, as a strangely high number of cold spells rocked Eastern Moret for the duration of the war. 14 hours after being notified of the Semetrian troops, the battle officially began.

The Semetrian force was made of about 2,046 men from the 2nd Broker’s Brigade, along with an additional 600 provided by 7th Eastern Regiment. Meanwhile, the Luxiland garrison paled in comparison, as they were hardly 1,000 men strong. However, Col. Xuxi still believed they had the upper hand; with his knowledge of engineering, he successfully orchestrated the construction of scrap-heap firecannons, made of the melted still of he and his captains’ own sets of armor.

The primary battlefield was the slope outside the Corman fortress walls, declining down into a slight depression where the frozen river sat. As the battle went on, however, the inordinate amount of snow made the hill less steep, giving the Semetrians (or those with snowshoes) a slight advantage. There were very few trees for cover, and the few that were were nothing more than bare trunks. In essence, every part of the terrain was hostile to the Semetrian troops- their defeat was decided long before shots were fired.

The conditions of the battle were considered some of the harshest ever recorded during the War of The Frost, with twice as many deaths by hypothermia than by gunfire, caused by the intense blizzard which had been neglected in the hopes of it shifting further west. Visibility was only a couple feet, with the dark of the night and the heavy snowfall creating an almost impossible barrier to see past. The snow piled on quickly, and equipment left out both in and outside the fortress was quickly lost to the rising frost- including several men. The Semetrian colonel, Henry Thompson, insisted on rushing the town, knowing it would be death to try and retreat in such a cold and harsh storm; their only sliver of hope was the granary and bakeries left in the town.

Despite the garrison’s lack of supplies, they still managed to set up a small medical operation in the forge, using the massive furnaces to keep the wounded warm. The troops on the ramparts had to constantly swap with each other, going from the harsh winter storm to the warmer halls of the fortress.

"Never had I had such an unfortunate hand as this- despair! For how can even the greatest of men triumph in such a frosty hell!" ~Captain Orville Howard

The battle involved a constant rush from the Semetrian troops, attempting to dash for the gates before being fired upon by the fire-cannons and muskets of the Luxilites on the ramparts. While this was occurring, however, Colonel Thompson sent several dozen men around the edge of the hill, using the incline for cover as they attempted to enter through the back. However, a suddenly slide of snow revealed their location to a Luxiland gunman on the fortress tower, foiling their plan of surprise.

Throughout the night, however, morale depleted quickly on the Semetrian side; far from supplies and trapped by the snow, many soldiers felt a previously unknown hopelessness. Several snow-covered parchments were recovered after the battle, all of which final messages from Semetrian troops who had submitted to the winter. The Luxilites also lost some morale, but most of their worries stemmed from the fear of running out of fuel and equipment- if they ran out of bullets, the Semetrians would surely win. In fact, the Luxilands actually did run out of ammunition by the end, however they masked the fact by continuing to operate the fire-cannons and bows. The Semetrians lost several crates of supplies beneath the snowfall, which were discovered during the Summer Thaw the following year.

At around 3:35 AM the same night, Colonel Thompson went missing amidst the battle, thought to have deserted due to the crushing defeat. What actually happened was that he died of hypothermia while scouting on his own, his body buried among others in a snowy grave. With the disappearance of their colonel and dozens of troops beginning to beg to be let inside, the Semetrian captains agreed to surrender by 4:00AM. All Semetrian equipment was seized, and as per the Rules of Proper War [ca. 6m.946], the Luxilites brought surviving enemy troops inside to provide them a place to rest and recover from the frosty conditions outside. 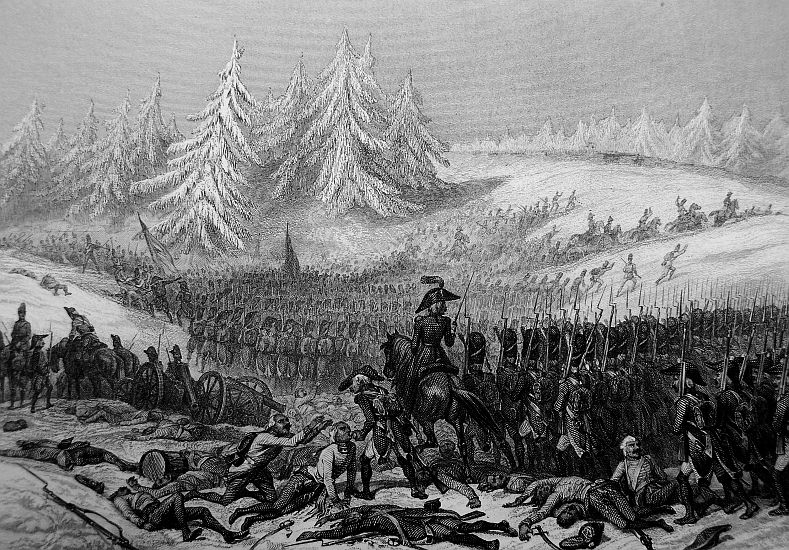 Conflict Result
Luxiland emerged with a pyrrhic victory, defending their foothold in the Corée Valley.

"By battle's end, it seemed as though entire squads had simply vanished without a trace; deserters, maybe. However, what was far more harrowing to hear was when I was notified we were marching directly over their still-living bodies." ~Semetrian Captain Luke William Orxan