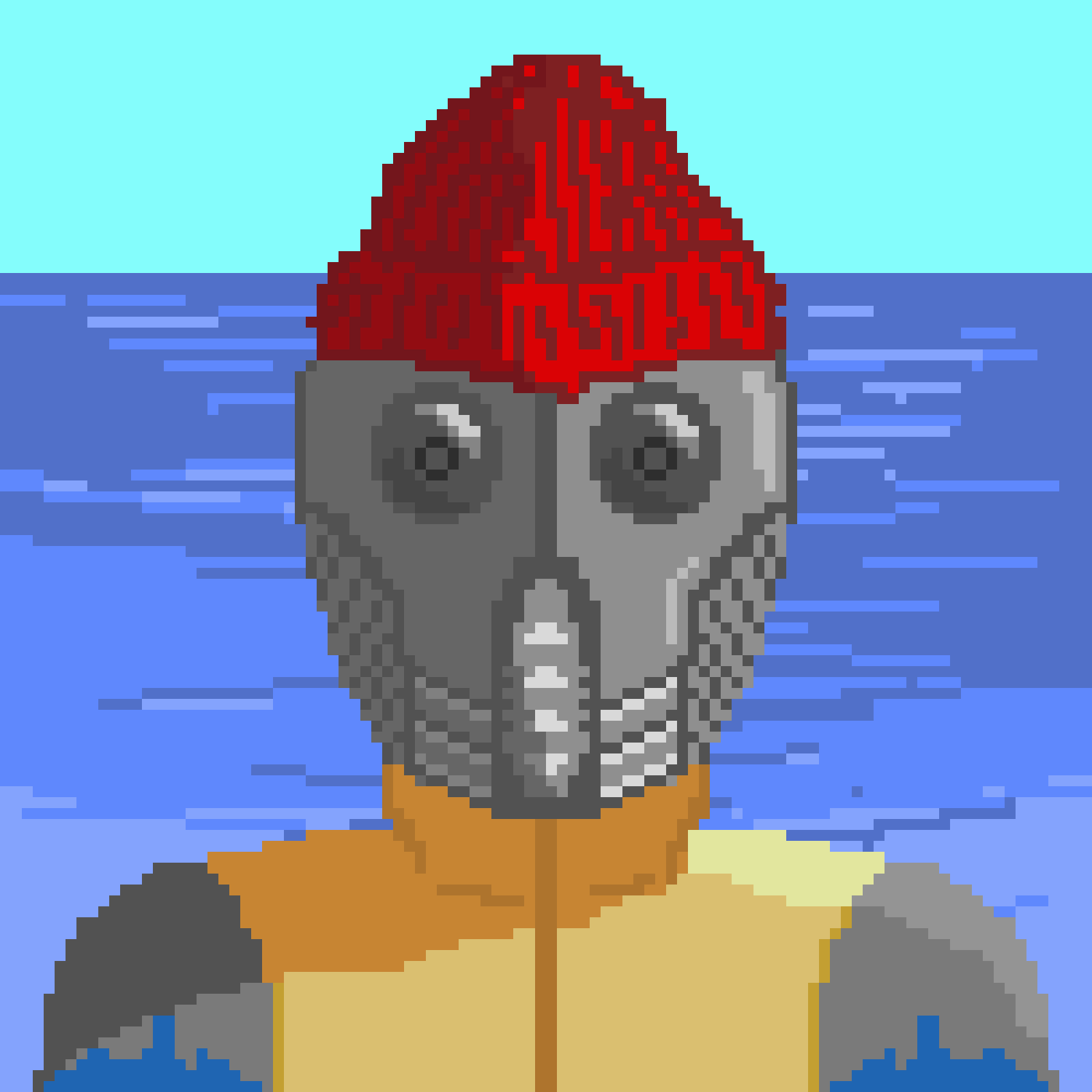 [...]As I crossed one of the bridges leading to the Gethen district, I almost crashed into someone. A tall fella, built like a bear. His face was covered with a metal mask and he wore thick rubber gloves that reached up to his shoulders. A kelp gatherer. He and his friends were going down to docks to start their shift. What do they exactly do? Well, ...
— Chronicler of Golvageth, entry 632

Gathering Azure Kelp is a very dangerous job. Not only one risks the possibility of Oversaturation (condition) just by being near to the surface of the Blue seawater, but pulling out the kelp from the sea bottom brings the risk of pulling anything feeding on it or using it as its nest. In combination with the high demand for Blue and Black Pigments one can extract from said kelp, it's no wonder that the job of the kelp gatherer is the highest paying job in the southern part of the continent.

Don't mess with the kelpers

While not part of their gear, many of the kelpers dress similarly to the point there are stereotypes about them. If you ever see a man wearing a beanie and chest waders or a heavy raincoat with wellingtons, you almost certainly met a kelper.
It is common sense to not mess with them. They are overworked, stressed, and know how to kill beings much bigger than them. Still, it's always an entertaining day when some traveler from the north doesn't know about this "common sense". That's when the betting for how long he will survive the fight starts.
Type
Agricultural / Fishing / Forestry
Alternative name:
Kelpers

Glad you like it. :D
And yeah, I had a problem with autocorrect changing "br" into "be".

That was such a fun idea around an interesting material/species! I really like how you managed to give a pretty full picture in a short article.   PS: In your sidebar oversaturated & oversaturation are bolded, as if they are drafts, yet you seem to already have an article for oversaturarion. May be worth checking it out.

Glad you like it!   And yeah, I know about the bold words, I tend to do that when there's an important word or a word that already has been linked higher in the text. Didn't know the drafts do that too.

Ah ok, my bad. Sorry! Yeah, drafts or planned articles created with the title tend to do that.

You see, I just created accidentally a draft (in your world, my world, who knows?) by not realizing that /title/ creates a thingie xD

Ignore my bad attempts at showing you how to do it without using noparse, please...

Your art is so awesome! Love how bright and colorful everything is.

Thank you! Though I always liked some bleaker worlds from time to time, I always appreciated more saturated stuff, so I wanted to create a world like that.