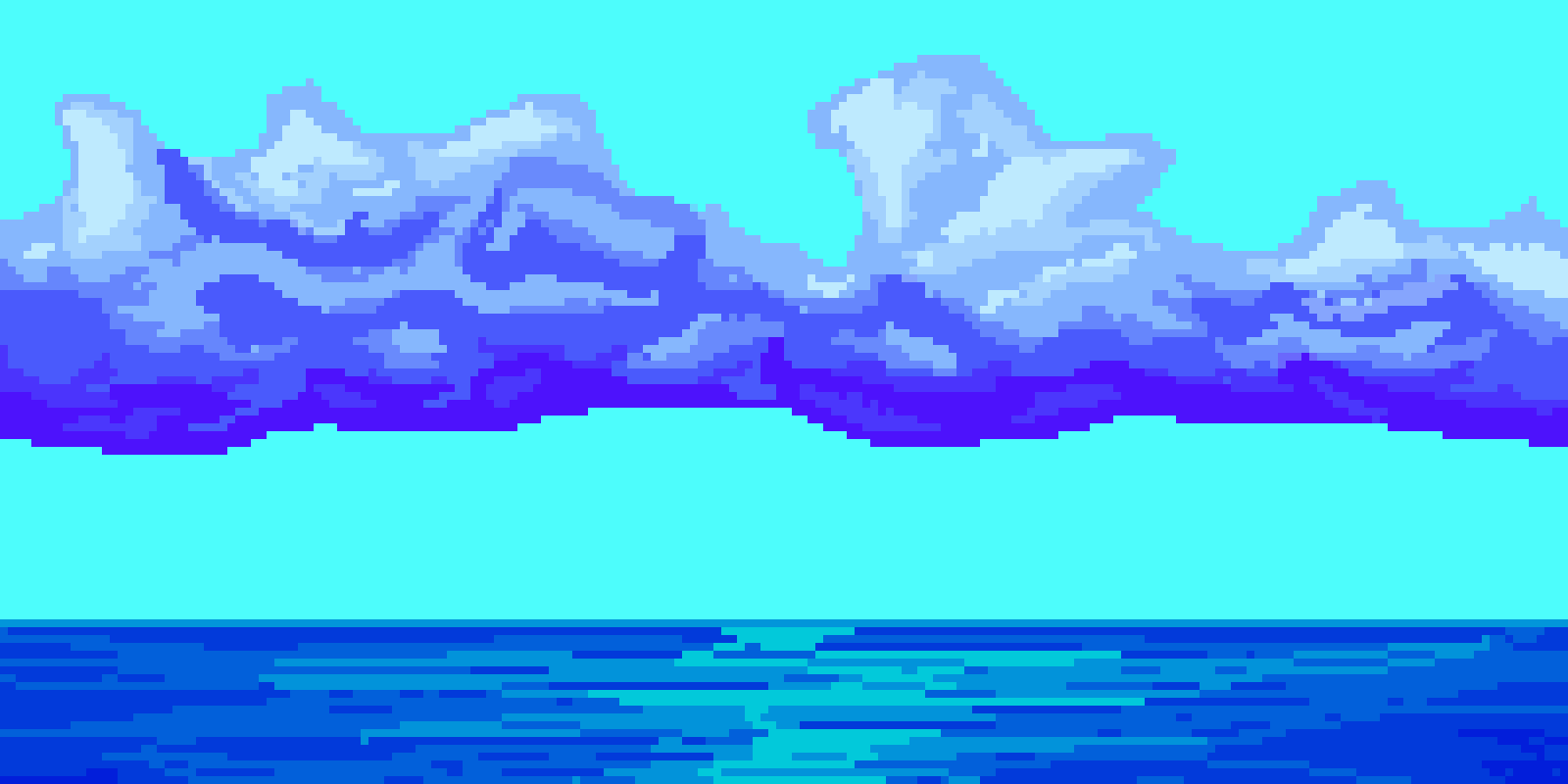 Whatever the Deep-Sea Witch was saying, she stopped and her head turned towards the shore, towards Golvageth. Despite quite the distance, it looked like she was looking at all the Shore folk gathering in various places. She spoke again, words of Black Speech escaping her mouth. The sea around her started to bubble. Fumes formed, creating one of the biggest Blue Clouds I have seen in my life. It was bigger than the city itself. And it started to float our way.   What in the all hells were the Witches doing?
— Chronicler of Golvageth, entry 632

Steam evaporating from a pool of Blue water. Clouds that pass through the terrain that suffered from an Oversaturation (geographic anomaly). A spell that paints the clouds. These all are various ways the blue clouds can form.
Compared to normal clouds, the ones affected with Colors tend to float pretty close to the ground, as if the Colors weighted them down. The silent way they move, often unnoticed, turns them into quite dangerous zones.   Just like a lot of things affected by the Colors, the Blue clouds look as if they were gelatinous masses. They swirl, warp, and stretch, and then return to their normal shape only to repeat their changes. Despite their look, just like normal clouds, they are simply a concentration of droplets or crystals suspended in the air.

Thanks to the influence of the negative aspect of the Blue, the illusion, the blue clouds have hallucinogenic properties that start to affect one as soon as they enter the cloud. Depending on the concentration of the Color, the clouds can either confuse one of the senses and mix up the directions or create something one might mistake for reality, fooling even the memories and causing Blue Eyes.
Type
Natural
Other names:
Blue fog

Very often, where there are Blue clouds, there are Blue-resistant (or born of it) creatures within them. Who could blame them? Any creature that enters the cloud, even by accident, has their senses confused, making them easy prey for anything smart enough to take advantage of this opportunity.

It is possible to artificially create Blue clouds with a spell. With enough experience, one could even control the type of visions one would see when they come in contact with the cloud. Strong enough casters could shape the daily life and memories of hundreds of people without them even noticing. Luckily, using such spells over a long time would require enormous amounts of Blue, and no one would risk causing oversaturation to the whole regions to control some people.

Have I told you how cool this whole color-centric world is, lately? Because it's really damn cool. :)

I am really fascinated by this world. This is another great article, its really interesting and I'm dying to know more. Who is that witch? What are the Witches doing? What exactly is up with Witches, actually?? So many questions, can't wait to read more!!