Construction on Mallory Church began early in the year 4459 - which happened to be around the time when the Church's greatness began to slowly fade. The construction finished in 4463 and was used as a church for the next 178 years. The first owners of the Church were the Mallory family which the church is named after, and they continued to care for it passing it down through generations. The last to own the church and care for it was Lillei Mallory, but she never got married or gave birth to any children. After her death In 4641, no one was left to take care of the old church, and the beautiful old structure got left for nature to do with as it pleased, and slowly began crumbling.   Anyone knew it would be a great task to save the church, and people of this faith in the village was thinning out, so there wasn't really anyone that cared enough to use the time and money to save it.
Only 80 years later, in 4721, when a young fella called Neilma bought the plot and began restoring the church to its old glory; see Neilma saw potential in the church big cylindrical tower as he was an aspiring astronomer and wanted a place to build a little observatory, and up under the roof of the church had great potential.   He began construction on the observatory and finished it, by himself, only 5 years later. He still owns the church to this day and lets the doors be open for all curious wanderers. The interior of the main hall in the church is something he has tried to preserve so it can be seen in all its magnificence. 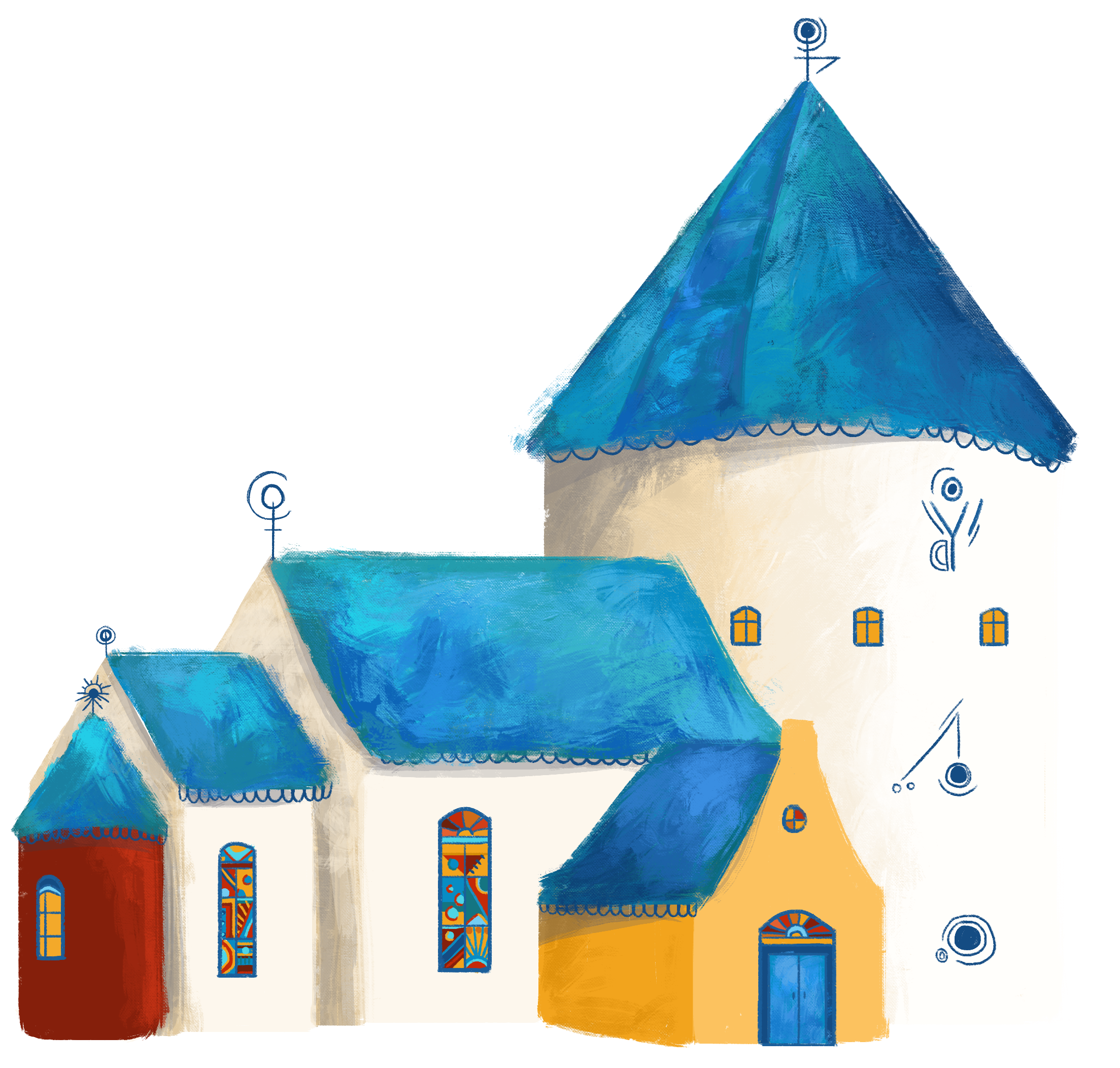 Alesy, an old religion mainly found in Lakai and used to be the biggest religion around these areas. Nowadays their presences have faded a lot, and the trend continues each year that goes by.   The main cause for this region to disappear is because of the changing times. The young generation tends to look more in the direction of facts and scientific explanations, now that technology is getting better and better. They'd rather look for the science behind magic than believe in some all-seeing gods that presumably blessed them with magic.   In last couple of years, new initiatives and movements have been rising up from all corners of Aewyn, such as Kaines, as they try to break free from some of the old ways and find a new path.

Year 4463 by the Mallory Family

The church has been repaired and almost nothing has been changed on the exterior - Neilma has been using the church tower for observing the night skies with the observatory he build under the roof. He mostly uses it for his studies of asteroids and the nearby Blue Lily Nebula.   The big church hall stands as it always has, and is open for everyone to come and see.   When Neilma first purchased the building, it was important for him to promise all the elderly in town not to vandalise the church or do it harm. He simply wanted to save the building and also find a new purpose for it.   It is today considered both a museum, a church, and an observatory.