A rare flower that can be someone's doom or salvation


"Funny, isn't it? How a flower can produce the juice that may save your life... or the toxin that may end it in excruciating pain. I wonder how it has come to be..."
— The Night Echo


The twilight lily is a species of the lily flower that acquired new properties due to the influence of magic. Its unique color pattern distinguishes it from other common flowers, and also tells whether it is safe to make use of it or not.

Once the twilight lily blooms, its petals, and stamens are of a pure white coloration. As it matures and until it dies, each petal and stamen grows darker individually, until the entire flower is black. These colors are of utmost importance, as they indicate whether the flower may be used for medicine or poison making.

White petals and stamens can be used as the main ingredient to produce the famous Healing Potion. They store Light-type aether, and once consumed, serves as a "pocket healing spell". But the smallest quantities of the product already store a great amount of magic, which is why it is often diluted in a drink.

On the other hand, the black petals and stamens store Dark aether, which can be used to produce the Bloodrot poison - though there must be a greater concentration for it to be deadly, needing multiple flowers for a single flask.

The twilight lily needs to be carefully harvested, though. A spotted petal is considered spoiled - it won't do any good as a poison or medicine. Those who plant them need to be sure about what product they want, so it may be harvested in the right time: right before spots start to appear, or when it is all black, right before it dies.

This lily is a rare species by nature, though lately many farmers began to buy and reproduce the flower. Originally it could only be found in the far eastern lands of Asia. 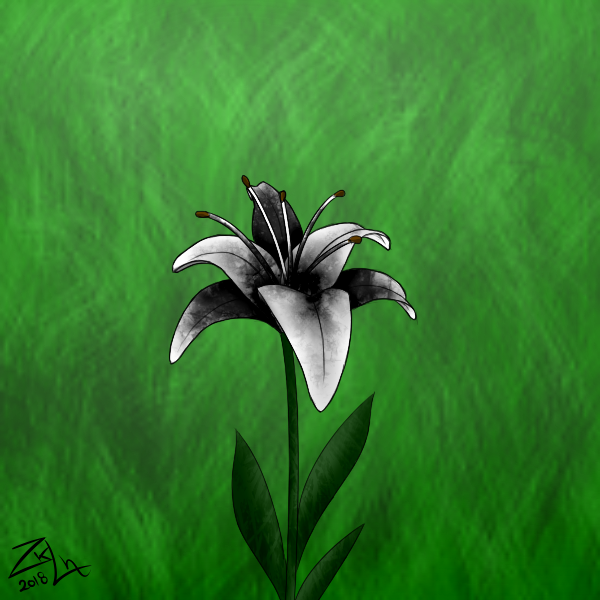 Element of magic that represents Life, peace, courage, and lies. It is also the bridge between Order and Chaos