A great Artalgnian healer who was persecuted and forgotten by History


"Do you believe those stories about the Witch and the God Eaters? I don't know, it's weird how there aren't any accounts as far as we can find..."
— a gossiping Artalgnian


One of the most iconic figures of Artalgnian's folklore is Lélia Donnato, the witch, praised by the God Eaters. Lélia is known as a villain, an enchantress who plotted to take over the Empire through the use of profane magic. Luckily, Artalganian's Intel managed to find over Lélia's plans and killed her before she ended the spell, weakening and forcing the God Eaters to expose themselves and starting The Great Purge.

Although Lélia Donnato is very popular among the Artalgnian people, being one of the favorite characters of bardic tales, stories about her are very inaccurate. There are many versions of who she was, but almost no one knows the truth.

Lélia was a knowledge-thirsty medic who worked in the poorest regions of the Empire. Since Artalgne's laws prohibited any use of magic, their medical techniques were underdeveloped. People's life expectancy was low since the simplest flu or infection could result in death. Watching people die for trivial reasons weighed down on her, and Lélia decided to travel over the world to improve her medical skills and learn new techniques. Through her travels, Lélia discovered how magic could be used to make life easier and healthier and concluded that the concept of magic that Artalgne imposed was wrong. People dying over an ignorant tradition was something Lélia could not accept, so she learned how to harness this magic.

Years later Lélia returned to her country and reopened her clinic. She secretly started using magic to heal people - the Healing Potion, one of her inventions, consisted of imbuing medicinal herbs with Light magic. She was able to heal fatal wounds, help her patients survive through most diseases, and offered her services to any person in need without charging anything from those who could not contribute. Her popularity as a healer grew throughout the nation, and among her adorers, she was called "the miracle-maker".

The empire quickly responded with an operation to investigate her. Even though Lélia knew the danger she was in, she refused to quit her goals. When she realized the Empire was finally catching up to her, and her death was imminent, she started to pass her knowledge down to her closest friends and followers. She told them how mistaken the Empire was about magic and taught all her medicine's recipes, as well as how to imbue them with magic, and made one last wish: to pass down this message to the people. This group of followers would later be known as The God Eaters.

Lélia Donnato was caught and publicly executed for the crime of challenging the law of the Light of Tiamat. Her cause was forgotten. 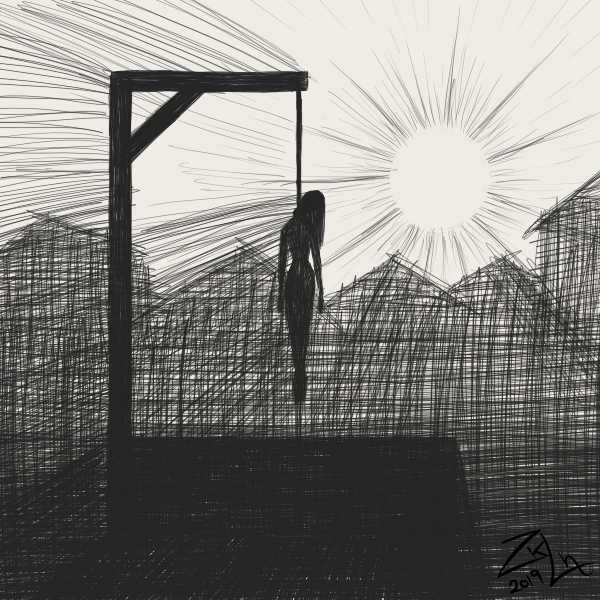 A civil war in Artalgne that reinforced the policing against magic