The ghost of a once thriving community


"The Blightwoods are a dread for the people in on itself... but Grave's Hollow is the proof we are all doomed. If nothing is done to stop it... I don't know for how much longer we will be able to keep our people... ''calm''."
— Head of the Order of Tiamat's Knights


This abandoned village hasn't always been known as Grave's Hollow. Back in the early days after The Calamity, Esperbrook was the hope of Nouvemond. It provided the city-state with the fertile ground and food they direly needed to keep its growing population healthy. For centuries it fulfilled its role, but death hungers, and the Blight eventually swallowed the village whole. Now standing as a monument to Archana's inevitable end, the symbol of hope has turned into a symbol of dread. 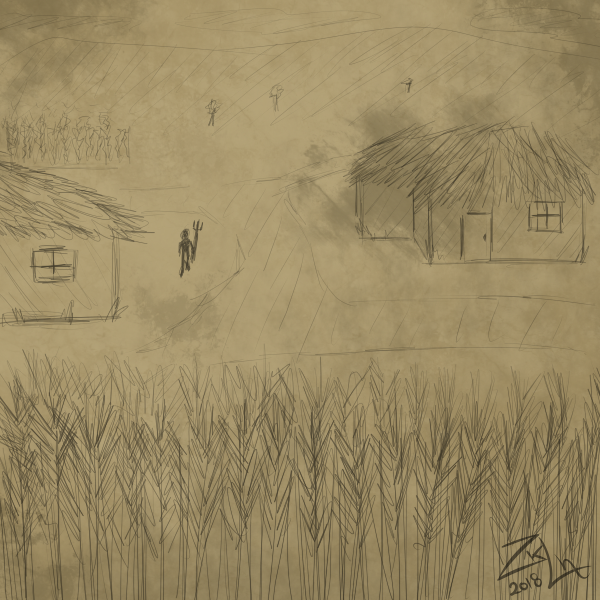 Back in the early days of Nouvemond, its people couldn't afford to feed the growing population with only the small farms around town. They needed better soil to grow more food, and what they had wasn't enough. A group was sent to scout the land in search of such place, and they eventually found exactly what they needed to the east of Nouvemond, towards The Wound. Vast plains, fertile soil, rivers nearby - the place was the hope they needed, they immediately moved there and started building, naming the place Esperbrook.

Esperbrook would then become the main source of food for the nation, which would grow evermore prosperous for centuries to come. Such a burden ensured the village rough times as the nation grew more and more, but they were able to keep doing their job thanks to the riches Vilennor and the Craftsmen Guild made, making international trade possible through Blackbourne and the importation of some of the food Esperbrook couldn't afford to produce. It was so until the walls of Edgemourn fell to the Artalgnian Empire and the nation was conquered, as their overlords would then abuse of the food and leave the people to starvation.

While it was all back to normal when Archana conquered its independence once again, Esperbrook's prosperity didn't last forever. The blight had been growing, and the Paladin Order's efforts to contain it were all for naught. The Blightwoods finally reached Esperbrook, rotting crops and killing civilians, forcing the people to abandon their homes and evacuate.

Since then, the village has been left to ruin, and some don't even remember it's old name anymore. Now it is known only as Grave's Hollow.

The houses were made from wooden supporting structures and stone walls. With the blight coming, the wooden beams rotted away and the walls gave way, transforming the village into a ruined pile of rocks and dry wood.

As a ruined village surround by plains and dead plantations, Grave's Hollow is a big open area inside the Blightwoods, and as such can be easily seen from higher altitudes, such as from the Bashmu Mountain Range.

Remove these ads. Join the Worldbuilders Guild
Settlements of Archana