"Come on in and buy your frostfire! Our new innovation in food preservation, the fridge that uses rune magic to keep your food nice and cooled, with no need to recharge, ever!"
— a merchant annoucing their new frostfire fridge


Solving the problems of food conservation, the Frostfire Refrigerator makes use of the Runeforging technology to keep an insulated box cold for an indefinite amount of time. While more expensive than the Magicite refrigerator, it doesn't rely on recharges and will work as long as its runes aren't damaged.

A large, double-layered steel box, with an insulation layer made of sheep wool between them, keeps the outside heat from entering the box. A door, constructed the same way, is sealed tightly and securely through the use of magnets.

The older and simpler model uses the same concept for the box, but a Frost-charged magicite is put into the box to cool it and keep it cooled when in use. While much more simple, the magicite needs to be recharged periodically, which is inconvenient and costly in the long term.

The fridge, as the magicite refrigerator is called, was an important invention for years. But the frostfire, with its convenience and no need for upkeep, is a constant reminder of the possibilities of runeforging. It has made life easier, and cheaper, as everyone expected from this new technology. 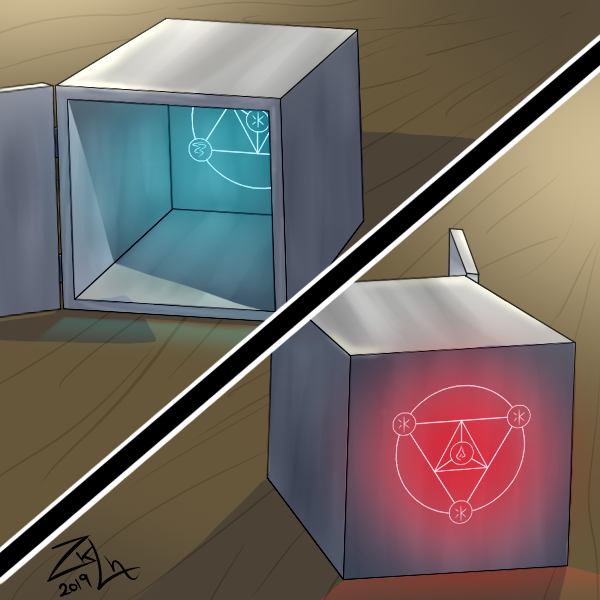 Usage of Rune Magic to enhance objects for various applications

The largest society of workers in Archana, and the main source of wealth for the Kingdom

Answering: "Describe the functions and uses of a commonplace item in your world."
Visit Zeke Lionhart's Competition Page Check all other answers to this prompt Competition Homepage