A triangular symbol recurrent in the culture of Archana


"Whenever you find yourself on a crossroad, trust the Goddess's Eye, it will show you the path."
— a priest of the Church of Tiamat's Way


The Eye of Tiamat is a triangular symbol found throughout all of the Kingdom of Archana. It represents their religion, their goddess, and their support of magic in their culture. It can be found in either of three types: in its original form, which is an upside-down triangle with a "Y" inside; in the form of the negative spaces of its original shape, as used on the flag; or as an stylized Y, as used by the Church of Tiamat's Way.

To the people of Archana, the Eye of Tiamat is a symbol of magic and wisdom. The myth of the Shrine of Enlightenment tells that whoever manages to reach it will be granted enlightening wisdom about their greatest afflictions. This effect was attributed to the tetrahedron in the center of the monument, named the "Eye of Tiamat", a symbol which slowly spread in their culture in the form of the triangle we see today.

The flag of the Kingdom carries the Eye on it as its main feature, and the official religion of the land, the Church of Tiamat's Way, adopted it in order to distinguish itself from its originator. The Gazes, Archana's currency, were inspired by this symbol and carry it on one of their sides. It can also be found in other smaller representations, such as on the walls of the Dawn Keep, the square in front of it, and other governmental or religious structures.

The origins of the Eye are unknown to the Archani, as the first time it was seen was in the Shrine of Enlightenment, atop the Head of the Serpent. As the mystery of the Shrine spread and the mythology surrounding the monument developed, the tetrahedron also began to earn its own meanings, slowly seeping into Archani culture.

When Archana declared its independence from the Artalgnian Empire, King Charles Maine knew that they needed a flag, a symbol to rally behind, and the Eye of Tiamat fit like a glove. Since them, the use of the Eye spread like a wildfire, now found in every corner of the Kingdom. 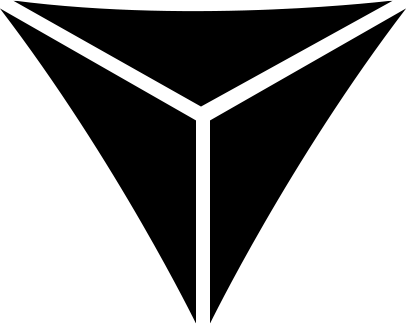 The multiethinic people from Archana

Mythical landmark atop the Head of the Serpent

Official currency of the Kingdom of Archana