"Is this... the legendary Blade of Liberation? This is the lost relic of Douglas Devin! This might be the single surviving sample of the swords used by the Silent Blades of old..."
— Claire Branwen, Magus of the ADP


Hidden deep inside Devin's Retreat below Blackbourne, the Master of the Silent Blades keeps the Blade of Liberation, an ancient relic used by Douglas Devin during the liberation of Archana, nearly 200 years ago. Only the Master of the order may use this sword, and so it has rarely been used after the Artalgnian Empire has been defeated.

The Blade of Liberation was one of a few swords made by sympathizers from the Craftsmen Guild, given to Devin and his men so they had proper tools for the job. Most of the other swords didn't survive the test of time, but Devin kept his own in his room throughout his life. It was then passed down to the next Master and so on until this day.

When Douglas passed away, his soul bonded to his sword, the symbol of his prowess. It took a while until a Master discovered that the Blade could reproduce a technique used by Devin: it is able to still the air of an area completely, muting any and all sounds in order to help to keep assassinations silent, even when finding resistance. This effect was then passed down to the next Masters along with the sword, and only they ever knew about it. 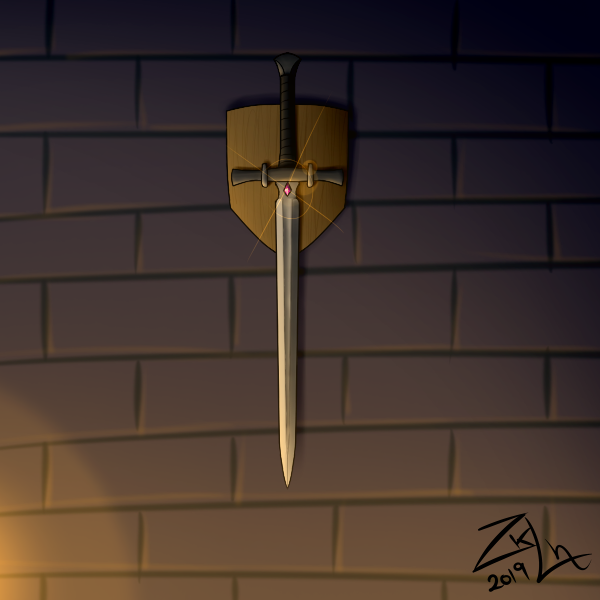 The first Master of the Silent Blades