''Yes, Shorty's right, there is much more to magic than you people know about. For starters, Aura is not a thing of legends, it is real. Problem is, it's so hard to weave that you rarely see anyone able to – like Shorty's father. You need to be... 'something better', you could say.''
— Claire Branwen, Magus in the ADP


Magic is fueled by Aether, and it can be used in the form of the 8 elements. But if enough mastery is achieved on the art, if enough understanding is reached, one may begin to learn to use magic in its rawest form: Aura.

Aura is magic at its rawest and represents Existence, all that is, what was and what will ever be. It cannot exist without the Whole, and the Whole cannot exist without it. All of existence, time and space, form Aura and are formed by it. Even though it can be seen as the most basic form of magic, it is far from just that - as it is the foundation of reality itself, mastering this primal form of magic is directly linked to the full comprehension of existence, making it a truly rare kind of magic even among the most trained. While it's not impossible to see it in very small scales in mundane situations, only a few are ever able to close its mastery.

An Aura adept needs to obtain an understanding of the Whole. They are capable of seeing the machinations of existence and work in alignment with them. For that, Aura adepts are mostly enigmatic, wise and, above all, comprehensive.

The manipulation of Aura consists of comprehending existence and being one with the Whole. This connection gives the adept the ability to bend and warp reality itself, and this is why Aura martial and magical styles are unpredictable, as they break all expectations the vast majority of people have. Aura adepts are capable of the most varied and unbelievable deeds.

Among Aura spells, there is the manipulation of the form and composition of bodies. More powerful adepts can even slow time and bend space to create rifts. Beyond that, it is expected that those who can use this raw magic, can also manipulate all the other 8 elements with the same mastery.

The concept of Existence gives this type of magic a varied combat style, as it can take on any role in a battlefield. An Aura adept often avoids meddling in mundane matters, and would rather let the world follow its natural course.

The element of Balance

Aura has no opposition or special interactions with the other elements. While there is no indication of advantages or disadvantages, Aura masters are undoubtedly the strongest practitioners of magic, as their mastery of all the elements gives them all the tools to adapt against any opponent. Still, this requires a lot of extra training, so it is hard to say that an Aura adept is any stronger than adepts of the other elements - they have more potential to be the absolute best, but that require extra decades of study and training.

The Void is a concept in direct opposition to Aura. While it can only fully exist when all elements are in balance, Aura can only be considered to have gone void if all the elements did as well, if there is absolutely nothing left. This is the ultimate form of the Void, one that there is no known being that came back from. 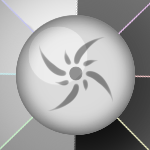