I want to really start fleshing out some of the alternative areas that our players can get to throughout Aegimius. Some of the other realms, some of the kingdoms or areas that haven't played a huge part in the main campign or may instead play a part down the road, like the Nine Hells. We've talked about this, but actually getting them down is an entirely different beast. And I really want to do that.
Some area's it would be great to focus on include:
The Fey Wilds
The Nine Hells

I've written your fate, and it can't be erased.
— JT Machinima

In the midst of chaos, there is also opportunity, all warfare is based on deception.
— Sun Tzu

Actually getting this stuff fleshed out will help me down the road when the players decide to randomly head to one of these areas or pick up a book on this. Which I will admit I'm 100% guilty of doing myself in For Storia. Just making Chesh come up with information from a book I've read and then neither of us adding it until it's a bit to late. But having it all written out is important for not only the world, but also for Chesh and myself when it comes up later in the campaign. I mean I'm good about remembering random information, but we both tend to forget some important information, or sit there and debate what's meta knowledge vs, what was reavealed in the game/source information. Though I will admit that we haven't had a TON of this. 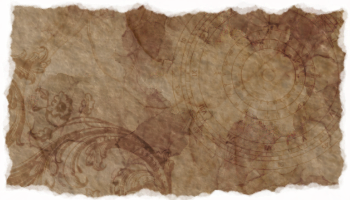 I'm aiming for at least 16 completed prompts given that this is my first Summer Camp. I will admit I've done pretty decent at coming up with things, but with life, sometimes it's hard. If I can achieve all 31 prompts I will be beyond pleased, but I'm not going to be terribly hard on myself if I am only able to do 16.

There's no such thing as Heros and Villains. We're all Villians! it's just those who live to tell the tale will always paint themselves as the Hero.
— Chrisgreenfildva

You have two choices...One will lead you to happiness, the other--to the madness! My advise to you is don't step aside!
— Alice in Wonderland