What began as a trading post quickly developed into a religious center of Waethern. Over the decades, the settlement grew and grew until the lords and ladies of the province selected it as their seat of power in 674 AD. Even with the presence of the Mollen Marshes just beyond its walls, this fortified city stands as a key location in the province.   While not positioned in a location ideal for travelers to want to visit, Maplemoor has secured itself as a prominent trade stopover due to its proximity to other major settlements in the region. The Mollen Marsh just beyond its thick wooden walls detracts from the overall appeal of the city, but also provides a natural defense from attacks that most find reassuring. 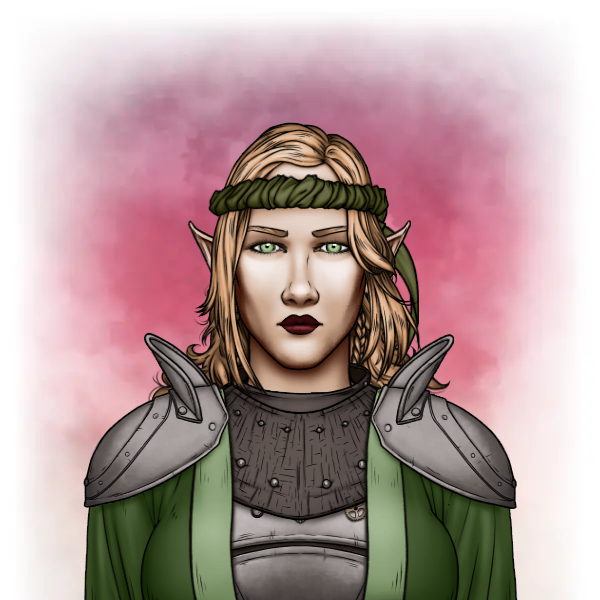 Govern a city founded on religion as you would an army, and the faithful shall flourish.
— Lady Eldreth the Stern

Lady Eldreth the Stern, a former captain in the Waethern army that served at the Battle of Blooded Grass in 2892 E.L., manages her city and province with stalwart efficiency. She takes a hands-on approach to anything that is brought to her attention, and this can sometimes lead to summary decisions that are not the best solution to the situation. Her chief aide, Captain Estienne Tallbrook, is very cognizant of this fact and therefore tries to maintain distance between her and problems that arise.   Because of Eldreth's involvement in minutia around the Maplemoor Province and her dedication to military efficiency, some fundamental aspects of the city have been reduced to running at the bare minimum of their resources. However, the majority of the city benefits from limited crime due to her strong belief in a forceful city watch.

A single glance around Maplemoor is enough to discover that it is a city of two worlds. On the one hand, the eastern half of the city prospers as a guiding example of a city grander than its size. The beautiful temples spaced around the city remain resplendent to draw pilgrims and travelers while the administrative section and trade districts maintain the city's income and grow Maplemoor's presence in Waethern.   However, by focusing on maintaining the religious and trade foundations of the city, Maplemoor's living situation has deteriorated and become untenable for most. Attempting to maintain a living outside of the elegant districts often results in a struggle to scrape enough coin to live by, a problem further compounded by the cost of leasing stalls in the market in the central square. As a result, crime has been on a steady rise in the run-down areas of town, but not enough to draw forceful action from the city watch. And if one does not turn to crime, the back-breaking labor of the fields outside the walls is one of the few alternatives available.   The presence of a few guilds have helped to improve the city's outlook overall. The Netarla Kinship established a dedicated guild-hall in the city in 2846 following requests for assistance improving the great Dryad Grove at the heart of the city. This, along with the inclusion of a Maplemoor City branch of the Acquisitor's Adventure Association, increased the opportunities for work and helping to rejuvenate the populace.

At its heart, Maplemoor is a city that expanded because of religion, and the distribution of shrines and temples across the city further punctuate that point. From the Temple of Breanid to the Altar of Kronne, the full spectrum of Eastern Pantheon Divinities are on display. Perhaps most surprising about Maplemoor is that the city, despite finding its origin in religion, does not feature any fervent devouts seeking to garner more influence or exhibiting intollerance.   Along with a resplendent religious scene, Maplemoor also dedicates itself toward the growing of its historical archives and learning; however, funding has been limited from the leadership, resulting in the repositories being somewhat diminished compared to other cities.

While the Divinities presented here bear little resemblence to the ones I knew in Graevithal, I admit that I found the calm and unoppressive faith of the city to be oddly comforting.
— 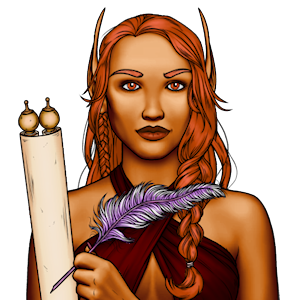 When I passed people on the streets, I found myself greeted cheerily and bid a good day. At first I wondered why so many strangers were speaking to me in a city of all places, but then I embraced it and shared their enthusiastic greetings.
—

Despite being the next thing to destitute, the overall vibe of Maplemoor is surprisingly positive. The city has a small-town appeal that permeates the atmosphere, leaving the majority of its populace exhibiting a welcoming touch for any and all that come to visit. Interactions with the city watch are normally cordial, and any most people try to help fellow denizens affected by ill-turns events in a show of solidarity.   The evening activities tend to be slow as night descends, due to fairly strict ordinances handed down by the leadership, but taverns and inns remain open into the early hours of the morning consistently to ensure that travelers late on the road have a place to stop in for a bite and a drink.

Merchant District
The artisans and businesses feature one of the largest areas of the city, from the southwest corner to the central bazaar.

Slums District
The residential district of the city, Alfhaven is packed to the brim with residents trying to make a living.

Arcane District
A district devoted to the arcane and knowledge, Maerken's Circle is the pre-eminent source of magical items and goods for Maplemoor.

Temple District
Named for a prominent paladin, Caemlin's Ward features the most resplendent religious sites and the majority of resident nobility.


Other Points of Interest

A beautiful grove behind a wrought-iron fence in the center of the city immediately draws travelers due to its elegant dirt paths wending between well-tended maples. Rumor has it that dryads work with the Netarla Kinship to tend the trees and make them flourish.

With its proximity to the Mollen Marsh, sickness tends to run rampant. The Netarla Kinship's guilded apothecaries and healers have established a no-cost camp outside the city to help treat those afflicted with disease, helping to minimize the spread within the city.

A collection of farms stretch around the south and western sides of the city, providing a constant flow of provisions and opportunities for labor. However, few residents are enthusiastic about accepting work at the locations due to the grueling hours required.

A network of tunnels have been noted beneath the Dryad Grove. They appear to have been created and used by non-threatening creatures of the Underdark in ages past - so long as they do not threaten the trees' well-being, there is little to be concerned about.

While located in a less-than hospitable locale and excessively expensive to visit, Maplemoor somehow brings together the best of all people with its inspiring and welcoming people. Perhaps the enlightened atmosphere allows for a more inviting populace?
— 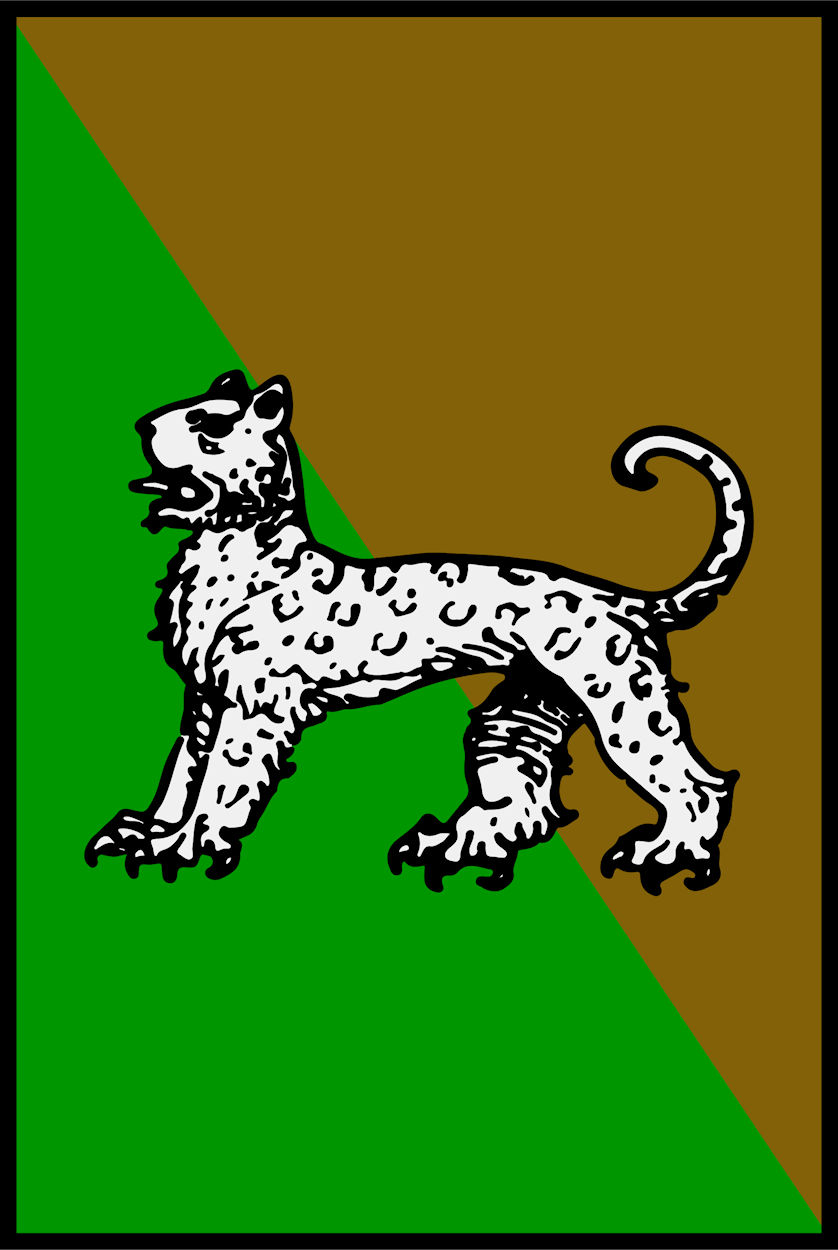 Sparse - The city is not bustling, but there are people out and about often.

Impoverished - Around half of the settlement struggles to carve out even a meager existence.

Open - The locals actively enjoy visitors, and their culture incorporates this. Just about anyone is welcome.

Master of the Wild
Utterly committed to the job, truly feels it is of vital importance

B - Theft or mild violence happens from time to time.
**No Silenza League presence