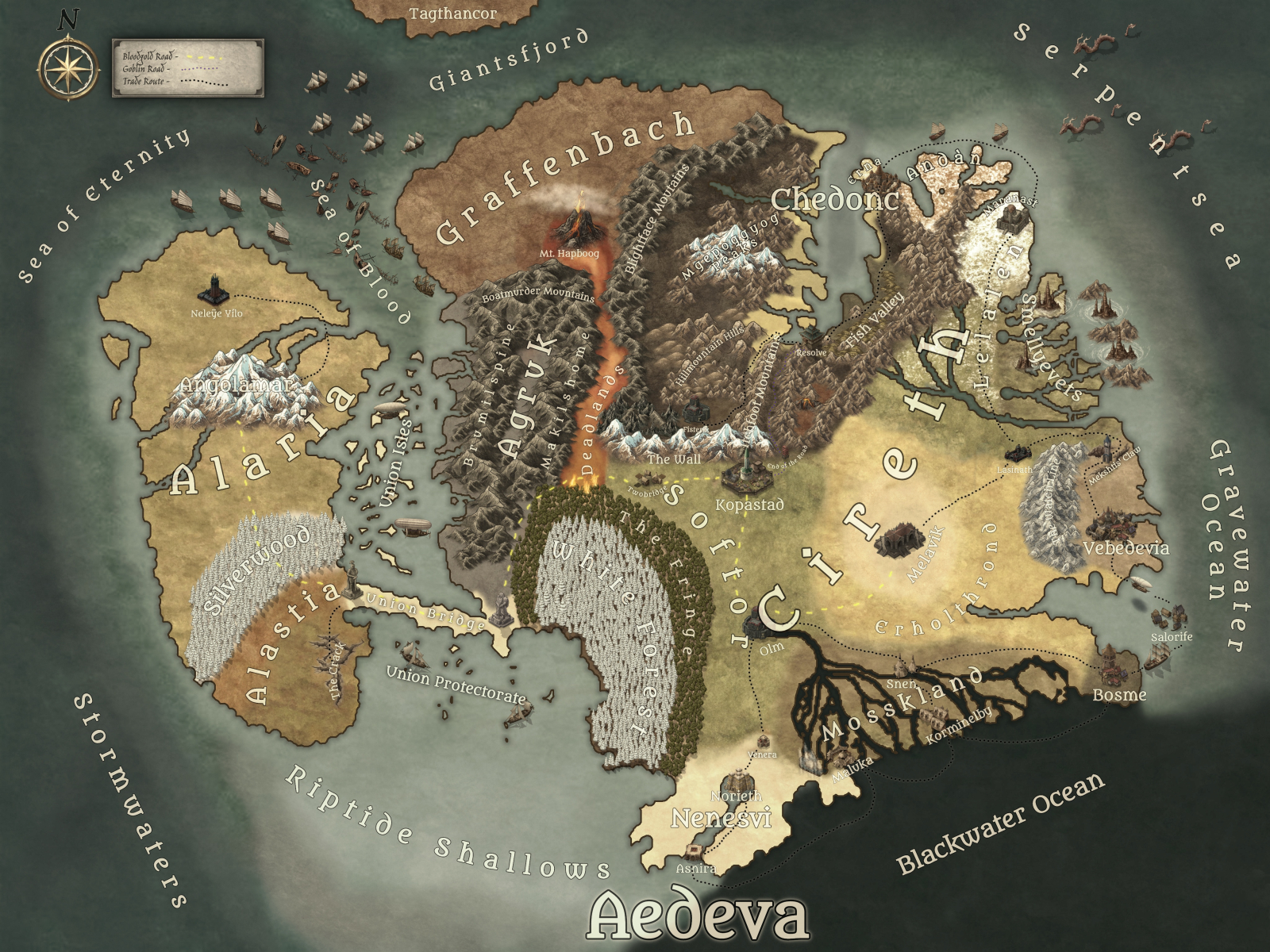 Reagan Duggins
Welcome to the Aedeva system! A collection of worlds by Reagan Duggins (a.k.a. The Story Beard).   As you explore Aedeva, you will find a variety of fantasy stories for each world, as well as an occasional sci-fi story. You will also find information on the important characters, locations, and concepts for each world of Aedeva.

Death of a King

Book 0 of the series Sons of the King, this novelette tells the story of the King Donovan of Gravity as he attempts to reclaim a city that has fallen to the monstrous inhabitants of the nearby forest. If you like gritty, hard magic, sword and sorcery fantasy, give it a try! Prelude to Sons of the King
...
Death of a King


Anenu Etha | The Planet of Prophecies An Anenu Etha Story
...
Alone on the Colorless Field

Originally the setting for a tabletop RPG campaign we ran, Aedeva is a land of elves, dwarves, humans, gnomes, monsters, and high magic. You will find many classical fantasy elements here (it is a D&D/Pathfinder setting, after all), but the land of Dalari is a new campaign setting, with unique takes on many established ideas. If you are a GM looking for inspiration, or just enjoy an interesting new world to explore, check it out! A Campaign Setting for Tabletop RPGs
...
Aedeva | A Land Divided
Within Aedeva, there is a group of adventurers known as The Outsiders. Their saga, as told by the NPC(s) around them, can be found here: Book 1: To The Boltstone
...
The Saga of the Outsiders
Also, if you are a Dungeon Master in search of fun, interesting, inspirational encounters to throw at your players, check out our newest series: Inspirational Encounters! Centered around making boring monsters into exciting, fun encounters for both you and the players! If you'd like to stay up to date on information about these stories, come follow us on Twitter and Facebook.   Welcome once again to the wonderful journey that is The Story Beard. We are excited to have you along!

Ære Vumukalti is 27 years of age, his height is 9'2" also bald broody with scars on his face.

Eloria, Elven Ranger, is known for her skills in protecting her charges, retrieving the lost, & completing contracts. Her work is the highest quality & always completed timely. She's professional, private, & always gets paid.

Once a wandering gnoll mercenary with the favor of his culture's Goddess of Justice, Durant is now a civil and military leader among the gnolls of Graffenbach.

First of his Line Karthenax

A goblin warlock, picking up where his dead teacher left him, hoping to avoid the same fate, tied to a charred stake.