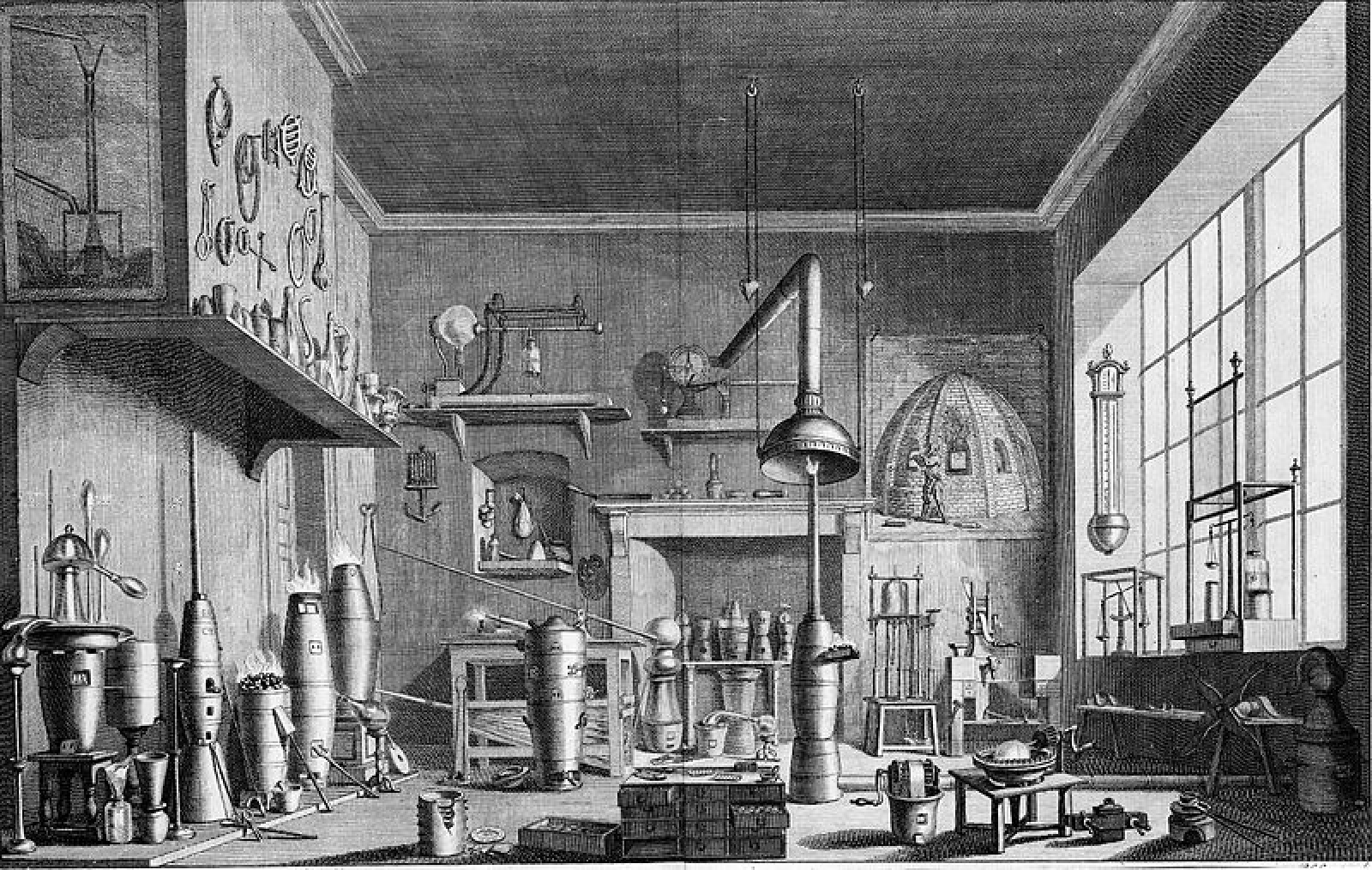 Played by my brother. Art was commissioned by him, with authorisation given to me to use it.

"Most renown for his works on sanitisation, hygiene and medical practice, Doctor Gritzgale has proved to be quite the asset with regards to the domains of alchemy, and comprehensions of the metaphysical. The Doctor's practice, the Alabaster Workshop, is famous across niche circles of natural philosophers as a bastion of knowledge and alchemical theory. The Lodge has attempted, numerous times, to penetrate the mysteries of his laboratory, however have found nothing occult or out of the ordinary, save for the numerous inquiries from the Doctor's many students with regards to the application of the arcane to alchemical processes, many of which even our experts knew little of. It is a shame that the Doctor himself seems to be fervently against use of the arcane, a mind such as his would be of great aid to the Lodge. [...] I must conclude this investigation as unsatisfactory, and present the conclusion that there is nothing to be gained from Doctor Gritzgale, however I encourage strong cooperation with his practice for the sake of advancing the mind and knowledge of the transmutative practices and medicine."
- Master Torccán, Archmage of Transmutation & Alchemy, The Lodge of the Spoken Art

Fragrances of strong medicine and sulfur wash over this old man’s figure; miniscule and silent, it nonetheless emanates a certain presence. Not intimidating or otherwise frightening, a strange otherness belies his expression and personage.   Hunched over, as if weary, the small man is coined by thin strands of white, luminescent and green at certain reflections. Slicked back to reveal his expressions, the coif smiles at the corners into small widow’s peaks. Moving downwards is an unflinching expression; horribly placid and piercing, revealing a hint of malice, or perhaps morbid curiosity.   Green and expanding light strides through his visage, ever twisting in its puzzling patterns, and reduced to thin slits in cautiousness. With a hunch to the right, he walks patiently, observing those around him and only interjecting at a time which furthers his own interest with a croaking, foreign voice.

The Doctor, whilst aged, appears to be in mint physical condition for a man of his age. Although half-elven, he retains signs and telltale traits of human old age. His body is wiry, lithe and spry, with a slight hunch to his shoulders. A shoulder cape covers his right arm constantly, which is also gloved - a tragic accident befell him during his youth - and alchemical scarrifications mark his entire body, converging to the circle on his forehead.

A lithe, spry old man with wirey and angular features, he looks like a 'stick bug' from afar. His right arm was burnt and then heavily altered, albeit none are quite sure how. It is constantly covered by an elaborate shoulder cloak and thick leather gloves. He is short for his species, and age has not embellished his assets either. The rest of his body is covered in markings, engraved into his skin (and some say his bones), remnant traces of alchemical self-experimentation.

Orjuus's face, and body are marked with alchemical lines and scarrifications, remnants of self-experimentation gone right. None but he know what else he has done to himself for the sake of advancing medicine, however this may explain his elderly appearance despite evident traces of An Edel blood inside his veins. The Doctor's visage is weathered and elderly, with two piercing jade eyes staring malignantly at the center of his skull.

Professor Gritzgale was brought up the son of a lonely alchemist who served in Kingdom of An Arwyn. Abandonned at this man's doorstep, the young child would soon grow a fascination for anatomy, biology and observation of the natural world. Things fascinated him, more so than people or personal relationships. Throughout his childhood to his early adulthood, the professor would remain a careful, studious apprentice of his father's works. The harsh reality of the world had hit the boy well before the age of maturity. Indeed, as an alchemist, knightly orders and financial difficulties befell father and son, forcing them to wander and migrate whenever threatened by creditors and zealous knights. On the road, the young professor learned much about the necessities of life, money, wealth and prowess. Inevitably, he passed his apprenticeship test at the hands of another chemist, and gained the ability to practice his passion on his lonesome, yet aided his father who grew sicklier and sicklier by the day. The old fellow passed when Orjuus was roughly 30 winters old. As a promise to his dying father, he took up his mentor's passion, legacy, and final goal.

Professor Gritzgale first found employment at the hands of eccentric elderly man soon after his apprenticeship (31 years old), with the sole purpose of being his carer. Luckily, his agonizing father had prepared him for such a role, and the young Orjuus was quite adept at caring for them. The aged-man also provided Gritzgale with the space, lodgings and resources to further his own personal research, and numerous times asked for the Professor's aid in extending his life. Eventually, no amount of alchemicals could save the old man, though Gritzgale did inherit his hall, and home, gaining accrued wealth.   After having published numerous works, produced countless solutions and remedied some famous individuals, the Professor was asked to be head physician and medical practicionner to King Amlodd IV, ruler of the Kingdom of An Kerlahaad. By the age of 42, Gritzgale left his inherited manor to move to the city of Dageraad. A few weeks later, one of the resident maids accidently set fire to the old house, leaving nothing behind. Nevertheless, as head physician, the Professor's renown grew across Aedelwynn. Not only did Orjuus flourish at King Amlodd's court, but he also built the Alabaster Laboratory, a practice where individuals who showed potential could study natural philosophy and raise above their lowly status through the means of alchemy and transmutative practices.

"There is only the path towards what you strive for; The reaches of mortality are shackles, the plan of the gods bind those who kneel to it. There is no truth, there is no failure; Only experience and information. To create something metaphysically true to one’s ideal. That is the legacy."


To understand how a selfish man turned into this thoughtful abomination is a painful task; To comprehend his objectives would mean to replicate him. With an inherent otherness, the Doctor seeks only to provoke and deepen his grasp on the cosmos, seemingly only to surpass it and himself.   This world and its trifles mean very little to him, and so do others, or the ideal of perfection. He sees the deep potential inlaid every petal of creation, and seeks to usurp its resourcefulness until he completes his legacy, now truly his own; nothing else really matters.

Placid, Unflinching & Pragmatic:
Orjuus knows neither guilt, nor regret; everything in grand scheme of things is simply a part of the mechanics of the world. To struggle against such mechanics is futile, best yet to exploit them.
Diligent, Rational & Patient:
Orjuus has but a singular purpose, and works towards it in one synchronized direction, at all times. No other subject interests him, no other method will attract him, and in this he is most at ease.
Curious, Skeptical & Genius:
As troublesome as it might be, his intellect and curiosity in the natural world around him is the cause of his continued existence. He seeks to understand everything, albeit the years have weakened him somewhat.

Unsettling, Sociopathic & Devious:
Orjuus does not have the mental capacity to empathise or sympathise with his fellow mortal. Though capable of social interaction, this inherent flaw has created an air of otherness and eldritch distance, only enlightened through age.
Cruel, Machiavellian & Self-Centered:
To achieve his goal, all ends justify the means. Though he does not exhibit an outwards vicious or aggressive nature; ever action he undertakes inevitably has a purpose.

Had some contacts within the Spakeheart Lodge, as well as numerous colleagues amongst other alchemists. He was a very influential individual within these circles, as well as throughout the Kingdom of An Kerlahaad thanks to his works in sanitation, cleanliness and the pursuit of alchemical prowess amongst young apprentices. His position at court had gifted him a number of contacts, 'friends' and rivals alike.

It is rumoured he has a son, somewhere, and did once feel... compassion for another fellow alchemist, though where she is now, it is rather unknown. Some think the Director merely used her, and should you listen to the woman's wailing, it is likely she will corroborate such drivel.

Porkjuus the Bold, is the name of Orjuus' many pigs that he keeps in the backyard of his Laboratory. There have been many Porkjuuses (Porkjuusii?), all of which have either been served as supper, or for personal experimentation. Nevertheless the Director does seem to care for his porcine pets until the moment their bodies must contribute to scientific study. 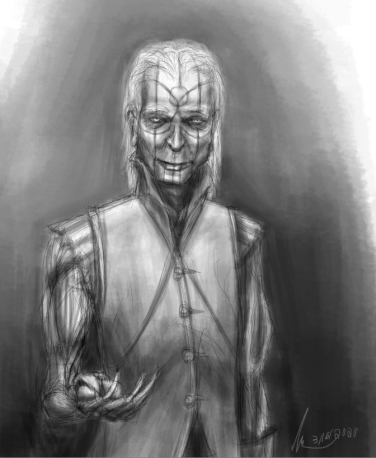 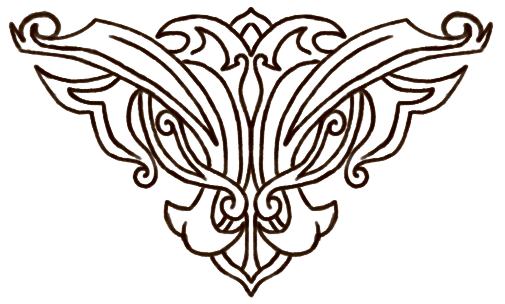 Answering: "a person considered villainous or monstrous"
Visit Gern's Competition Page Check all other answers to this prompt Competition Homepage