The Rockozoa is an ancient and ubiquitous form of currency in the world. It superseded other competing currencies such as Lichien, and has become the defacto world currency. The coin itself is made out the stone of the same name (known outside of mint as Rough Rockozoa), and is known for its sparkle, hexagonal shape, variety of dark colors (prominently red), and most of all complete immunity to magical enchantment. The symbol used to represent it is a derivative of the Aquichen symbol for Ro, with the slash changing the meaning to the "Mark of R", or "Brand of Ro". Sometimes, the symbol appears as a forward facing Latin "R" with or without the mark but these are considered mistakes and such coins are quickly taken out of mint.   The rock itself of which the coin itself is minted from is absolutely mundane. It cannot hold an enchantment of any kind, has no magical shielding properties unlike Vabuianite, and has no other useful physical property. Therefor, this stone has seen use in multiple cultures especially among the Aquiche as a form of currency due to its aesthetic value. Vabuians have a strange affinity for shiny things, and while gold itself is quite shiny, it also is amazing at holding and transmitting magical intent, which has been used on occasion to create Mordlichen, or "Death Money", with enchantments meant to kill tax and debt collectors.

The word Rockozoa means "The Power of Hope makes [stone] this Red". The stone's name was given by the Aquichen merchants who popularized the used of the stone, who named after Ro who is said to have given hope, perseverance, and determination through her Seven Chromatic Children, with the stones themselves having transformed from their touch. 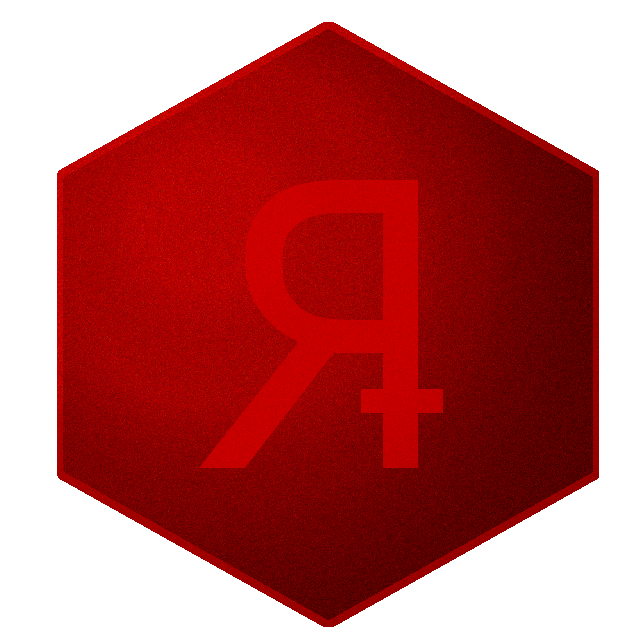 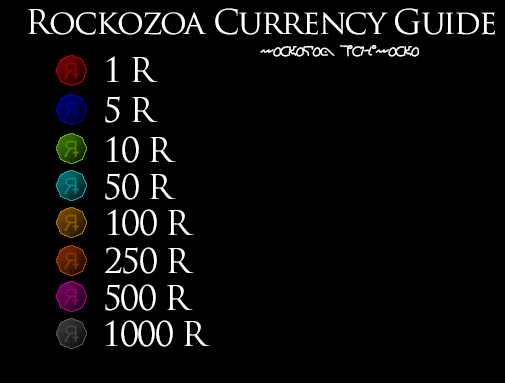 Author's Note: I am aware of the discrepancy of the shape in the sprite art VS the top art and text description, will be fixed at a later date.