There is an eerie tower in the northern portion of Kruthia. Nobody knows exactly when it was built or who by. It's been ruined for as long as anyone can remember.
What's really odd is, the area around the tower has had a magical deadzone as far back as anyone can remember. It's a particularly strong deadzone, too - one of the kinds where casting even the smallest of spells is next to impossible.

The tower is also the centre of the Spire Fiends' beliefs and rituals. It's believed that the first Spire Fiends were wanderers who had found themselves at the tower and began hallucinating, and that they've brought more wanderers into their cult.
The Spire Fiends worship the tower almost as if it is some god. When someone accidentally stumbles into the magical deadzone surrounding the tower, the Spire Fiends excitedly bring them into the tower. They see this as the way to introduce the "newcomer" to the splendor of their god. In reality, though, this is slowly driving the "newcomer" to insanity. Besides plants, the Spire Fiends are the only living things found near the base of the tower, as if the local birds and animals themselves deny the tower's existence.


"As you lay there gasping for air, strange cloaked figures approach you. They are eerily skinny, making them seem more like tall aliens than anything from this world. Their smiles are peaceful, calm even. Yet they cause a feeling of fear and unease all the same."

The Psychological Effects of a Deadzone

A magical deadzone is a very dangerous thing to Actreines. While they are still able to breathe, the lack of magic causes some quite negative side effects. These side effects can be, but aren't limited to:

The tower is constructed mainly of bricks that were once white, with wooded platforms for each floor of the tower. The bricks have many cracks and holes in them, and much of the wood is rotting away. In addition, plants of many different kinds are climbing up the sides of the tower. The top of the tower looks like it was destroyed by an explosion before it was abandoned, and appears untouched ever since.

There is no certain consensus on who or what created the tower, and for what purpose. The Vel Tuturi Church believes that it was once part of a temple to a minor cult, and thus they mainly ignore it. Some others think it was once part of a grand castle, perhaps from the Tridomatric Era. Still others think that it was a lookout tower that got demolished during some forgotten war. 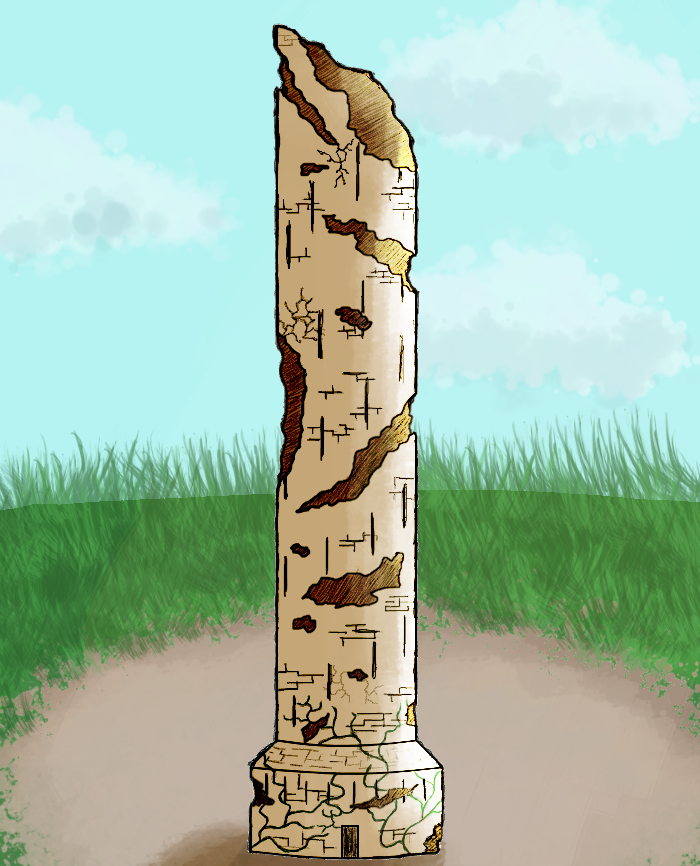 This sounds like a properly unnerving place to find yourself at.

That's the shtick with the tower, yeah. It's a sacred site for the cult, but if you're not part of the cult you want to keep a wide distance between you and it.

So scary place, and a magical death zone. It gives me shivers. Good work there!

Glad you like the article! And yeah, it's not supposed to be on a "top ten places you MUST see!" list.