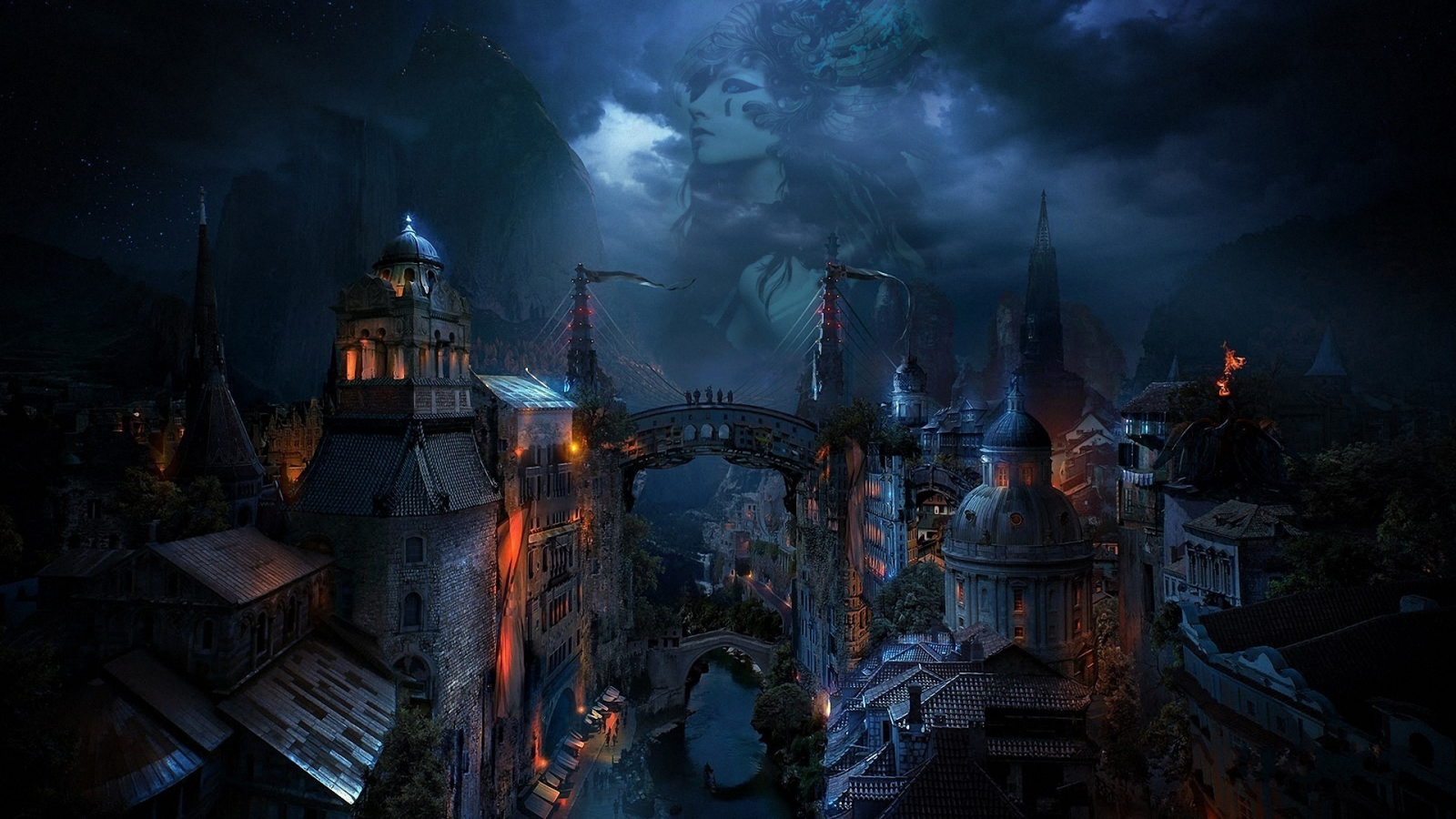 The Great Culling finally came to a sudden end nearly 700 years ago when a hailstorm of light-infused spears pierced the dark clouds above Achareon and brought back the light to the realm. Seemingly frightened by sunlight the monsters scurried out of the open, either underground, to the shelter of the many forests or inside the ruined buildings of the many settlements they now occupied. For the first time in roughly 300 years people had the chance to fight back this invasion, hunt down the isolated individual creatures hiding within the city and rebuild their walls and other defenses. No longer outnumbered and terrorized by the creatures around the clock, slowly but surely people were given an opportunity to live once more and in short order their savior also presented herself to the people of the realm via her avatars, champions and acolytes..


A Telling Of The Salvation


One count in particular has been eternalized in the annals of scholars, in the chants of the clergy and children's bedside stories alike;


"The citizens of Heliopolis were a hardy people, but eventually they too fell. Enslaved and slaughtered in equal measure, they faced a similar fate to the rest of the realm. Yet, through the centuries, they persevered, and their reward for their resilience was front row seats to the dawn of the New Age. One hallowed day the darkness that had held the world captive for so long was finally pierced by the divine speartip of one of Minerva's champions, Memoria. At long last Minerva's tireless efforts to break her people free bore fruit and in a flash, a blink of an eye, the spear struck true and brought Memoria down on the surface of Achareon. A golden streak, clearly visible to Heliopolis and akin to a divine lightning bolt, hit one of the islands on the other side of the Crimson Strait and sent forth a warm shockwave that was felt throughout the entire realm. Such was the power behind the impact that it forever transformed the biome of the region, leaving it forever a barren desert, wiping out virtually all life in the immediate region. In her great wisdom, however, Minerva made sure to direct this pre-emptive strike to one of the highest concentrations of monsters, wiping out a great number of them in the process. As the shockwave washed over the settlements, sending an omninous chill down the spines of the invaders and clearing out a layer of the dark clouds above, the skies all around became littered with blotches of divine light as far as they eye could see. These pools of light quickly became brighter and larger, until the clouds gave in and a hail of massive golden spears rained down. Ripping through and dispersing the rest of clouds and raining judgement down on the evil plague, in one fell swoop The Great Culling had come to an end."

The Origin Myth Of The New World


Even though the people of the world recognize there was life before The Culling and as such this isn't a conventional origin myth, it is regardless widely considered as the origin of the New World, a better world. When the Old Gods abandoned the world and doomed its denizens to suffer an eternity of oppression and fear, had it not been for Minerva and her efforts there's no telling how much longer the humanoid races might've had left. In all likelihood, not long, as more and more settlements became little more than ghost towns under the tireless sieges. Memoria and the rest of Minerva's champions moved throughout the land, vanquishing and slaying monsters and purging cities and settlements from their ilk, returning them to their rightful remaining owners. In their wake came the acolytes of Minerva, spreading the gospel of salvation and the message of The Lightbringer throughout the many settlements. This helped them to quickly establish themselves as the one true religion of Achareon, worshipping the one good god worthy of worship, the one who dared disagree with the rest and escaped from the prison she was thrown into as a result during the Celestial War.
Date of Setting
1 AM

The Salvation In Literature And Art


As a major historical turning point for the continued life on Achareon —an impressive spectacle to witness in and of itself— the events surrounding The Salvation are well recorded not only in historical documentation, but also retold in the hymns of The House Of Minerva sang throughout Her Libraries across the realm, as well as in the bedside stories told to children. Thus the young learn early on to be grateful and respect the goodwill Minerva showed towards her people that day. Many a bard also recites the acts of valor and heroism Minerva's champions undertook in their efforts to save the suffering people through songs and poems. But perhaps nowhere are these events more prominantly on display as in The Libraries, with their ceilings decorated with glorious frescos depicting the fantastic scenery that unfolded before the very eyes of the people that day; dark clouds pierced by firy golden spears all over the horizon, Minerva's champions bombarding and slaying monsterous creatures of all kinds, freeing the enslaved peoples and aiding in restoring the settlements to their previous glory. These paintings are also present in many private homes and adorn the walls of many taverns, albeit in lesser numbers. Minerva herself is also often seen depicted in paintings of the event, looking over her realm and keeping it safe, and this imagery has spilled over to later artworks as well.

Competition Homepage
In response to the prompt Tell us a myth or legend about how your world came to be from a religion, cult, or group in your world
Article template
Myth
World
Achareon
Category
Myths
Author
Sunflame
Publication Date
13 Dec, 2020
Creation Date
13 Dec, 2020
Last Update Date
14 Dec, 2020
Visibility
Public
Views
91
Favorites
Comments
0
Work In Progress