Tiamat, like her archrival Bahamut, is revered as a deity in many circles. All chromatic dragons pay homage to Tiamat, although green and blue dragons acknowledge her sovereignty the most readily. Metallic dragons have a healthy fear of--and begrudging respect for--Tiamat, though they prefer to avoid even thinking about her where possible.

In her natural form, Tiamat is a thick-bodied dragon with five heads and a wyvern’s tail. Each head is a different color: white, black, green, blue, and red. Her massive body is striped in those colors. Tiamat is also known to have many consorts, including great wyrm dragons of each chromatic type.

She is presently trapped in Avernus--the first of the nine hells of Baator.

Tiamat's primary domain is war, but she also considered the goddess of wealth, greed, and vengeance. She is the epitome of all chromatic draconic ideals. 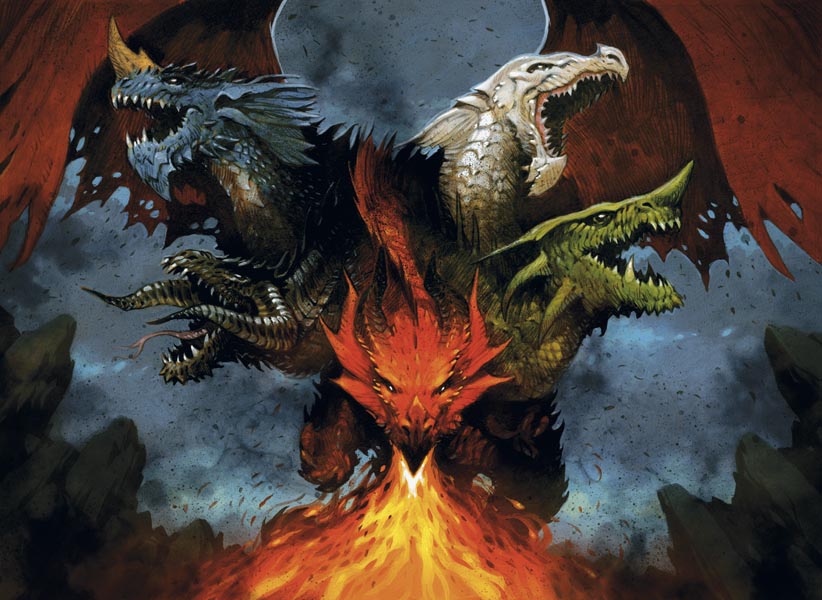 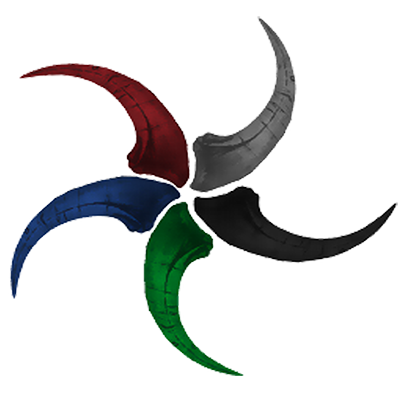