Ozcymath is a demon lord who invaded Acaelica during the events of what would later come to be known as The Demon War.

He and his horde were responsible for death and destruction on a scale almost unrivaled in Acaelican history. Their reign of terror lasted two years until Ozcymath was slain (alongside much of his force) by the combined efforts of Palasar Tolthik, Inibis Valmeia, and Taslyn Cordaer.

The cataclysm that marked their defeat has since been labeled The Scourge of Acaesura, as much of the continent was destroyed along with them.

Using means that are still unknown to scholars, Ozcymath initially managed to open several, massive gateways from his layer of The Abyss onto the Prime Material Plane. These gates, although theoretically impossible, were nonetheless torn open for several seconds before collapsing on the southeastern island of Acaesura.

In those few seconds, thousands of demons poured onto the Prime and immediately began marauding the surrounding area. Catching so many Acaesurans plainly off-guard and defenseless, those who did not manage to flee were killed almost to a one.

Acaesura would become Ozcymath's stronghold as his demons spread out across the greater continent. It would eventually come to light that the invasion was borne of the demon's belief that a Divine Spark existed hidden somewhere on Acaelica.

Although the source of his belief is still unknown, few have questioned its legitmacy given the remarkable lengths to which Ozcymath had gone in its name.

Ozcymath has been neither seen nor heard from since his defeat on Acaesura, although it is speculated that his death merely resulted in his eventual rebirth within the Abyss. 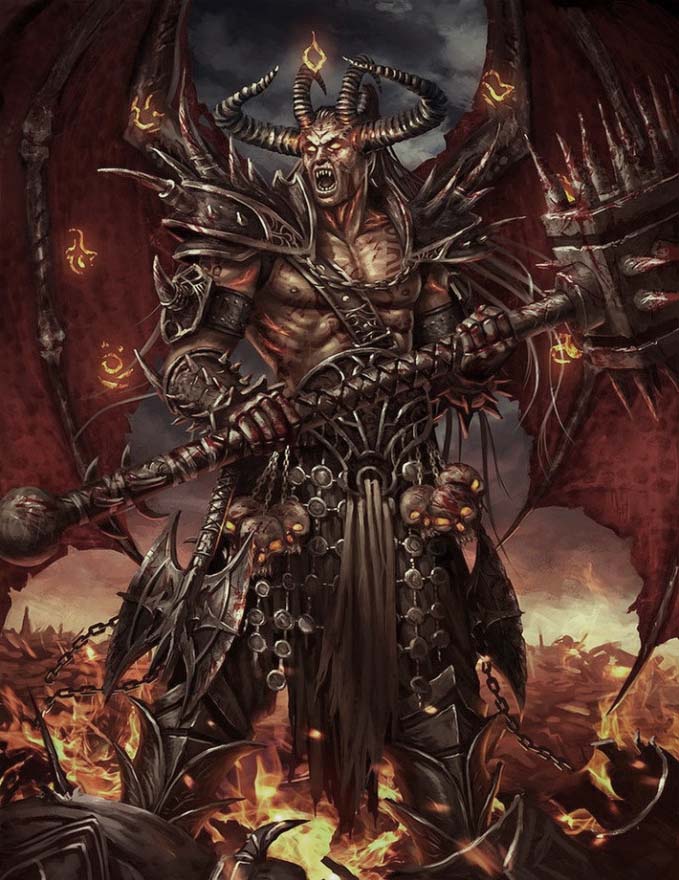