Gak is a kobold and the defacto leader of the The Cult of the Gods of the Dome. With his fellow cultists, he had previously been following Geddek. The group had been camping in The Fellgleam close to where the party appeared (after having crossed back to the Prime from The Feywild).

He is a natural-born cultist. The rest of his kobold crew (less Geddek) follow him happily and loyally toward the betterment of Vornaar's Fellgleam cottage and the evangelization of the Dome gospel. 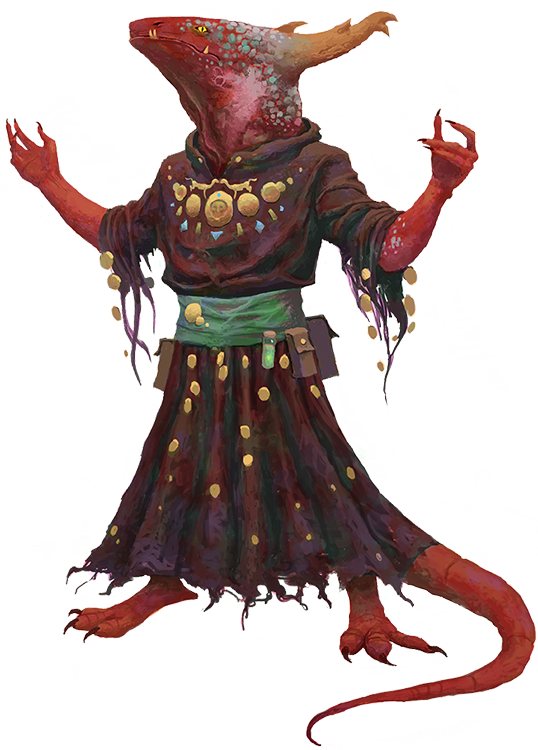 Current Location
The Fellgleam
Church/Cult
The Cult of the Gods of the Dome
Age
Unknown
Circumstances of Birth
Reborn into the grace of the Dome
Circumstances of Death
What is Dome may never die
Children
Gender
Male
Eyes
Black, full of religious fire
Skin Tone/Pigmentation
Scaly. Red.
Height
3'7
Character Prototype
Ryan Reynolds