Since the beginning of time, Ereldars have been obsessed with their magic power. They cultivate it, nurture it and take immense pride in it. It is so important in their society that magic potential quickly became a measure of social standing.
Castes were created to separate Ereldars based on their powers and the most powerful of them became known as the High-borns.
In that era, magic was a tool used in many fields and it quickly made its way into diplomacy, politics and wars. Any conflict, argument, fight could be resolved with a magic duel involving both parties.
At first, those duels were one on one, it was as simple as that. But High-born Ereldars even if extremely powerfuls, despised fighting each other risking their lives. Also, they started allowing the nomination of champions that would fight for them. The duels gained in appreciation and appeal and it quickly became a sport.
Later, the sport evolved and changed from a magic duel to become magic battles between teams of many individuals.
At some point in history, Ereldars recorded fights between multiple dozens of people ranking from High-born, medium-born, low-born Ereldars to even mages and non-mages slaves.
Many deaths are attributed to this sport, too many. One day and due to a decrease in the High-born population and other Ereldar castes, the magic conclave (most powerful authority of the Ereldar society) passed a law forbidding such fights.

It is at this time that MagiStrat was invented. The game was a board version of the magic battles fights. It was made in a way that gives an unfair advantage to the player with the most magic potential, however, as Ereldars also value intelligence, the game was also made in a way that a smart mage could win against a more powerful opponent using strategy and intelligence.
MagiStrat soon replaced magic duel and battles and became a sport and a way of resolving conflicts.

Each of these boards consists of 64 squares arranged in 8 columns and 8 rows.
Pieces can only be placed on certain boards.
A cell can only contain one piece at any given time. 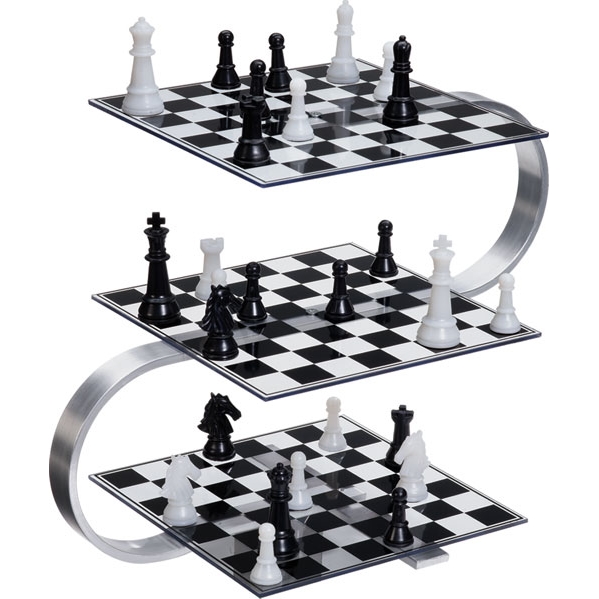 This is a human attempt at creating a similar game to Magistrat only using physical objects. An Éthérean cube is an intangible tridimensional array imbued with magic that allows MagiStrat pieces to float on their correct layers and to be moved with telekinesis magic.

Only God pieces can be placed on the Divine board.

This board is only for the Kings, the Archmages and the Priests.

All pieces can be placed on the ground board apart from Gods.

Each pieces types has capabilities which allow it to alter the game: A piece can be modified for two reasons:

God type pieces are used to enhance other pieces capabilities.

Moves:
Gods can move any number of cells in the diagonals, the row or the column of the cell they are in.

Offense & Defense:
None, this piece can't attack, be attacked, be destroyed or stolen. 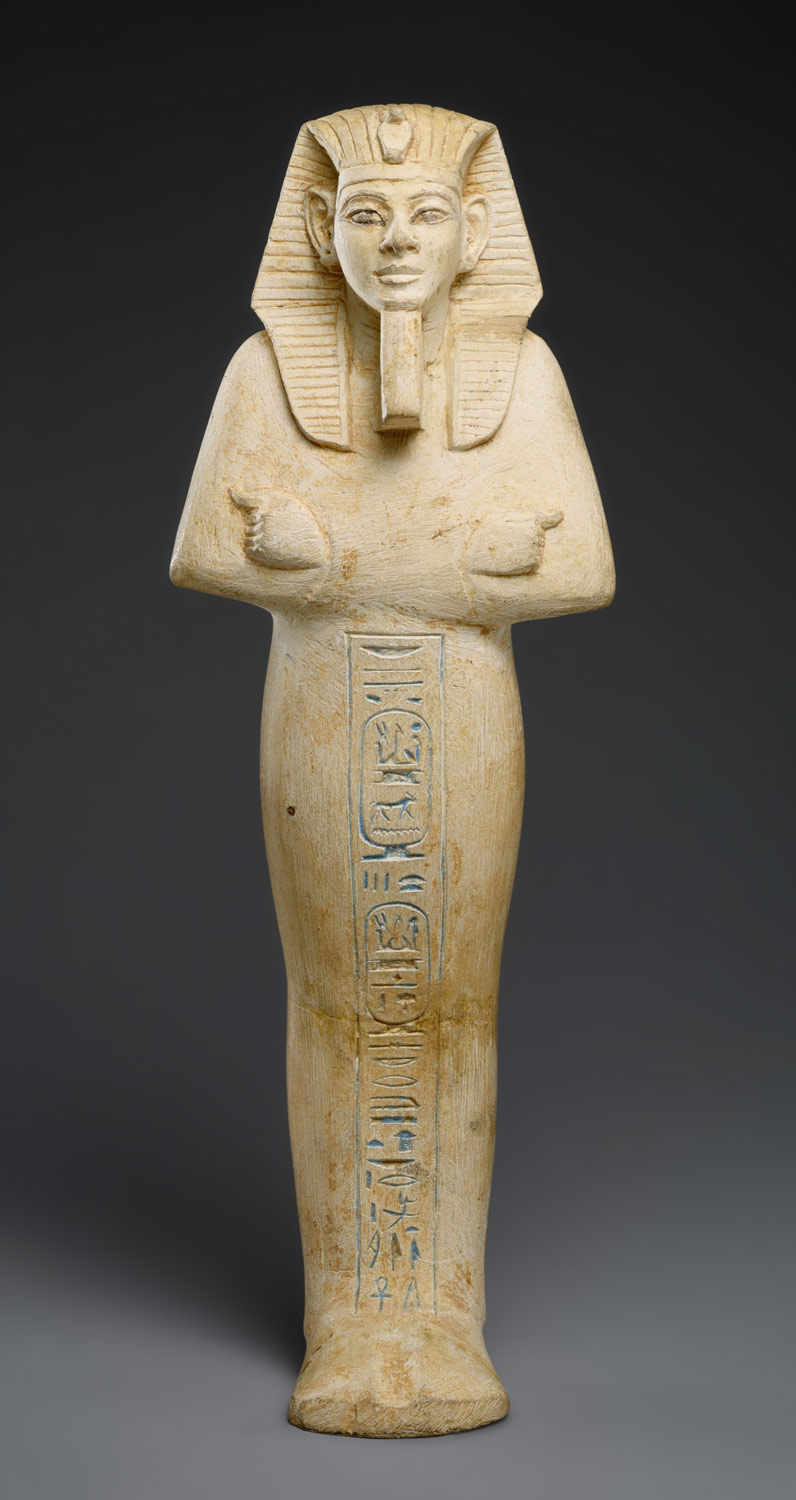 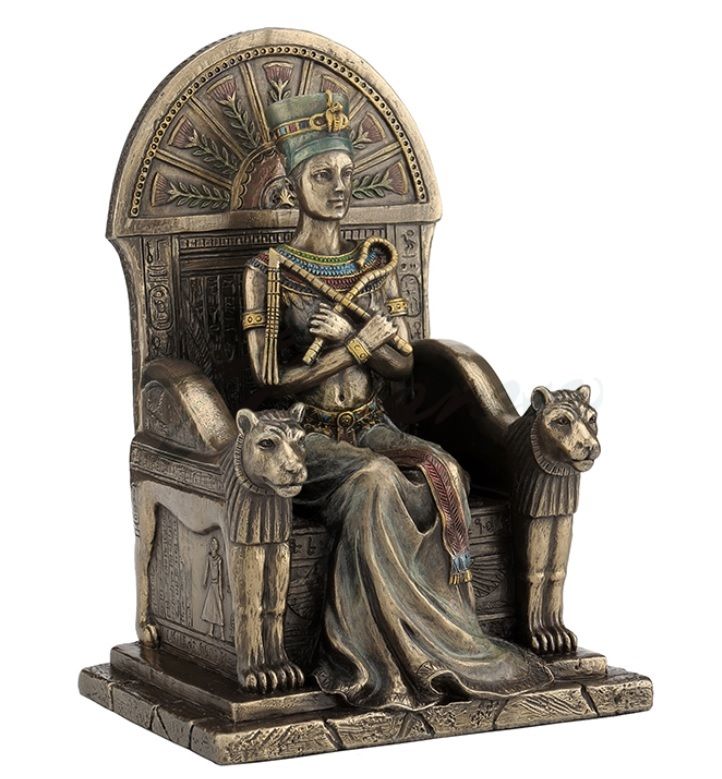 The King piece represents the player, it is the piece to destroy in order to win the game.

Moves:
The King can move one cell in any direction on both high-born and ground boards.

Offense:
The King attacks all pieces surrounding it on the current board it is on.
When attacking, the King use up to 10% of its full magic potential per target.

Defense:
The King is a piece with very high magic potential.

Moves:
The Archmage can move any number of cells in their row or column on both the high-born or ground boards.

Offense:
The Archmage attacks the first pieces in front and behind it.
When attacking, the Archmage use up to 20% of its full magic potential per target.

Defense:
The Archmage is a piece with high magic potential.

Magic:
If the Archmage destroys a targetted piece with its attack, it automatically attacks the next target. 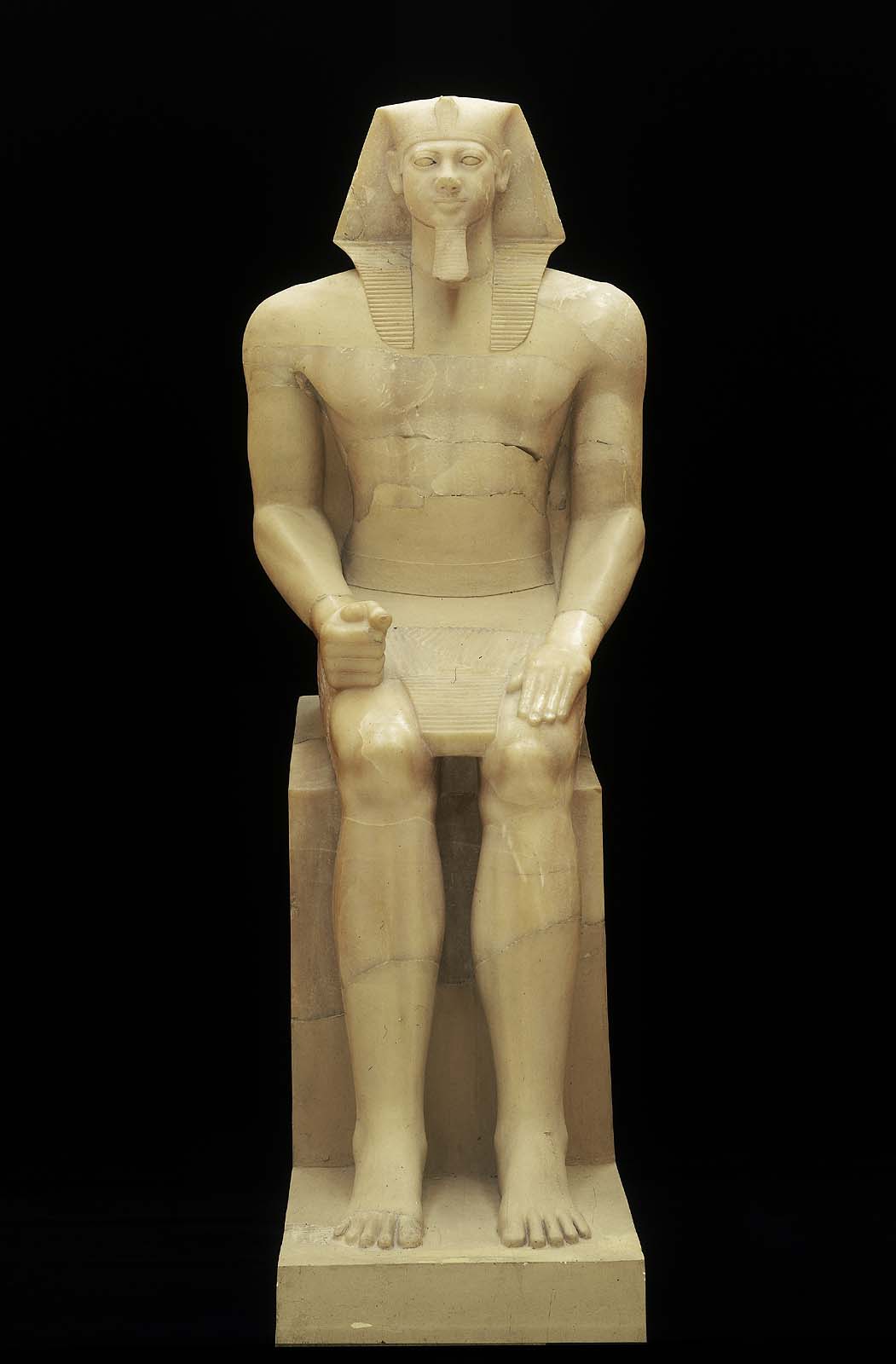 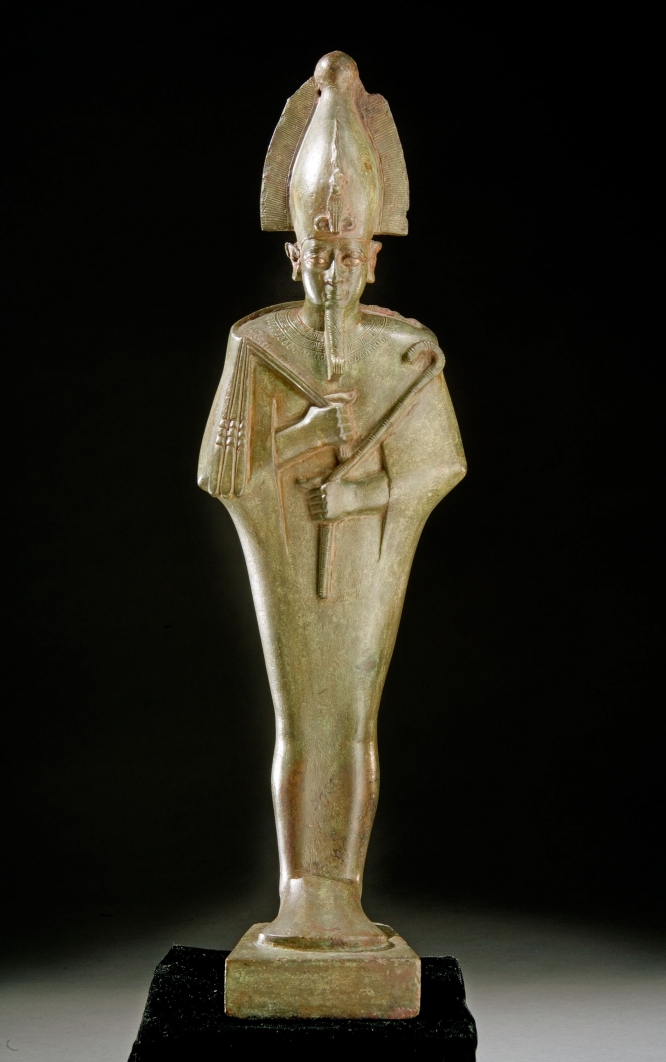 Moves:
The Priest can move any number of cells diagonally on both the high-born or ground boards.

Offense:
The Priest attacks the piece directly behind and below it.
When attacking, the Priest use up to 10% of its full magic potential per target.

Defense:
The Priest is a piece with high magic potential.

Magic:
If the target of the Priest is not destroyed by the attack, it is stolen.

Moves:
The Mage can move one or two cells forward or backward.

Offense:
The Mage attacks the first piece in front of it in its column.
When attacking, the Mage use up to 33% of its full magic potential.

Defense:
The Mage is a piece with medium magic potential.

Magic:
The Mage can jump over other pieces when moving two cells if and only if its landing cell is empty. 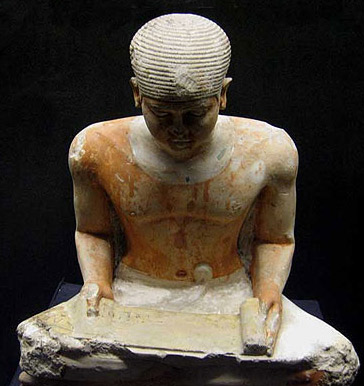 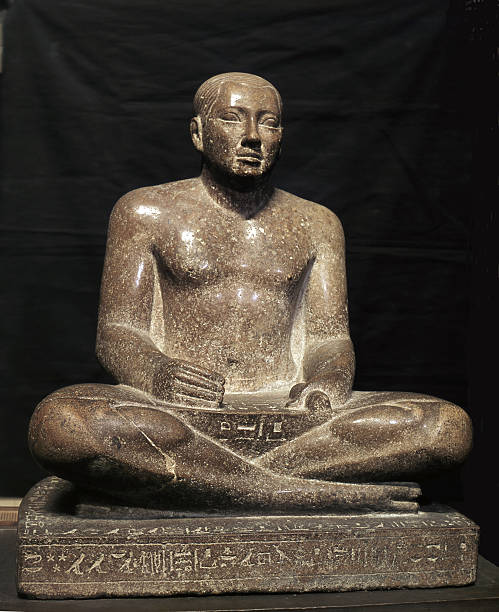 Moves:
The Apprentice can only move one cell forward or diagonally.

Offense:
The Apprentice attacks the pieces one cell forward or diagonally to it.
When attacking, the Apprentice use up to 33% of its full magic potential per target.

Defense:
The Apprentice is a piece with low magic potential.

Magic:
If the Apprentice survives an attack, the attacking piece is automatically stolen.

At the start of the game, players will place all their pieces on the different boards.
First, the ground board, all Mage pieces are placed on the first row in front of each player and the Apprentice pieces on the second row.
Then players will place all remaining pieces alternately and one by one starting with the Kings.
The King can only be placed on the high-born board in one of the first three rows in front of the player.
Following this, players can place Priests then Archmages on both high-born or ground boards on the first three rows in front of them.
Finally, the God pieces can be placed anywhere on the Divine board.

A player lose if its King piece is defeated.

A player lose if all its Archmage and Mage pieces have been destroyed or stolen and the other party King is still standing.

If after an attack both parties have no more offensive pieces (Archmage and Mage), the game finishes on a draw. The remaining magic stored in the Kings is not in any means a valid measure of victory or defeat.

Each player turn can be decomposed in 3 phases:

First the player chooses which piece to move and how.
It is important to note that a piece magic can influence the move. For example a Mage that is below a God can be moved like an Archmage.

Depending on the move made, a player can attack. Only the piece which has moved in the first phase can attack.
Here again, a piece magic can influence the attack.

This is the last step of a player turn.
It is during this phase that a stolen piece changes team, a destroyed one disappear from the board and an enhanced piece lose its enhancement if it's not anymore under a God.

If a Priest attacks an Apprentice and it survives, both pieces are stolen at the same time and each swap to the other team.

It is used as a three dimensional game area divided in 3 plans:

They are made of carved powerstone and are then infused with players magic. Each piece is artisanally made and require both skill and precision.
The magic infused in the pieces allow them to float in the Étheréan cube space, they also emit the light choosen to represent the player. This light is not only an indication of team but also of the magic potential still present in the piece. The more bright the light's shine, the more magic potential the piece hold.
The quality of the carving influence the magic potential that can be stored in the piece.
For this reason, high quality pieces are really expensive and can modify the odds of a game.

In some Ereldar high-born circles, tournaments start with every player sculpting its own pieces from a common block of powerstone in a limited time. This adds a new dimension to the game which favor the most talented sculptors.
Even if manual labor is abhorred in Ereldar's culture, strangely enough sculpting powerstone is not considered degrading and is a skill mostly praised even amongst high-born families.


Invented by an unnamed Ereldar

A solid article Arka. I especially love how deep you go into the different pieces amd board positions.

If I win the challenge, I'll develop it into a real game :)